Designed for pinpoint accuracy and easy tuning, the Integrate MX gives performance worth the price for Matthews Archery bows.

Quality Archery Designs is a kingpin in the rest arena. Its popular Hunter, LD, HDX and MXT UltraRests grace risers around the globe. The biggest reason for the company’s continued growth? Drive.

“We just won’t settle for anything less than the best,” said QAD’s Vice President Kevin Fry. “For that reason, we keep pushing the limits of rest design. We want to give those who trust in our rests the very best possible. It’s that simple.”

That’s a solid mission statement if I’ve ever heard one. I’ll take Fry’s point a bit further with my experiences using their products.

A Bit Of Background: QAD’s Lineup 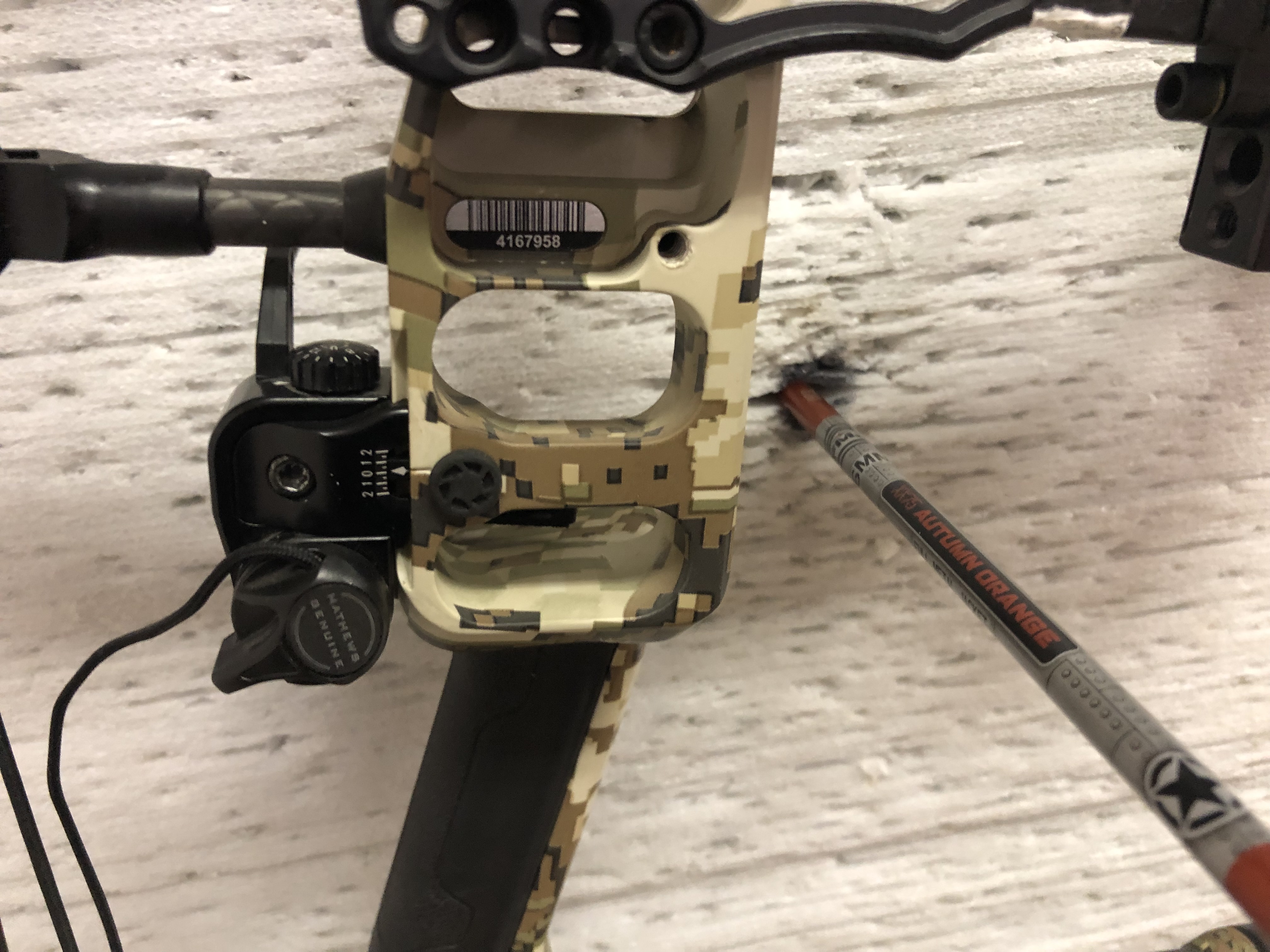 I was sold on QAD’s UltraRest HDX years ago. I loved how easy it was to set up and tune. Windage and elevation required loosening a pair of screws and sliding bars horizontally and vertically to the desired laser-engraved marks. The capture bar kept the arrow from falling off the rest. Vertical Drop-Away Technology dropped the rest only when fired, not when let down. This reduced the chances of a cagey whitetail hearing the launcher arm contact the shelf. It also dropped the rest through speed and timing instead of through inertia. Anti-Vibration Technology added an element of hush. I didn’t think it could get much better.

Then the QAD MXT was released in 2018. QAD removed the pair of set screws to adjust windage and elevation. These were replaced by a pair of screws with micro-sized dials. These dials allowed windage and elevation adjustments in .019-inch clicks. This micro-adjustability boosted tuning and allowed for enhanced precision. I loved it. Weighing only 2.9 ounces, this rest was bombproof and had the much-loved features of the HDX.

For 2019, QAD raised the bar yet again. In an exclusive partnership with Mathews, QAD launched its Integrate MX. Taking rest design to a level never seen before, the MX mounts to the face of the riser and doesn’t use the Berger hole. This eliminates the need for a mounting bar and further reduces weight. Mathews added a pair of slits on each side of the Vertix’s riser, just above the bow’s shelf. Using QAD’s Integrate Rail Mounting System, the MX simply slides into the dovetail and locks down. Auto Leveling Technology ensures the rest will be automatically level. This system also eliminates the chances for the rest to ever rotate up or down on the riser.

Setting up the Integrate MX Rest 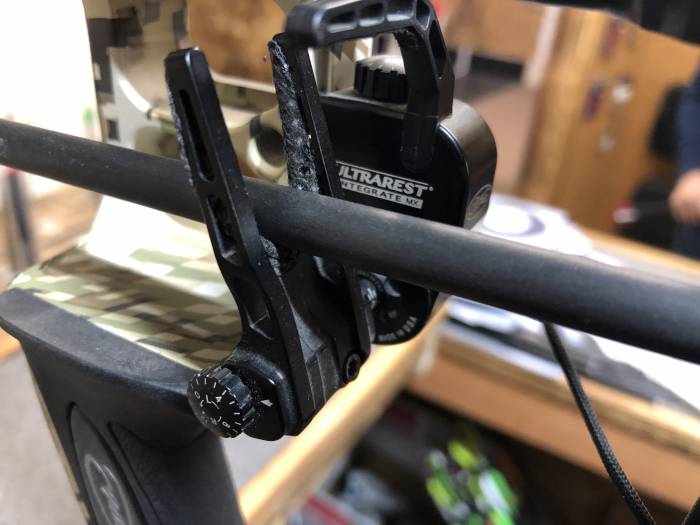 This rest makes me smile. Not only is it loaded with purposeful technology, but it was a breeze to set up. The Integrate MX mounts to the riser’s face via the dovetail system and a single clamp. This one clamp prevents the rest from moving, which allowed me to easily make all of my vertical and horizontal adjustments. Once the bow was tearing perfect holes through the paper and swapping bare shafts with fletched, I locked down the second clamp. This clamp further secures the rest to the riser, and after months of testing the rest, it hasn’t moved.

I was thrilled to see the tuning marks back on the Integrate MX. These marks ensure perfect timing. As you draw your bow, make sure the white-line mark on the thumb-cocker lines up with the white arrow on the lower right side of the rest’s base. It’s that easy. When these two line up, the rest is good to go.

The Integrate MX comes with a number of launcher-arm liners. These sophisticated liners keep arrows from contacting the launcher arms, which would create game-spooking noise. QAD has also redesigned the launcher arm. It is no longer plastic, but rather machined from 100 percent high-grade aluminum. Of course, the rest offers full containment and other proven QAD technologies like Anti-Vibration and Vertical Drop-Away. 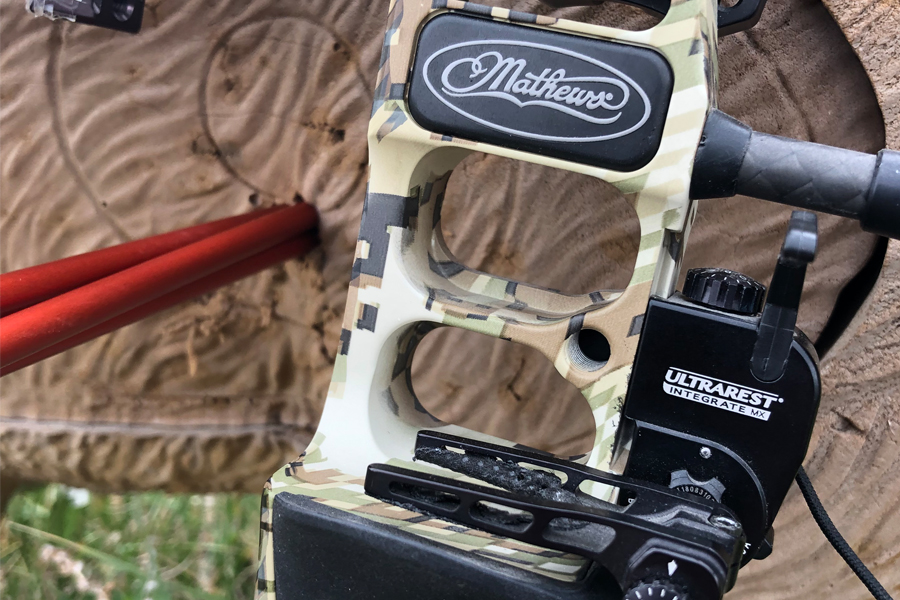 If you purchase the new Mathews Vertix and don’t purchase the MX Integrate rest as an accessory, I believe you’re selling yourself short. This rest is quiet and functional, and it promotes shot-to-shot consistency. It’s an ideal rest choice for target archers and bowhunters alike.

To date, I’ve fired more than 500 arrows through the QAD Integrate MX. It has yet to fail me. In late November, I harvested a mule deer in a massive whiteout snowstorm. The wind chill pushed the mercury below 10 degrees Fahrenheit, and though my rest was covered in snow and ice, it performed flawlessly. My shot on the mule deer was 12-ring perfect.

In addition to in-the-field success, I’ve shot great 5-Spot and 3D scores with the rest. I’ve stretched the distance of the Vertix to 120 yards with fixed-blade heads, and I’m still accurate.

I’ve received many emails asking about QAD’s plans to partner with bow manufacturers other than Mathews. To get some answers, I went straight to the source.

“Plans are in the works to offer the Integrate MX on other bow models,” said Fry. “We really believe we have something special with this rest. The way it mounts to the bow eliminates so many problems. I think the elimination of the Berger hole is huge, and we are getting some interest from other bow manufacturers.”

This is an innovative rest designed to eliminate tuning problems and promise perfect shot-to-shot consistency. If you do your job, you can count on the Integrate MX to perform each time you let your string loose.

Up Next: A Sporting View on Mental Health With Hunter and Musician Dave Brinker

Saving…
A Sporting View on Mental Health With Hunter and Musician Dave Brinker
Lowest Price Yet: Get Your YETI Hopper Two Now
×