From the classic to the crazy, keep these fall streamer patterns in your box and these fly fishing tactics on your mind.

There’s very little in life that beats autumn. Crisp mornings, fall rains, and the arrival of hunting season all hearken the season’s change. For those who fish, however, cooler weather means the time has come to change out the fly boxes and bring the waders out of storage.

We’ve outlined a few of our favorite fall tactics for fishing streamers below. This can be the season to get into big, aggressive brown trout. Don’t be afraid to fish larger streamers. 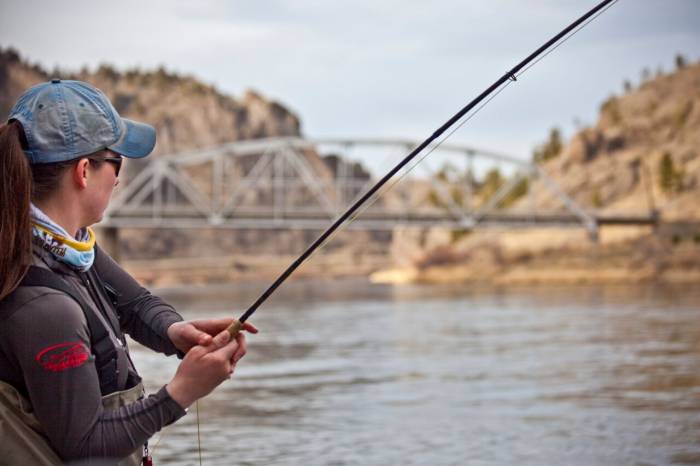 Change up your streamer tactics every now and then. Some fisheries dictate a fly tossed hard up against the bank and stripped quickly back to the boat. Others call for a slower strip that lets the fly sink significantly each time.

Strip or Swing: Your Choice

While stripping a streamer imparts a “swimming” motion to the fly, many anglers opt to swing flies. Cast across the water and allow the current to carry the fly downstream, lifting it in the water column as the line comes taut. Both are effective and can be used with success in different waters. 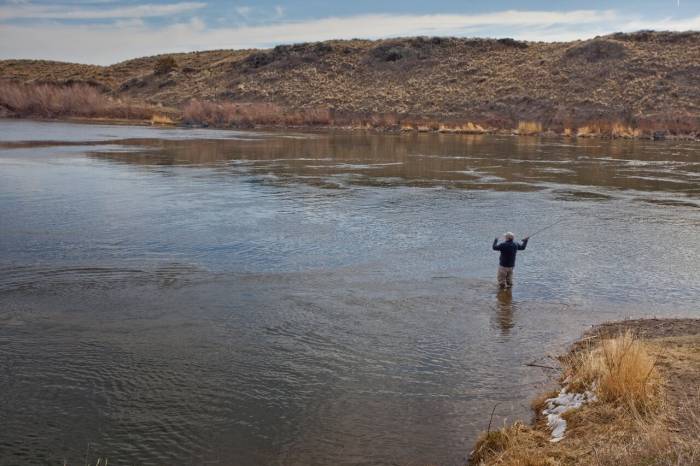 Remember that streamers are designed to imitate a wounded baitfish — therefore, there are no hard-and-fast rules. A real baitfish would be erratic in its behavior. Don’t be afraid to mix up strategies.

One note for autumn anglers: Learn what a redd, a trout’s spawning bed, looks like. As the days turn chilly, brown trout start working into their spawning season. This spawning season often continues through October (and sometimes later pending on the fishery).

A redd can be easily spotted by the bright, clean gravel that’s been turned over by the trout to create a place for laying eggs. Often, anglers will spot a trout easily on the clean gravel.

Pause and ensure you aren’t pulling a trout off a redd. It’s poor form, and common sense dictates we need these fish to make more little fish for the future.

Streamers for the Fall Season 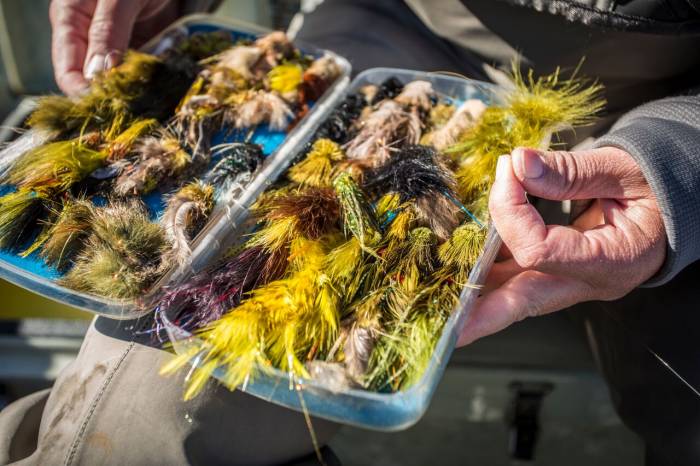 As we turn the corner into fall, make sure your streamer boxes are well stocked and ready for the coming months. We’ve outlined some of our favorite flies below, highlighting old-school classics and newer patterns with a bit of attitude. 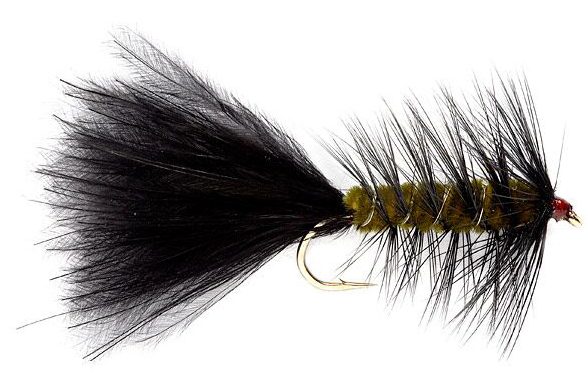 Arguably the most popular streamer on the water, the Woolly Bugger is a fly pattern most anglers have probably fished. Easily recognizable and a fairly quick pattern to tie, the Woolly Bugger can imitate anything from minnows to crayfish, sculpins to leeches, and can be fished in many different ways.

Over the years, a plethora of patterns spun off from the original, including the Hot Cone Woolly Bugger, the Krystal Bugger, and the Conehead Rubber Bugger. The addition of a conehead will help the fly sink faster, and adding different flash materials into the body can help “catch the eye” of a picky fish. Most anglers carry several iterations of these patterns in their streamer boxes, especially as fall days grow colder and the fish become more active.

The classic Woolly Bugger is available in a variety of colors, the most common of which are white, black, olive, olive/black and tan. It comes in sizes 4-10, available on Orvis.com for $1.79. 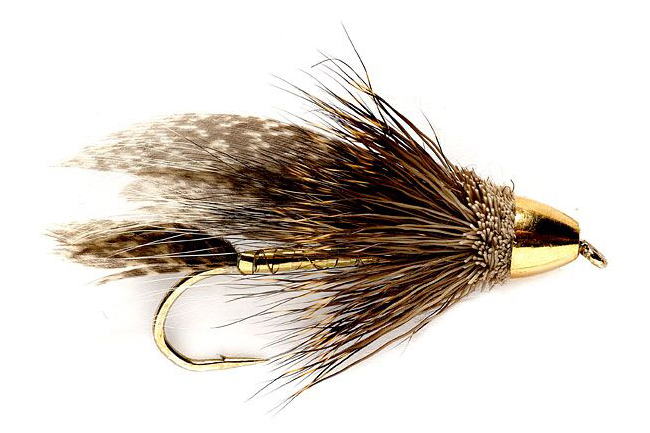 On the water for more than 80 years, there’s a reason the Conehead Muddler Minnow can be found in many fly boxes around the world. When Minnesotan Don Gapen first invented this sculpin imitation in 1937, he had no way of foreseeing what a classic it would become.

Originally crafted for brook trout in Ontario, this minnow imitates darting baitfish and is available in several iterations: without the cone head, with the conehead for faster sinking, and with an added strip of rabbit (which turns it into the Conehead Bunny Muddler) for increased lifelike movement.

It’s most commonly available in brown in sizes 4-8, available on Orvis.com for $2.99. 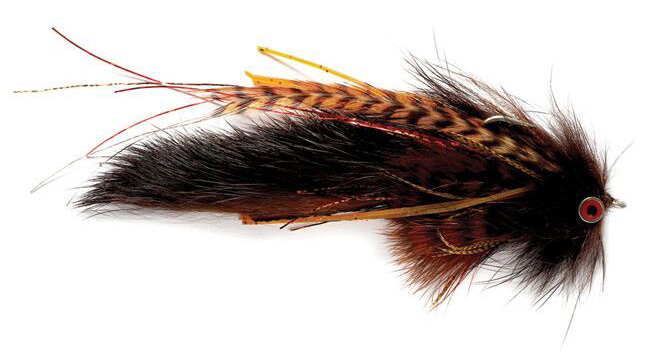 This is the pattern you want on your line with fishing water that’s holding sculpins or high numbers of small baitfish. Schultzy’s S3 Sculpin brings realistic movement and profile together in an appetizing package. Multispecies anglers will find it wildly effective for smallmouth bass as well as early- and late-season trout, making it a versatile fly worth keeping well-stocked. 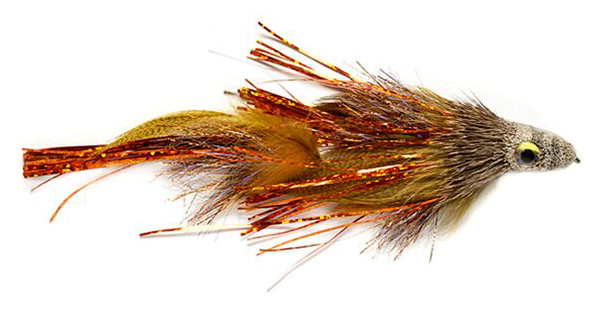 This one is a favorite of serious streamer anglers. Tommy Lynch, a full-time fly fishing guide in Michigan, developed the Double D. A guide for over 20 years and a fly angler for over 30, Lynch has had plenty of time to perfect several seriously effective streamer patterns.

The Double D has a cult following, and for good reason. The wedge-shaped design cuts through the water, creating a natural flash motion that’s seemingly irresistible to fish. Its full, fluffy body offers a compelling profile as the fly digs through the water. Strip it slow, strip it fast, or mix it up for the full effect.

It’s available in orange/olive, white pearl, and olive/gold in size 4 on Orvis.com for $7.99.

The spirited little brother of Lynch’s Double D, the Mini Drunk and Disorderly is a compelling wounded baitfish imitation. Fish this flashy little streamer with plenty of erratic action and irregular strips to mimic a panicked baitfish — the deer hair and flash can catch the eye of fish who may overlook a more traditional streamer.

The small (yet mighty) 3-inch streamer is tied on a single articulated hook with a head coated in Clear Goo UV-resin. This creates a wedge that drives through the body at a new angle with each retrieve. The fluttering, flashy motion is a win for brown trout on the prowl.

It’s available on Orvis.com for $6.99 in white, olive/orange, or golden olive.

Many streamer anglers hold a degree of affection for rabbit or “bunny” flies. Something about the way a strip of rabbit moves through the water seems to be irresistible to large trout — especially when fished tight to large snags and good structure. The Hawkins Triple Double features a large strip of rabbit, joined by generous dumbbell eyes (which also help it drop quickly in the water column) and rubber legs.

The Triple Double is available in rainbow (designed to imitate a rainbow trout, not the arc in the sky), brown, and black in size 4 on Orvis.com for $3.99.

A favorite of bass and panfish anglers, the Freshwater Clouser also deserves a mention as a trout fly. The simple pattern is a lighter-weight version of the famous saltwater Clouser fly.

It’s a simple baitfish pattern that sometimes proves to be the magic ticket. A bit of flash adds attraction. Don’t be afraid to strip it in a variety of ways and see what happens. 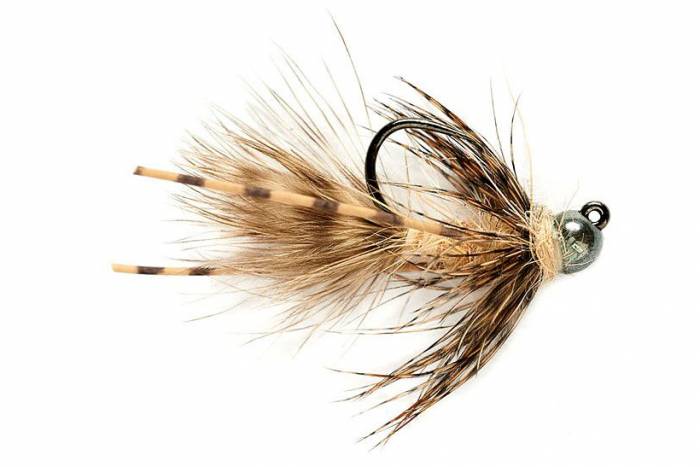 This little streamer is tied on a jig hook. This effective trick is making quite the splash in the European competition scene. A tungsten head ensures it drops quickly while the compact body makes it easy to cast without the backbone of a “streamer” rod.

Fishing dries, but suddenly the sun’s come out and the bite has stopped? Tie on this jig bugger, fish it like a streamer, and see what happens. It’s best fished as you would a traditional streamer or dead drifted under an indicator. 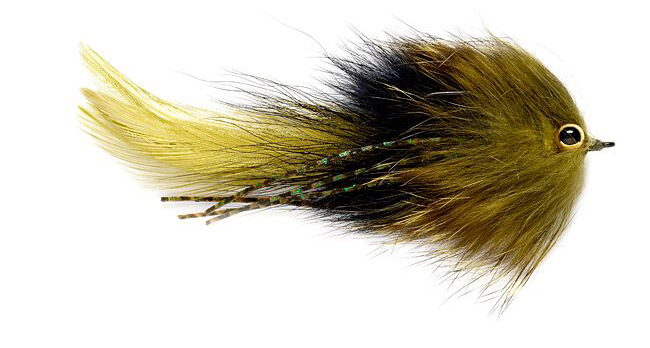 Big fish love this pattern’s big eyes and rubber legs. And a bit of marabou just seals the deal. Fish slow and deep or fast and shallow. The intriguing profile of this streamer draws in ambitious meat-eaters. It can be surprisingly versatile depending on how it’s stripped. Stock up on several colors. 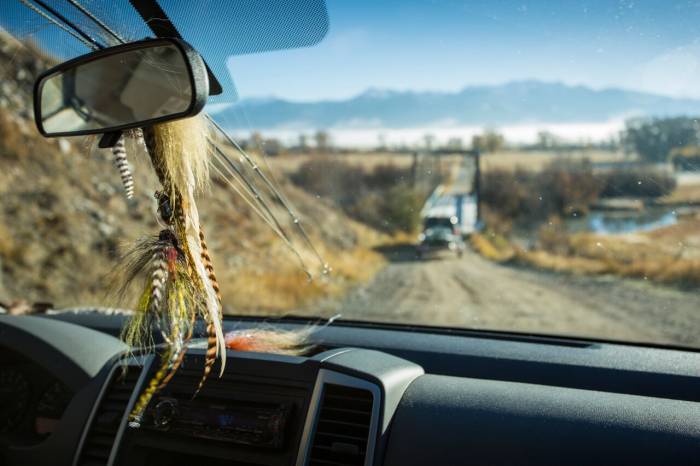 Above all, simply get outside and enjoy the autumn weather. Get creative with your streamer tactics — don’t be afraid to strip slow then fast, or vice versa. Sometimes it takes a little experimentation to see what the fish are eating.

Fall is perfect for that articulated beast that’s been taking up space in your box. This is its time to shine. Use strong hooks and ensure they’re sharp. This is also the season for flies with a dash of orange. For some reason, brown trout simply react to the color in the fall months.

Bring along a variety of streamers, from the large and articulated to the humble (and effective!) clouser. Keep an eye out for redds, layer up against cold winds, and pack that extra thermos of coffee. With a little bit of preparation, fall streamer fishing could be your most productive angling of the year.

Up Next: Simple Ideas to Get the Family Fishing