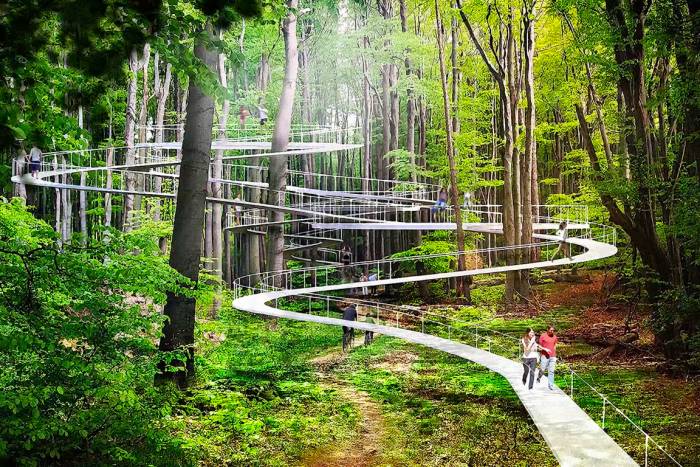 Designers of a planned “central park” in Turkey believe the key to get more people recreating outdoors is to trick them into it. 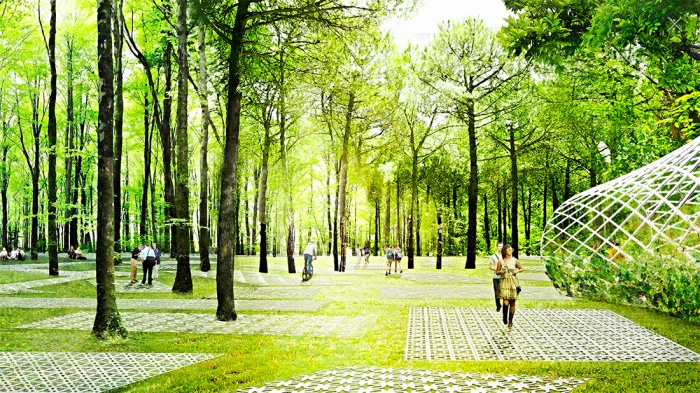 First conceived in 2013, with stunning renderings released this spring, Parkorman aims to make wild places less intimidating and more approachable for city-dwellers. When complete, it will span more than 365 acres of woodland and natural plains, and create minimally intrusive avenues for people to “fall in love with nature again.” 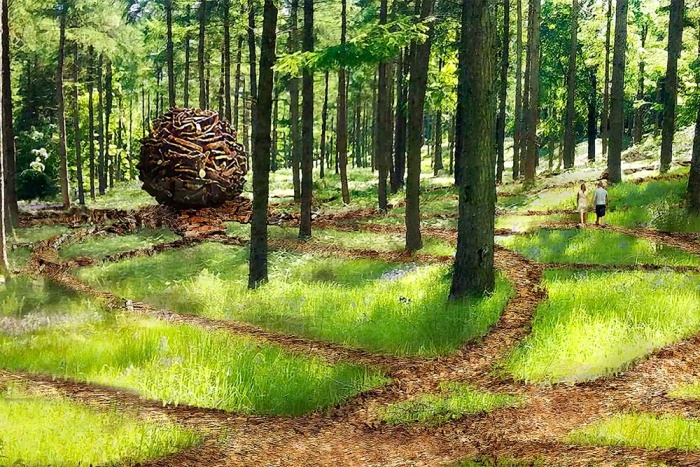 Parkorman will sit six miles north of Turkey’s capital city, and be the largest central park in Istanbul. But its size is not the main attraction. 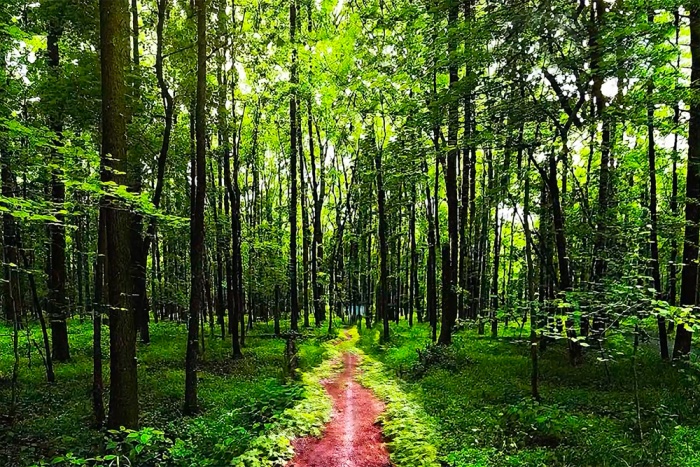 Inside the park are five different “zones,” positioned and designed to be at first inviting, then increasingly more exotic. 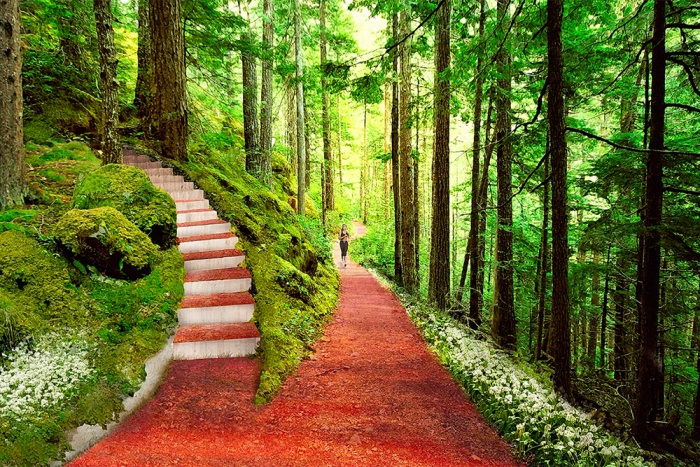 Visitors enter the park at The Plaza. Here is a wide open gathering space that looks similar to many urban green spaces. Non-linear pathways promote wandering and venturing further into the park. They also make repeat visits unique from previous ones. 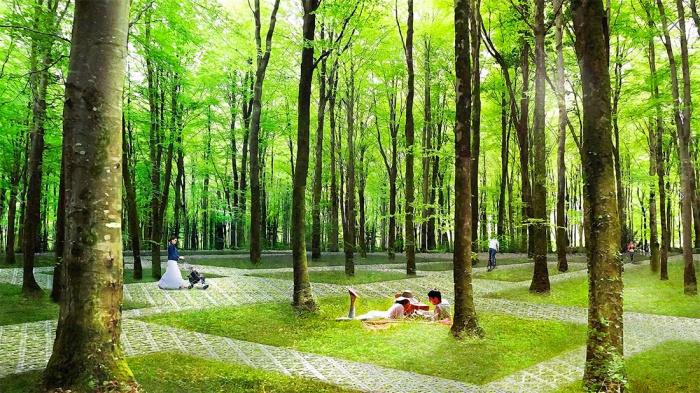 As people make their way through into deeper woods, they enter The Loop. Hammocks and swings hang from trees. Designers hope this space promotes interaction and activity among visitors. 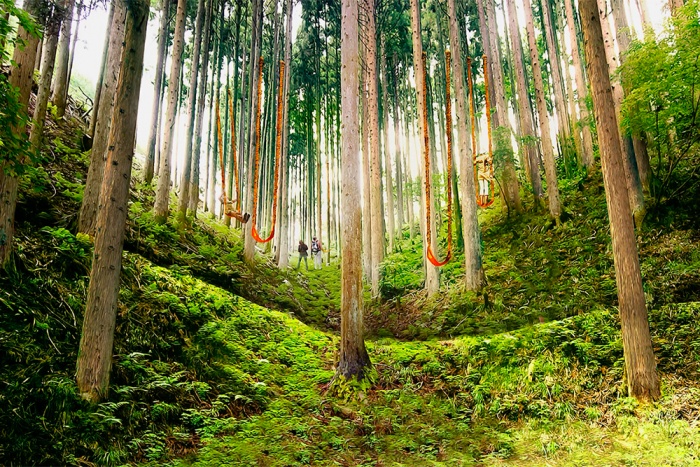 Adjacent to The Loop is The Pool, an even more bizarre feature smack in the middle of the woods. In addition to play areas for kids and adults, The Pool will have—I kid you not—a giant ball pit. 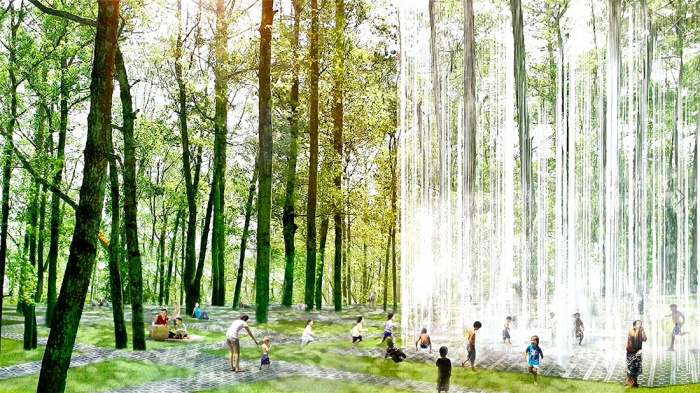 If that’s too weird, keep jogging, walking, or biking through to The Chords. This is the area of reflection, according to Dror architects. Elevated walkways ascend high above the ground and twist around trees. One of the city’s mandates for Parkorman was that no tree be altered or removed. 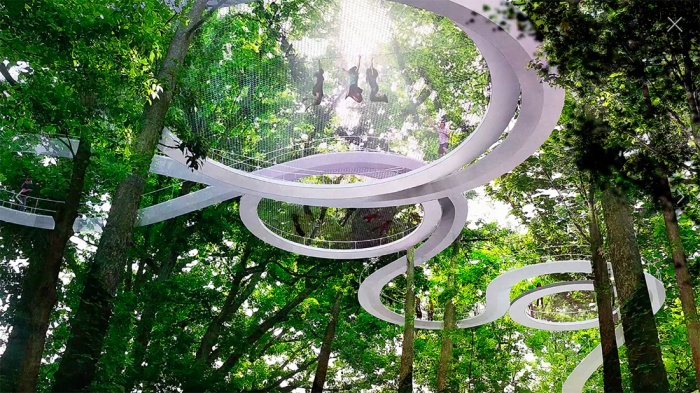 Suspended between the walkways will be wide open trampoline nets that people can walk or lie down on. 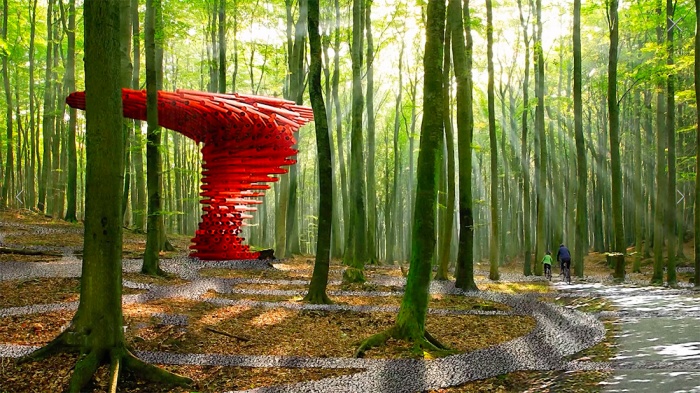 When you’re ready to leave there, keep trekking deeper through a “maze-like trail,” past a variety of sculptures, until you encounter a giant, house-sized block of cascading water. 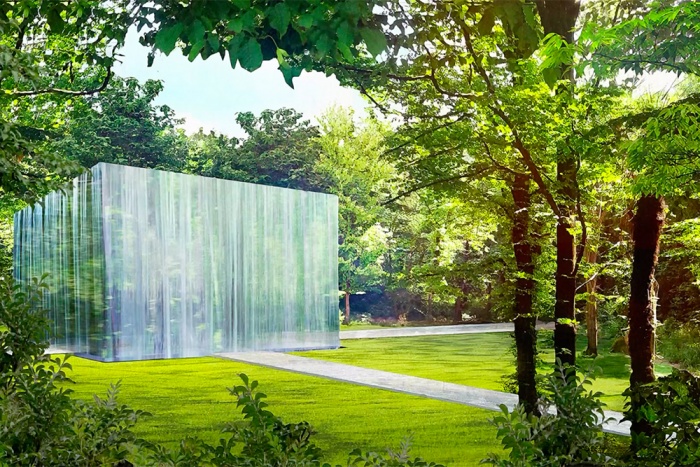 The Fountain Of Clarity

Yes, there in the middle of the woods will be one of the crowning features of Parkorman: The Fountain of Clarity. 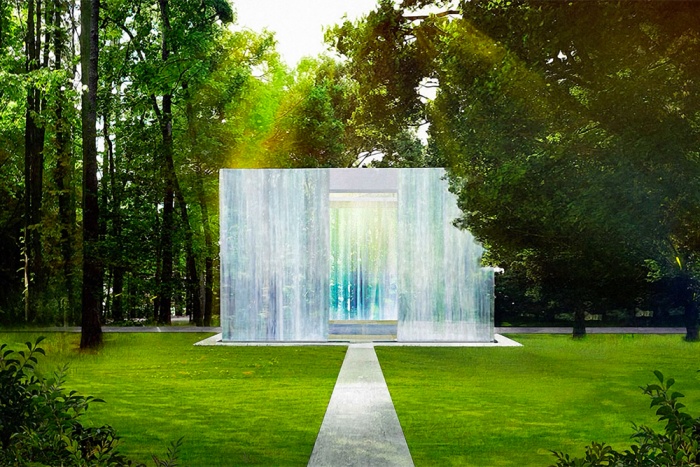 According to Dror’s website, this massive, man-made water cube has four walls of water and one hydraulic piston that creates an opening, like two aqua-curtains that part for people to enter. There’s no rooftop, and whatever you see inside that fountain must never be spoken of to anyone, ever. 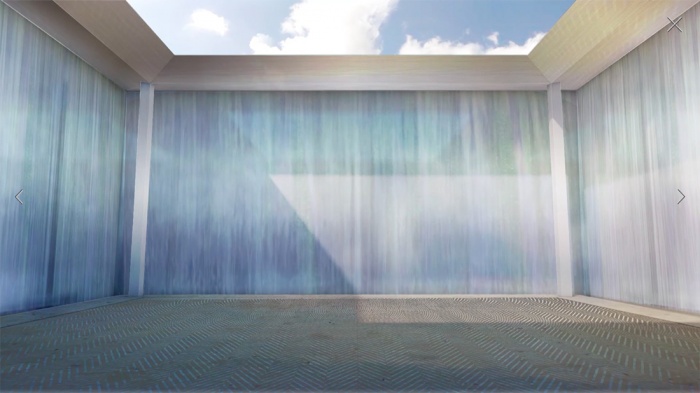 OK, that last part’s not official. But it would be in keeping with the out-of-this-world vision that’s behind the rest of this park.

No word yet on when it’ll be finished, but Dror told us it has approval from all authorities to move ahead, and it is just waiting on the developer. 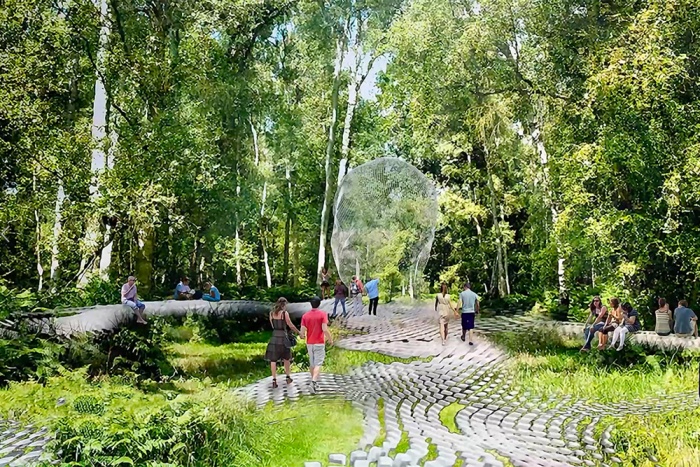