KEEN invites you on a public lands camping trip. Its goal? Simple: Share stories from diverse perspectives and deepen our understanding of what public lands mean to us.

An excellent storyteller keeps you on the edge of your seat around the campfire. The key to captivation? Enthusiasm, sincerity, and familiarity. Naturally, the folks who frequent a given landscape the most will have the richest stories to share. But they’re not always heard.

Cue “Story Camp” projects, an ongoing community event that brings people together on public lands across the country to share — and record — their stories about those lands.

Launched by KEEN Footwear, the mission is to harness the power of oral storytelling and help Americans reach a broader, deeper understanding of our public land usage nationwide.

The day camps include outdoor activities: anything from hiking to paddling and fishing depending on the terrain. At the end of the day, backcountry dinner and campfire storytelling await campers. Speakers volunteer to tell their stories, which are recorded. The evening becomes a contributor-generated chronicle of that location’s history.

“We want to widen the tent of stories that we [as a national culture] know, which includes educating on different perspectives from diverse perspectives,” said Mark Steinbuck, KEEN grants and community specialist. Steinbuck’s role is within the brand’s corporate responsibility team. He tackles three goals: to give back, take action, and reduce impact in the supply chain. 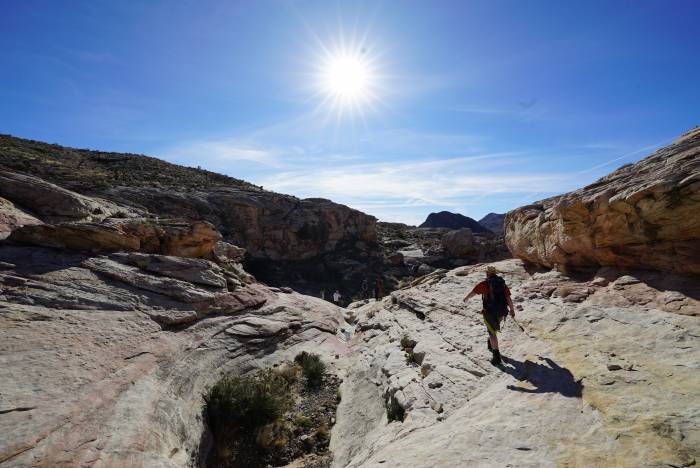 “At Story Camp, we want indigenous voices, ATV users, miners, police officers, ranchers, and local users to take the microphone and fill the landscape up with their local stories about their personal history, recreation, experiences, work, and the ecology of those landscapes,” Steinbuck said.

KEEN intends for the camps to be ongoing.

“Each Story Camp is an on-site celebration of a landscape that’s threatened. Each landscape has something to gain by an increased participation and knowledge of that place from the public,” said Steinbuck.

KEEN will publish multimedia features on its website using the audio, photo, and video content captured from each session. That way, anyone can learn what the local stewards think and believe about that land.

Story Camp is open to the public and free of cost. KEEN plans to launch the Story Camp landing page on its website July 1, 2018.

RSVP for the next Story Camp, at Sutton Mountain, here. Want to camp? Sleep under the stars and wake up to a breakfast served by KEEN. (We can vouch: KEEN chefs are top-notch.)

Up Next: VC Funding, Pro Consulting: Become the Next Big Brand at ‘The Pitch’