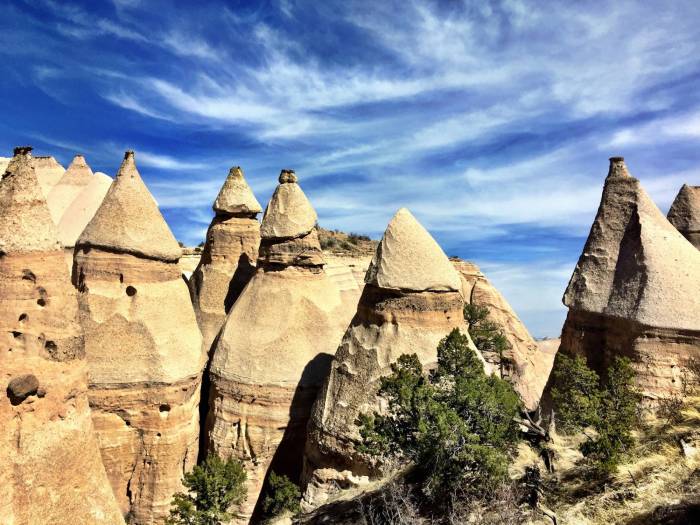 The idea of a cross-state recreational trail in New Mexico has been in the works for years. The state-approved Rio Grande Commission is overseeing the trail’s development.

New Mexico is exploring the potential for a state-long, river-bending trail to attract tourists and preserve the cultural and natural heritage of the land. Advocates suggest the Rio Grande Trail could take the state’s already multibillion-dollar outdoor recreation to new levels.

“They tie together not just beautiful views and natural areas, but also the nearby communities and the history of the areas the footpath travels through,” he said.

“They offer both the opportunity for individual adventure and for a collective celebration of the culture that makes these places irreplaceable parts of the American experience.”

The State of Statewide Trails

Neighbors Colorado and Arizona already have their own long-distance trails. Designated National Scenic Trails, which must be at least 100 miles long, are popular attractions throughout the country. And there’s one they all emulate: the mighty Appalachian Trail, running from Georgia to Maine. Over 3 million people visit that trail each year.

And New Mexico headed down a similar path. In 2015, the state legislature established the Rio Grande Commission to explore the viability of a trail along one of the state’s most enduring natural features: the Rio Grande River.

The Rio Grande splits the state in half vertically. At the northern border with Colorado, it starts at the tail end of the majestic Rocky Mountains. At its southern terminus, a completely different landscape exists the wild desert where New Mexico and Texas border Mexico.

Along the way, the Rio Grande River smashes through ancient volcanic rock canyons near the Taos Pueblo.

Where the Rio Grande Trail Goes From Here

The Rio Grande Trail already contains about 50 miles of dedicated trail. Federal agencies and conservancy districts are on board for about 100 more along Middle Rio Grande. But these things take time to develop, like the features they’re meant to help protect. For example, the idea of the Colorado Trail was first conceived way back in 1973.

But Peter Livingstone, part of the Southern New Mexico Trail Alliance, is up for the adventure — even if it takes a while.

He’s one week into the Rio Grande Trail September scouting mission. His team is looking at the right routes but also key peripheries such as scenic views, campsites, water sources, and local supply offerings.

The legwork appears worth it. He recently posted on the team’s Facebook page: “That muddy Rio Grande water is starting to taste pretty good. It’s in my veins now, and I think in my soul too.”