From vivid supermoons to dazzling meteor showers, here are five upcoming and accessible celestial events that you won’t want to miss.

There’s something deeply humbling about watching the skies, something profoundly human, and there are few better ways to feel more in touch with nature than by enjoying some of the universe’s most impressive offerings. 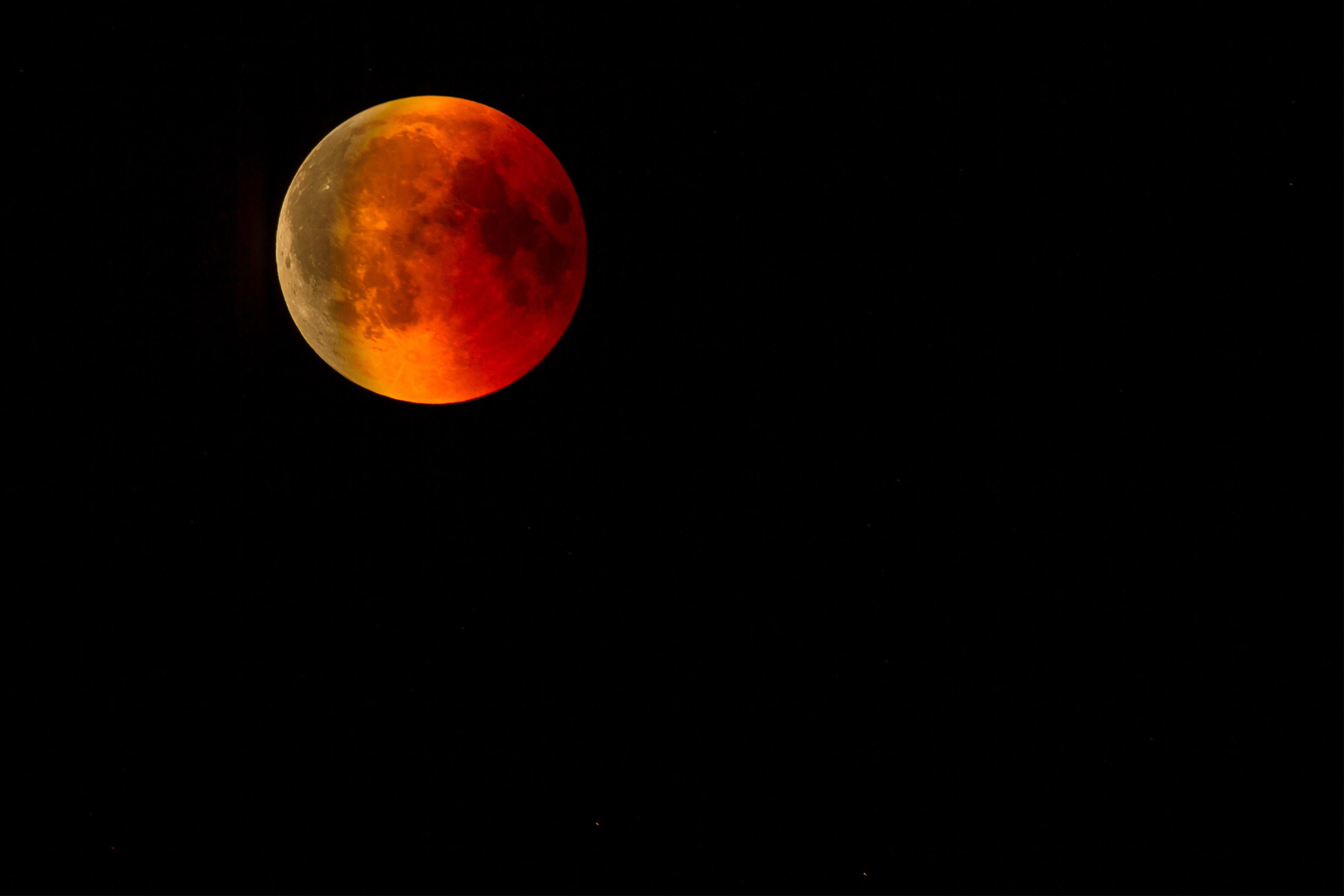 May saw the first total lunar eclipse of 2022 produce a super flower blood moon. Visible to half of our planet, this glorious spectacle drew millions of eyes and lenses to the skies, but there’s no need to worry if yours weren’t among them, because 2022 is set to feature a rare second twin eclipse.

Want to know the best places outside for catching these moon, meteor, and planetary views? We’ve got them. 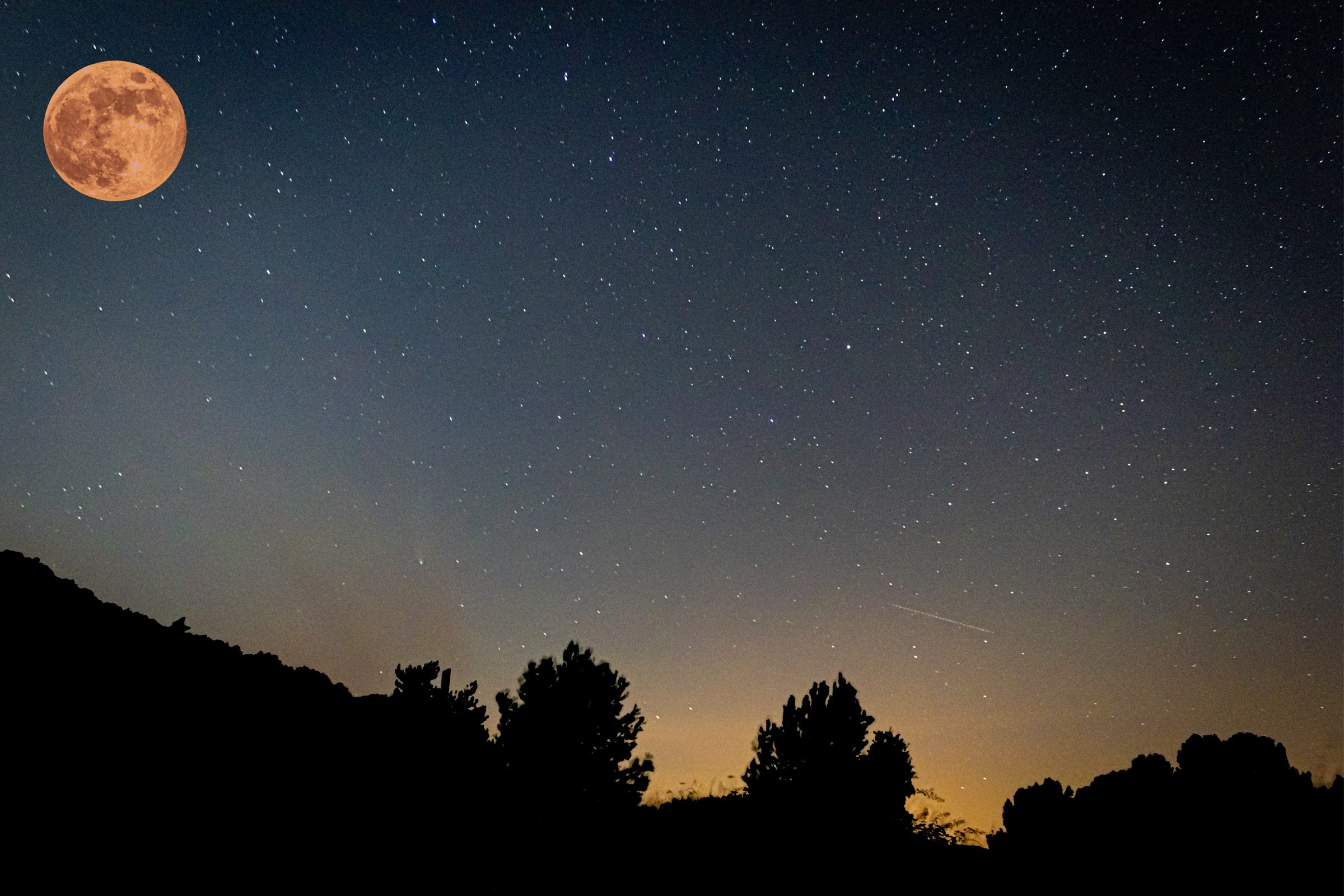 Look east on the morning of June 14 and you’ll witness the second of four back-to-back supermoons. A supermoon is essentially a full moon that occurs relatively close to Earth, causing it to appear notably larger than usual.

Dubbed a “strawberry supermoon” not for its color, but for the fact that it coincides with the ripening of summer fruits, it’s sure to be a spectacle to behold. It will occur around 7:50 a.m. EDT on June 14, just ahead of the June 21 Summer Solstice.

Supermoons are a great option for novice stargazers, because they’re visible to the naked eye from practically anywhere on Earth, and are quite difficult to miss!

Where to view: Anywhere looking east, but bonus points if you are somewhere with a clear, unobstructed view of the sky above (like a coastal town along the Atlantic looking out toward the ocean). Alternatively, The Virtual Telescope Project in Ceccano, Italy, will host a free livestream of the full moon on Tuesday, June 14, as it rises over Rome.

From June 18 to 27, astronomers and sky watchers are in for a real treat, as Mercury, Venus, Mars, Jupiter, and Saturn are forecast to align in order of their distance from the sun. The best moment to take in this rare sight will likely be on June 24, when a crescent moon will join the five “naked eye” planets.

As an added bonus, those with low light pollution levels and stargazing binoculars may even be able to spot Uranus as it joins the other five to form an extra-rare six-planet alignment.

Where to view: For the clearest skies, consider gathering some friends and heading out to one of the 423 National Park Service units.

With a potential rate of 100 meteors per hour, the Perseid shower is the one to see. Experts predict this particular event will bring many fast, bright meteors with trails, so it should make for quite a dramatic display.

A favorite among meteor hunters, the Perseid shower is named after the constellation of Perseus, from which the meteors appear to originate.

Another great thing about this one is that you can experience it from practically anywhere on Earth, providing that the skies are clear and light pollution is minimal.

Where to view: For the best possible vantage, it may pay to visit a local designated Dark Sky area. Wherever you see it from, remember to make a wish!

Whereas a lunar eclipse occurs when Earth casts its shadow on the moon, a solar eclipse is when the moon passes between the sun and the Earth, blotting out a portion of sunlight from our perspective and producing a warm orange crescent in the sky.

Where to view: Visible over Europe, northeastern Africa, and western Asia, the October partial solar eclipse should be a striking celestial sight, and a great option for the night owls among us.

If you missed May’s super flower blood moon, you’ll want to mark this one in your diary. November brings its twin eclipse, which should result in a large, rouge-tinted moon. A blood moon occurs when Earth prevents most direct sunlight from reaching the moon and scatters the high-frequency blue light, allowing only the remaining red light to reach the moon’s surface.

It’ll be visible to people across North and South America, as well as much of Europe and Asia. Those in the western U.S. and Canada will have the opportunity to experience the event in its entirety, but there’ll be plenty for the rest of us to see too.

Where to view: Some of the very best views may be from western areas with wide-open spaces, such as Joshua Tree National Park and Mount Rainier.

Watching our skies is a joy, and 2022 isn’t short of opportunities to do so. If you’re interested in a dedicated sky-watching trip, take a look at some guided stargazing tours.

Wherever this summer’s and year’s adventures take you, don’t forget to look up.

The Best Binoculars of 2022

Whether birdwatching, route-finding, or hunting, you need the best binoculars to optimize your time spent outdoors. Read more…

Give creative master Nico Vuignier a fistful of 100W LEDs, a pair of skis and a cloudless night. The result is a beautiful and creative video of wicked good powder skiing. Read more…

Up Next: Opinel Celebrates the Tour de France With Limited-Edition ‘Yellow Jersey’ Knives

Saving…
Opinel Celebrates the Tour de France With Limited-Edition ‘Yellow Jersey’ Knives
Save on Bass Outdoor, Kammok, Beyond Clothing, and More With These Gear Deals
×