Oregon’s Smith Rock found itself smack in the Path of Totality this week. That thin band across the country, in which the moon completely blocked the sun, drew thousands of eclipse chasers.

Adventure photographers Ted Hesser and Andrew Studer were among them, as was Joshua Van Patter and others.

They planned, measured, and waited… hoping to capture a once-in-a-lifetime image for a shoot sponsored by Columbia Sportswear and Goal Zero. 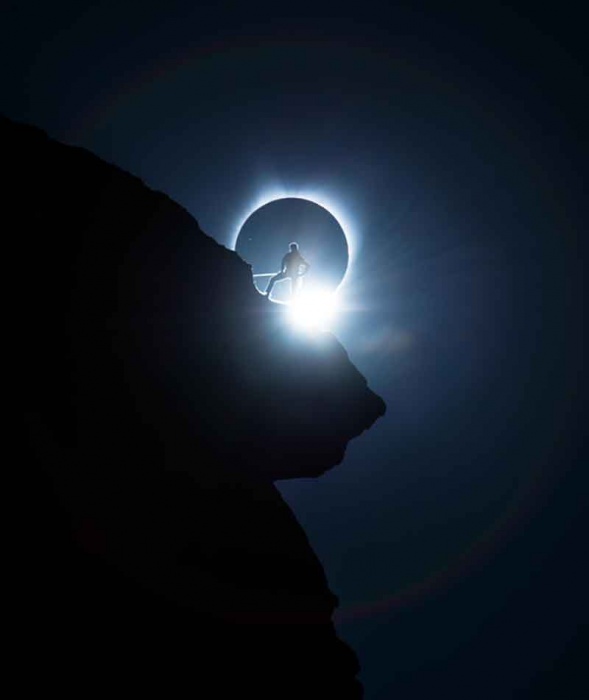 This is the story behind some of the most iconic Total Solar Eclipse scenes we’ve found so far.