Home » Outdoor » Keychain Carabiner Made Of Zinc Is Artsy EDC

Made of a new material for the carabiner category, the Arcus is a use-anywhere (but not for climbing) everyday-carry carabiner designed in Sweden. 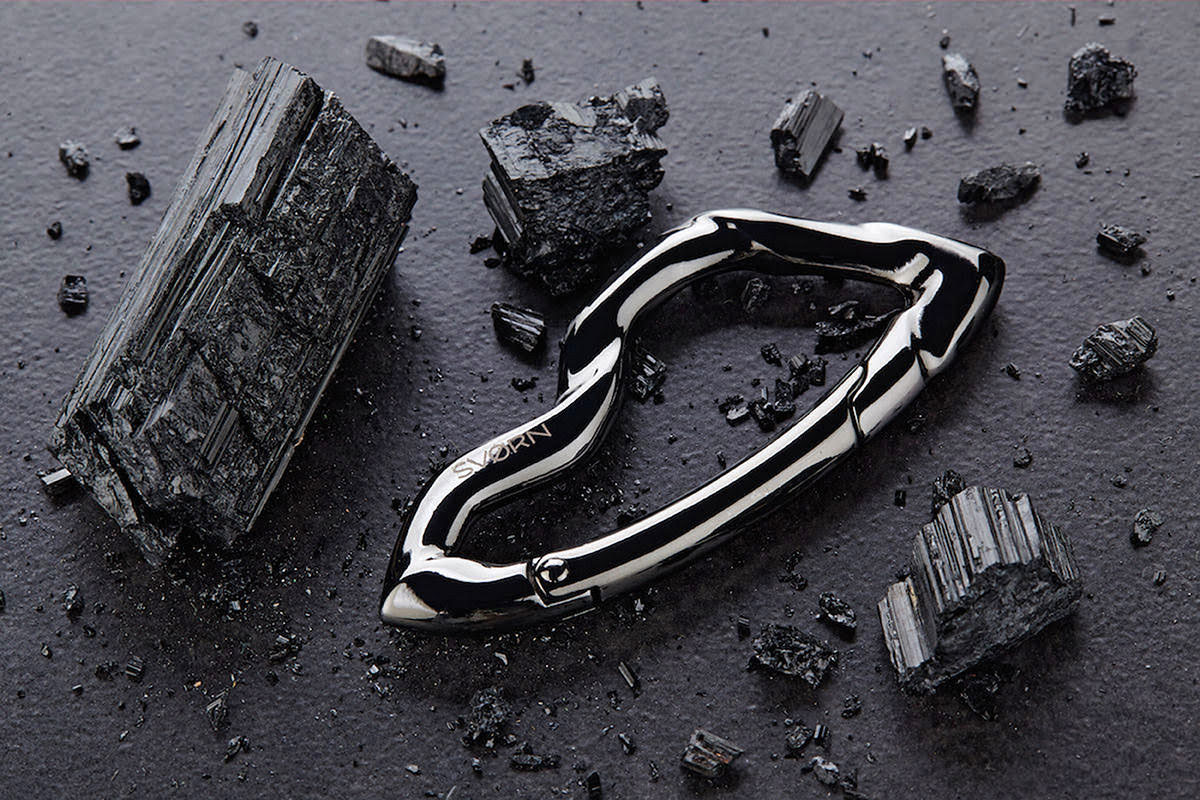 It looks like the aggressive sport-climbing carabiners that adorned quick-draws of the mid-90s. But this not-for-climbing carabiner is marketed to the EDC set, not climbers stretching for a redpoint on overhanging stone.

We’re covering this carabiner because of its unique material — the Arcus carabiner has “sharp edges with smooth body lines,” the company touts, and it is made of a Zinc alloy metal.

Rise Of The EDC Carabiner

This product comes on the heels of a few other EDC carabiners we’ve covered of late, including a multi-tool model with a screwdriver, can opener, and other tools; one shaped like a guitar and adorned with a computer ship; and our proclaimed “Most Over-Engineered EDC ‘Biner Ever Made.”

We’re a little flummoxed by all the fuss around this category; for a long time we have simply used climbing carabiners to accomplish clipping tasks like hanging our keys off a belt loop.

But EDC carabiner do have mass appeal, and engines like Kickstarter allow designers to get their ideas to the masses.

The zinc offering is another hat in the ring, and if people like the looks of it then we’re sure its primary function — to clip things and offer a quick-grab option on a pair of pants or backpack — will work just fine.

The Arcus ‘biner was created by SVØRN, a Stockholm-based design house. The small outfit then had the carabiner created on a mass scale in China. SVØRN is selling the product for $39.95. The company calls the unique color a glossy black “chrome noir.”

It ships in a gift box if you’re looking for a shiny, one-of-a-kind present for your EDC-loving family member or friend.

The 3-inch-tall carabiner weighs about 1.4 ounces. It will hold keys, knives, water bottles, and anything you want to strap on a backpack.

For about $40 you can get this fancy Swedish design. Remember, though, a $1 mini ‘biner in the checkout lane at REI will do all the same tasks, just with a more basic aesthetic.

–See details on the Arcus carabiner at SVØRN.