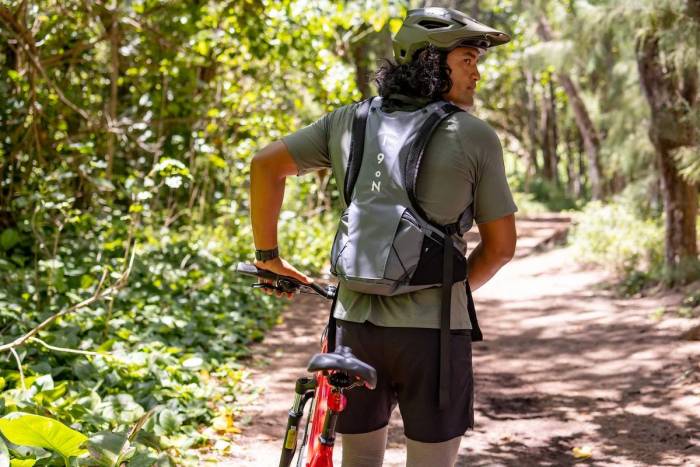 Created by a team in Hawai’i, the pack carries 60 feet of patented active-cooling tubing in the small day pack. It helps wearers stay cool by passing cold fluid over the wearer’s chest.

The brand says the system, called ThermoCore, extracts heat 50% better than best-in-class cooling vests. It claims the pack can reduce the wearer’s perception of temperatures by a substantial 20 degrees F.

19°N developed the design over a decade, during a testing process that involved SOCOM special forces.

“We set out to create an advanced heat-transfer undergarment for U.S. military personnel who work and operate in extremely hot environments,” said Jimmie Harris, one of the founders of 19°N. “The team quickly realized that athletes, adventurers, and weekend warriors could benefit from our cooling tech as well.” 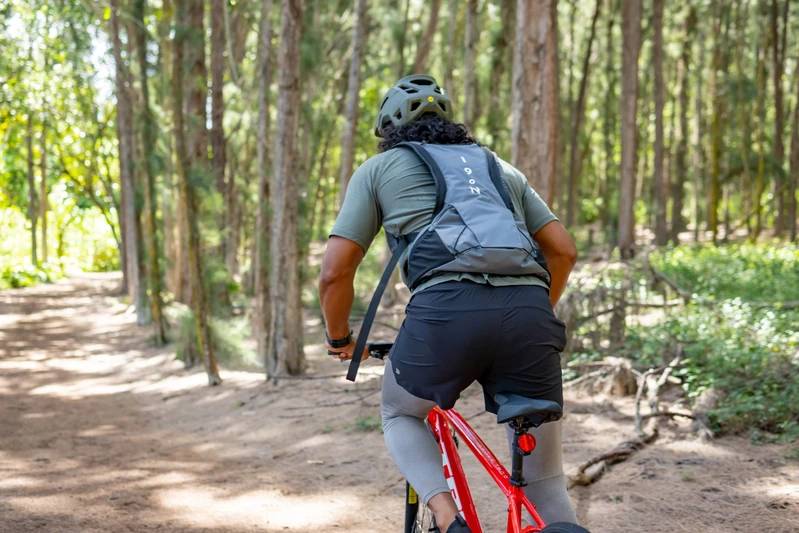 The resulting Honu mimics the biomechanics of thermoregulation, the process by which the human body cools itself. Designed specifically with climate change in mind, the Honu could provide better performance and faster recovery for athletes in ever-hotter environments.

One day into its Kickstarter campaign, the project looks to be well on its way to delivery.

The Honu’s tubes are made with nano-polymer, which optimizes thermoconductivity with strength, flexibility, and mobility. Through its extensive R&D process, 19°N made it twice as thermally conductive as PVC or Tygon, other materials commonly used in cooling garments.

A reservoir feeds cool water through the tubing, which is sewn into the pack’s chest, shoulder, and back. After advance testing at Pearl Harbor Naval Shipyard and the U.S. Army’s USARIEM proved successful, all that remained was to test the tech in the civilian market.

Professional triathletes, firefighters, and hikers weighed in while training in Hawaii’s hottest and most demanding environments.

The Honu’s final iteration uses ice or gel packs in the reservoir to provide up to 4 hours of cold water circulation. A small, rechargeable lithium-ion battery powers the circulation.

It uses taffeta nylon for the majority of the build. And 19°N builds the pack for a snug fit, with plenty of adjustabilities, to keep its cooling surface as close to the body as possible. 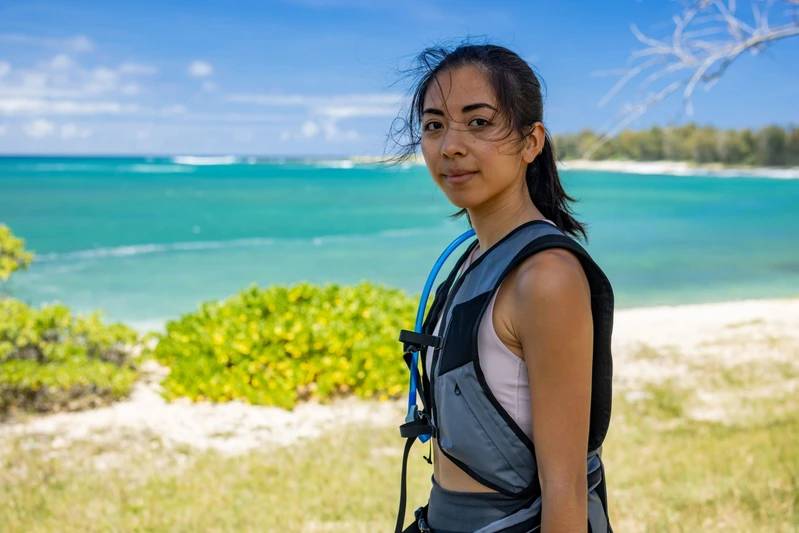 The 5L pack can also handle a 1.5L hydration reservoir, and it has six exterior pockets for convenience. The catch, if there is one, appears to be the amount of water the cooling system needs. To get the maximum of 4 hours of cooling, you’ll need to load the Honu down with 3 L of ice or gel packs.

Obviously, weight becomes a concern when you’re carrying that much water. The brand lists the pack’s empty weight at 1.95 pounds, and 3 L of water weigh an additional 2.2 pounds.

Still, you can’t knock the research hustle, and as of now, you won’t find the tech anywhere else. The 19°N Honu pack may not be perfect, but it’s one solution to a problem we’ll be dealing with for quite some time. Various pledge packages are available on Kickstarter, starting at MSRP $300. The first deliveries are estimated in March 2022.

To learn everything there is to know about the 19°N Honu active cooling backpack, check out 19degreesn.com.