Slash it, cut it, grab it — try as you might, the Flak Sack keeps unwanted hands off your gear. That’s the claim. We put it to the test to find out if it really works. 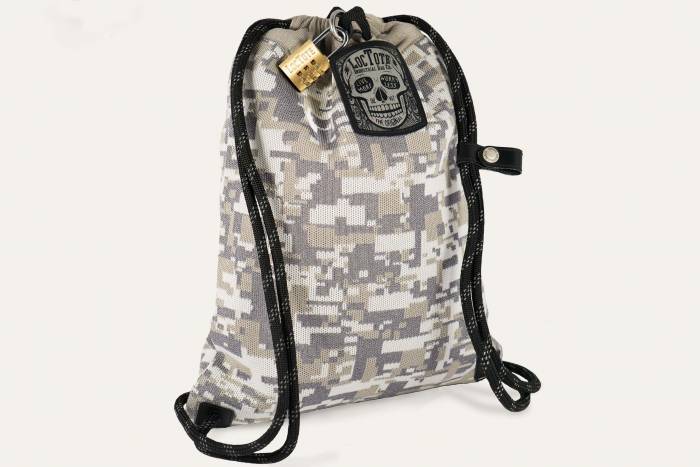 Ordinarily, having the toughest drawstring backpack is an unimpressive claim to fame. They’re light, flimsy, and usually free or close to it — about what they’re worth.

Well, meet the toughest drawstring backpack — that’s actually tough. We previewed the Flack Slack by Loc Tote last year. But when it came in the mail for a test, we didn’t know what to expect.

Surprisingly, after months of testing in all manner of environs, we’re convinced: This pack has a place (for a hefty price). Check out our vid rundown of the key features:

We’ll keep this quick and to the point. It’s a drawstring backpack, so it has limited space and organization. But for a trip to the beach, a short hike from the campsite, or at a festival, this will hold what you need.

It is not waterproof, so you can’t submerge it. But in our tests, the heavy duty synthetic fiber (called Spectra) didn’t soak through in light rain or splashing. 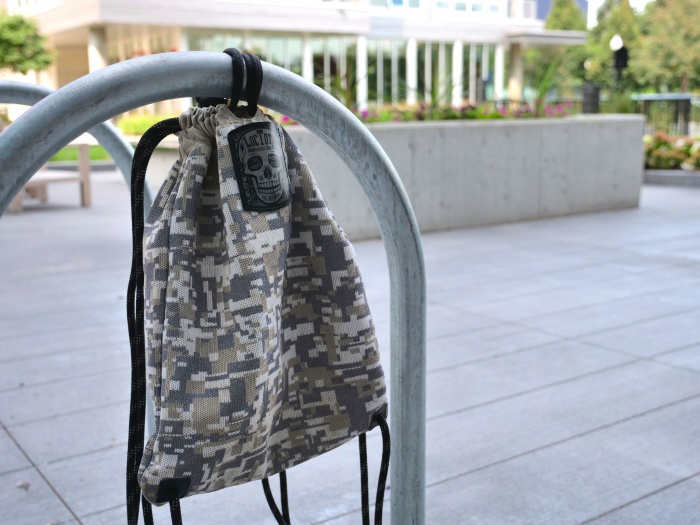 Its main selling points are two-fold. First, it’s highly slash-resistant. The Spectra fiber (an Ultra High Molecular Weight Polyethylene similar to Dyneema) is five times tougher than kevlar and 15 times stronger than steel. This, coupled with the one-piece construction, means the bag won’t “blow out” on the bottom like cheap drawstring bags.

The company has footage of them feeding the bag to a zoo pen full of bears – who were unable to breach the outer shell.

Our editor went with a more practical test. He used a kitchen knife to hack and slash at the LocTote, expecting to cut through the outer housing or at least leave a frayed, tattered shoulder strap. But it held up.

That’s not to say a determined and properly equipped thief could separate the LocTote from you and your belongings, but it would give them a run for their money in the effort.

Plus, the Flak Sack comes with a padlock and steel O-rings. This lets you either lock the bag shut, or loop the webbing around a fixed object to lock it in place.

The bags are also RFID-blocking and have cut-resistant, reflective drawstrings woven with thin steel cable.

We tested the heaviest-duty option from Loc-Tote: The Coalition. It has everything above, plus it glows in the dark.

The big catch: All this security and function comes with a big price. The Flak Sacks start at $89 for the Sport and $129 for the Original. The Coalition we tested is currently sold out, but was retailing for $149.

Who should buy it? The Flack Sack would be useful in places where pick-pockets or petty theft are a major concern. International travel and visiting touristy beaches would be two likely uses.

If security is foremost on your mind and you don’t need the organization or fit of traditional backpacks, check out the Flak Sack by Loc Tote.

Up Next: Osprey Launches Sport-Specific Duffles