It’s not every day a palm-sized tool is a lifesaver. But with extraordinary circumstances come incredible stories, and Kenneth Harris is no ordinary man. 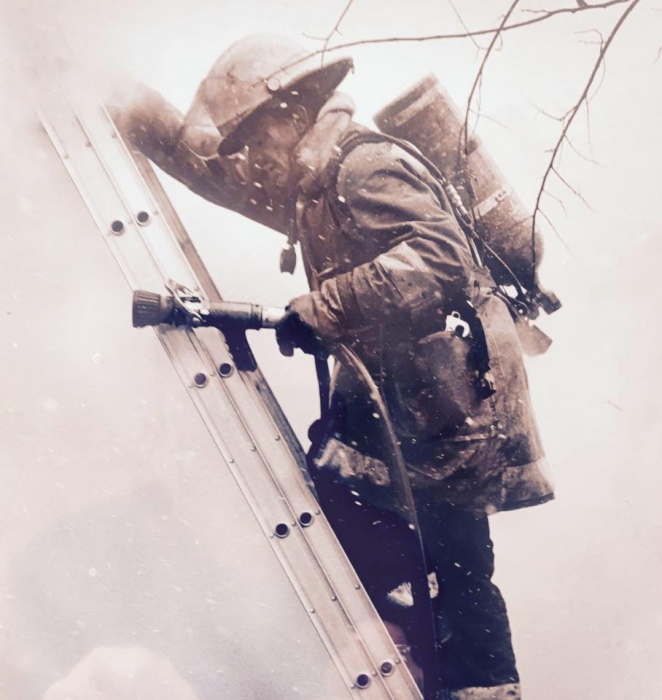 He had always felt a call to help people. First, he served as a stateside Marine during the Vietnam era. And In 1980, Harris began his decorated 23-year firefighting career in Flint, Mich. He received Medals of Valor and Merit from the fire department for courageous acts and saving lives.

For as long as he could remember, a Leatherman was on his hip. From cutting roofing shingles to fixing neighborhood children’s bikes, Harris’s Leatherman always came in handy.

But never so much as when he responded to a dire situation in 1998.

The Day His Leatherman Saved A Leg

Responding to a call, Harris found an 8-year-old child tangled under the right front wheel of a car. The boy’s aunt had unknowingly backed over him and dragged him down their driveway. When Harris’s fire engine arrived, the boy was lying face down, just peeking out from beneath the front bumper.

Harris looked under the car to find the child’s leg twisted and pinned within the undercarriage.

“His right leg was folded in half and his foot was trapped between the tie rods, crossover, and other heavy metal,” Harris recalled. “It was not a good scene.”

The child was conscious but in shock. Harris removed the wheel and tried to use the Jaws of Life to free the boy. But it wouldn’t cut through the car’s metal innards.

The local hospital arrived with a pediatric ambulance and made a case for amputating the boy’s leg. Harris refused. “I was still trying to figure out how to get him out of there. I knew we could get him out,” he said.

Harris desperately reviewed his years of EMT, paramedic, and military experience. But sometimes ingenuity is the best bet. Harris’s WAVE was on his belt — where it was sheathed for most of his firefighting career. It always found use on a run or call, so Harris figured he could use it now.

In the crowd that had begun to gather around the scene was a local mechanic. “If I pull the cotter key and loosen the lower bolt on the crossover, will the weight of the engine drop on his leg?” Harris asked.

The mechanic said no, but Harris’s captain said it was a bad idea. “If something went wrong, the city could have been sued,” Harris said. “But I thought to hell with it. I figured I could get him out of there.”

Harris used the Leatherman’s pliers to pull the cotter key and loosen the bolt. Then he used a ball-peen hammer and a Halligan tool to force some space. Ten minutes later, Harris crawled from beneath the car with his arms raised and yelled, “He’s free!”

The crowd, which had unknowingly swelled to more than 100 people, erupted into cheers. “I almost started crying when I freed the boy,” admitted Harris. “But when the crowd did that, it took everything I had to hold it back. I was exhausted and I was damn happy for that kid.”

Where Is Kenneth Now?

Kenneth Harris is a now 61 and happily retired. Over his storied career, he saved countless lives and was a part of incredible rescues, including gunshot wounds, singlehandedly saving a young girl from a house fire, and breathing life back into a baby just after he delivered it.

But freeing the boy from beneath the car sticks out among them all as the most memorable.

“The Leatherman WAVE saved this child’s leg. I wear it to church, to weddings, everywhere, every day,” Harris noted. “I know I’ll need it, so I always carry it. Hell, it’s on my hip right now.”

Leatherman users have compelling stories, and now the brand wants its users share them. Read more…

And the boy? Harris reports that he recovered from the accident, but does have a bit of a limp now. He’s grown up, married, and has since moved away from Michigan.

— Editor’s note: this article was updated on 6/20/17 to correct the statement, “As a Marine, he received two Medals of Honor and three Medals of Merit during Vietnam.”