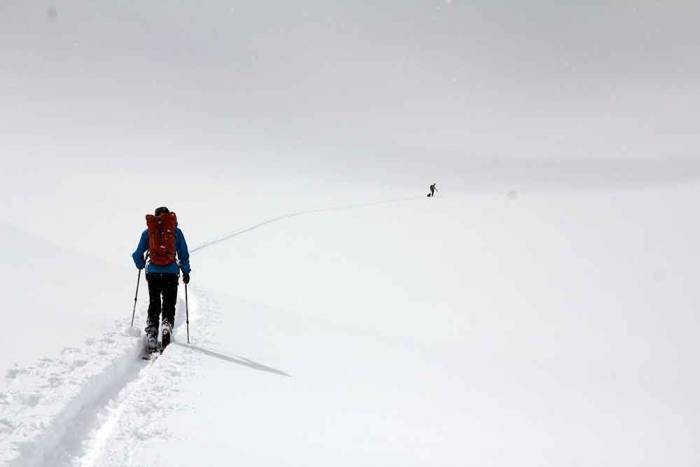 The purpose is to deter inexperienced skiers from getting in over their heads (sometimes literally). It is also a response to an uptick in trespassers not heeding the current boundary signs.

According to a report in Steamboat Today, ski patrol director John Kohnke estimates 500 people a day slip through the access gates. This is up from about 20 when he began 40 years ago.

Neither Routt County Search and Rescue, which sometimes aids in ski area rescues, nor the Forest Service objected to the fines.

By Colorado state law, Search and Rescue cannot charge for operations because it may deter skiers from calling for help when they need it. However, this fine appears to be directed specifically at skiers who leave through the resort gates.

It’s unclear if it will be enforced when those who access the backcountry by other means require rescue. A fee added to state hunting and fishing licenses, or the $3 COSAR card, fund much of the state’s Search and Rescue resources.

County sheriffs department volunteers conducted more than 1,655 search and rescue missions in 2015 in Colorado. That’s an increase of more than 400 incidents from previous years.

According to the Steamboat Today report, ski patrols can perform two or three rescues a week during the busy season. Those operations can sometimes be just as hazardous or life-threatening to rescuers as they are to skiers.

For now, skiers headed into the backcountry should be prepared with knowledge and equipment. Potential fines may dissuade some inexperienced skiers from hopping through the gates. But they’re unlikely to stem the tide of those looking for untracked powder and a wilderness skiing experience.