I’m going to come clean; I’m not a lumberjack.

I’m not even a farmer. I live in a city, spending as much time as possible in the outdoors, which is all too often less time than I’d like. So when Stihl approached me asking if I’d like to test the MS 271 Farm Boss chainsaw, two emotions coursed through my mind. 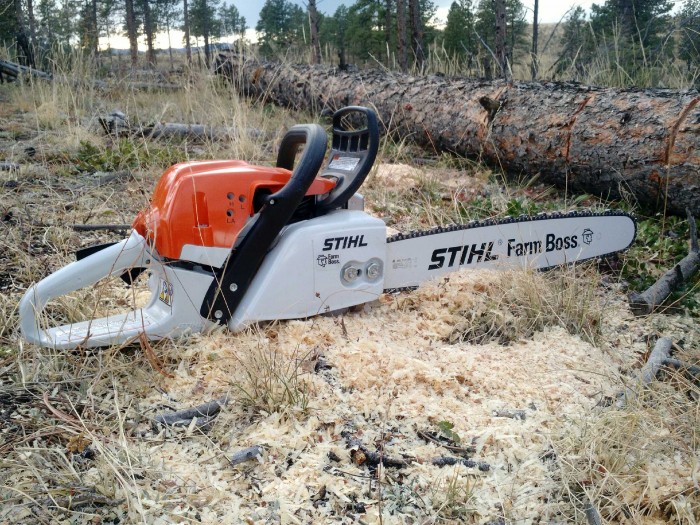 The first was: Awesome! I love the opportunity to get my hands dirty with a good day of physical labor (so long as it’s no longer my full-time job). My first job was on a cranberry marsh, and I spent two summers in high school running chainsaws for long days while clearing acres of forest for new marshes in central Wisconsin.

So I do know a thing or two about running a chainsaw — but it’s been a while.

The second was: Dang, how the heck am I going to test a chainsaw?

The MS 271 Farm Boss is an update to the venerable MS 270. Stihl claims it can run 20% longer between refueling and has half the exhaust emissions compared to the MS 270.

This made-in-the-USA saw is aimed at the serious user, but not the pro. We’re talking about the guy who cuts his own firewood for winter heat, the woman who keeps the farm woodlots clear, and anyone who needs a chainsaw for more than the casual storm cleanup or yard work.

Basically, it’s a big saw ready to cut big logs fast, and that’s what I intended to do. 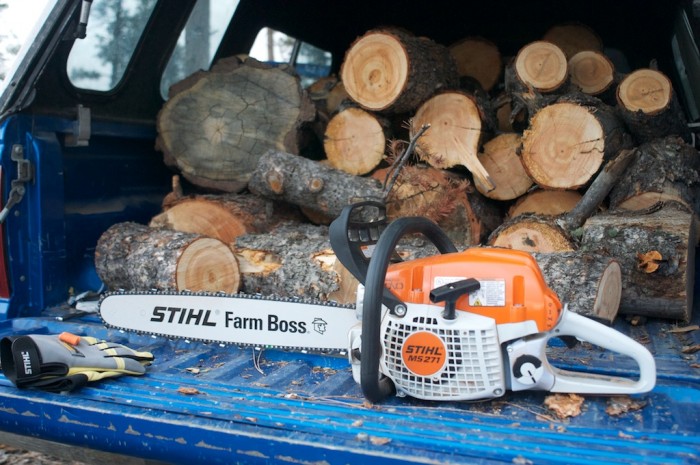 If you want to really “test” a chainsaw, you need to use it … a lot. Like “eight hours a day for weeks on end” a lot. And, well, I’m a writer. I don’t have a month to dedicate to running a chainsaw.

But thanks to an article GearJunkie published about the Lumbersexual, Stihl offered me the chance to demo one of its more rippingly powerful saws, and by golly I was going to take it.

Thankfully, My Buddy Has A Fireplace

Over the last few years, I’ve used a chainsaw a fair bit to thin trees around my parents’ high mountain home for fire mitigation (also with a Stihl, albeit a much smaller model). We’ve pretty much finished that chore already, and their one-acre lot just doesn’t have any more trees that need thinning, so I needed another  test venue.

Enter the buddy with a fireplace. It’s rare that you have to bug someone to let you chop firewood for them, but that’s what I did. Because the chore really needed two people to complete quickly, I coerced him to get a permit to cut two cords of firewood in the foothills above Denver.

We headed up into the mountains with permit in hand, and we found the parcel dictated by the rangers covered in large downed pine trees. 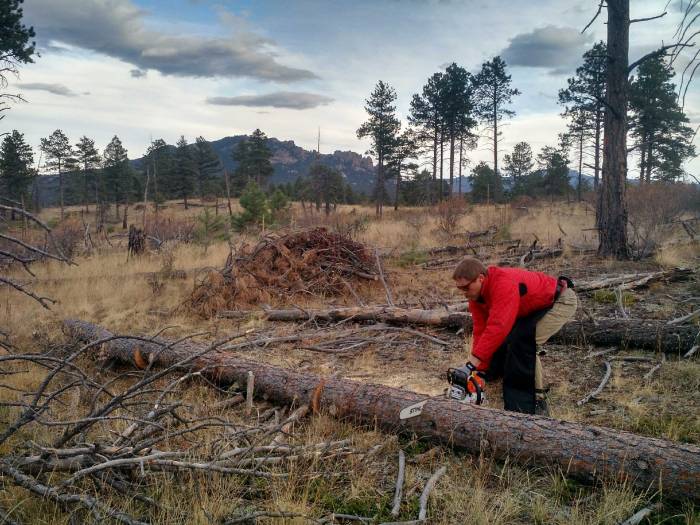 Time to fire up the saw and get to work.

I’ve spent a lot of time with finicky chainsaws, sharpening chains, lubricating bars, and unclogging air filters. Seems like chainsaws have come a long way since my days back on the farm in the 90s.

I’d already played with the saw down in the city, firing it up to shorten a neighbor’s tree stump. I’d quickly been reminded that, as with many two-cycle engines, this one is easy to flood when cold if you don’t follow the starting cycle exactly. Noted.

A few pulls of the starter cord and the Farm Boss was screaming its threatening tenor across the valley where we worked. I got back into the old flow, cutting deep into the 20-inch logs, stopping to roll them, and finishing the cuts without so much as a tap on the ground. 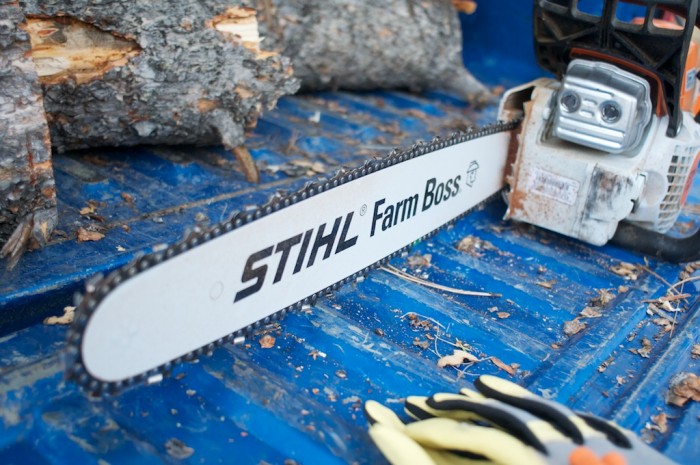 The heavy 12.3-pound powerhead did most of the work as I goosed the throttle, the sharp chain whirring through the pine like butter. I wondered how it would compare with oak or another harder wood, but being in Colorado, our options were limited.

We cut and loaded trucks for a couple hard hours, stopping to refuel and replenish the bar oil just a couple times. The workflow was fast and fluid with trouble free performance from the MS 271 Farm Boss.

As the sun sank below the horizon and a few snowflakes began to fall from a looming storm, I flicked off the engine just in time to hear a couple elk bugle far in the valley below.

Up Next: CamelBak To Ammo: Update On A Gear Giant

Saving…
CamelBak To Ammo: Update On A Gear Giant
The New Duct Tape: 6 Unexpected Ways To Use Gear Ties
×