‘Turn your smartphone into a walkie-talkie.’ That’s a simple premise of the Beartooth device, a new kind of tech-outdoors product that goes on sale today. 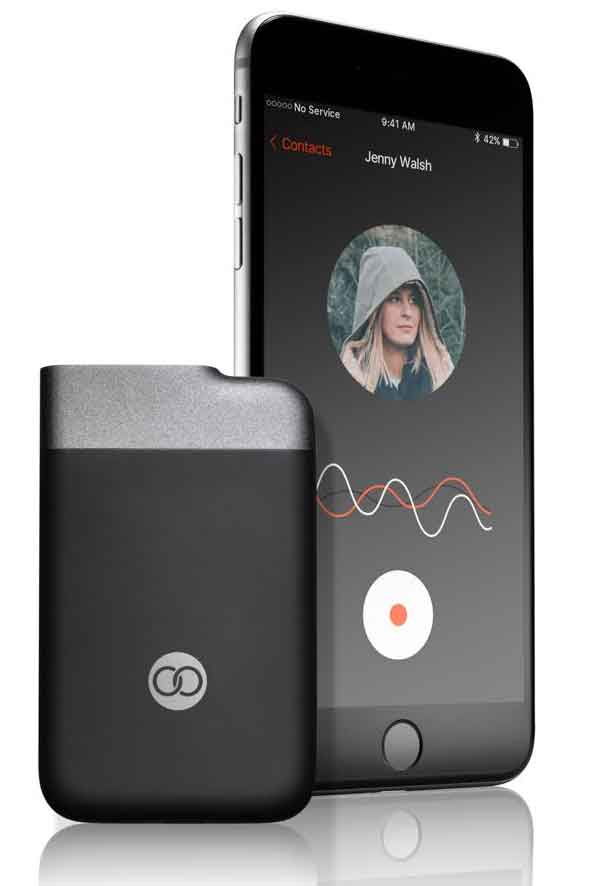 I saw a prototype of this “off-grid communications device” last month in Utah. It’s a sleek, half-inch-thick unit made to be stashed in a jacket pocket or backpack lid.

The Beartooth functions as a two-way radio in tandem with your smartphone. Pair it via Bluetooth with an iOS or Android phone and it gives a 2-mile range using radio signals.

It does not require Internet or cell networks, meaning you can communicate anywhere.

Two Beartooth devices are required to talk or text phone-to-phone. Each phone needs its own unit. They sell as a set of two for $249 (early bird price) but will not ship until late 2016. 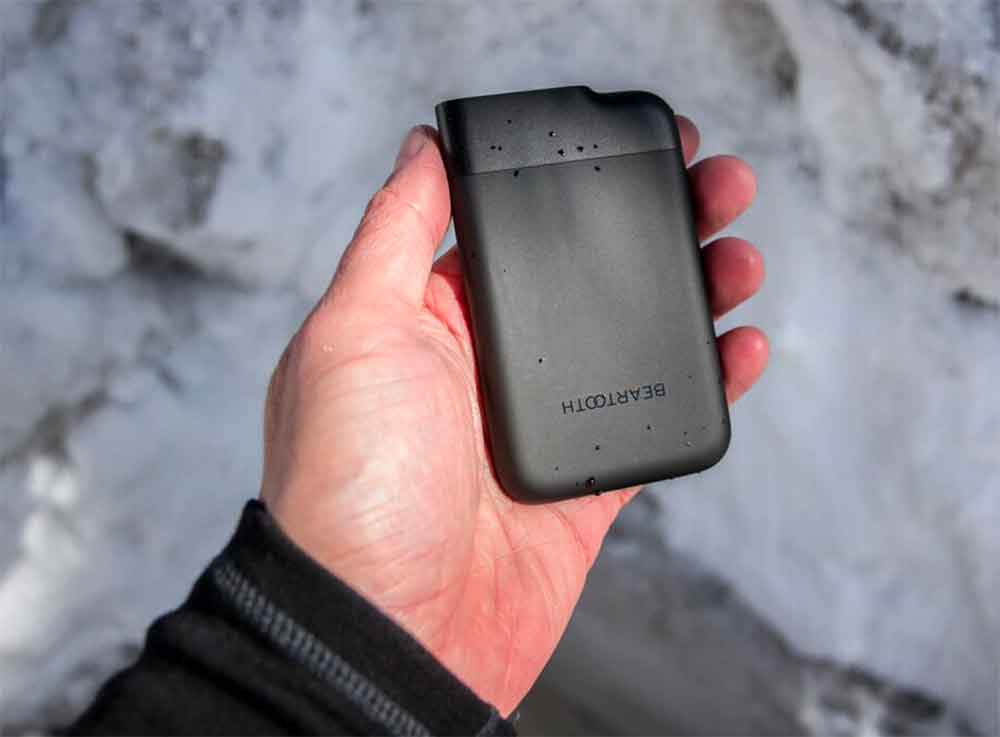 You push a button on the phone screen to talk. Beartooth uses radio signals that are sub-1GHz license free bands for its communication.

As noted, they work without any existing network infrastructure; cell towers, wi-fi, or other connectivity are not needed for Beartooth devices to function.

The Bozeman, Mont., company announced a version of its namesake product in 2014. That unit, which we covered in the article “Radio Device Allows Phone Use Off-Grid,” was built as a case with an antenna on top.

Michael Monaghan, company CEO, told me the fit-on-phone case design was too dependent on the cycle of phone model upgrades. The company would need to design a new “case” for each new phone model on the market.

The new-generation Beartooth is the deck-of-cards-size unit that was unveiled today. It connects via Bluetooth to a smartphone. A free app is used to make calls, text, and work mapping functions.

In addition to its communication tools, the product can serve as a backup battery; a phone user can plug into the Beartooth for a recharge on the mountain or in the woods.

There are mapping features built-in, including GPS location sharing to “find your friends on a map” if they have a Beartooth on their person.

The company has raised $3 million to fund its development and launch. Outdoor athletes including climber Conrad Anker and skier Scot Schmidt are part of the Beartooth testing team.

–Beartooth will begin shipping to U.S. customers at the end of 2016. See more info and look into pre-orders at Beartooth.com.

Up Next: ‘Bike Washing Machine’ For Multitasking Athletes