Today, GoPro announced the latest HERO in its lineup. And it comes with some very intriguing features.

HyperSmooth Stabilization: First and foremost, GoPro is touting the HERO7 Black as a gimbal killer.

“This in-camera stabilization is so smooth, your gimbal will slip right out of your gear bag and you won’t even miss it,” the brand said.

The brand claims the HERO7 Black’s in-camera stabilization rivals that of a motorized gimbal. Plus, unlike gimbals, the HyperSmooth stabilization will work underwater and in high-wind environments. See HyperSmooth in action below.

Time Warp. GoPro also announced a new feature dubbed Time Warp. According to the brand, this “applies a high-speed, ‘magic-carpet-ride’ effect to your videos.”

We expect this to be a high-quality, stable-shot timelapse video option. GoPro advertised up to a 30x speed-up rate for Time Warp.

Live Stream. Last but not least — especially for the social-media savvy — GoPro’s HERO7 Black will allow users to livestream to Facebook, YouTube, Twitch, Vimeo, and “other platforms.”

In addition to the stream, the HERO7 Black will save the video in high definition to the SD card. 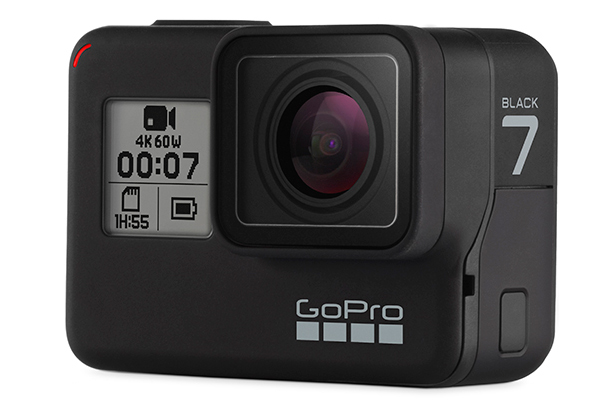 The GoPro HERO7 Black is available for preorder starting today for $399. You can learn more and get your name on the list here.

Up Next: Fly Fishing Photography: 9 Tips to Take Better Photos