A battery pack is requisite gear for anyone heading outdoors for an extended period with a phone, camera, or GPS unit in tow. This one is the toughest we have found. 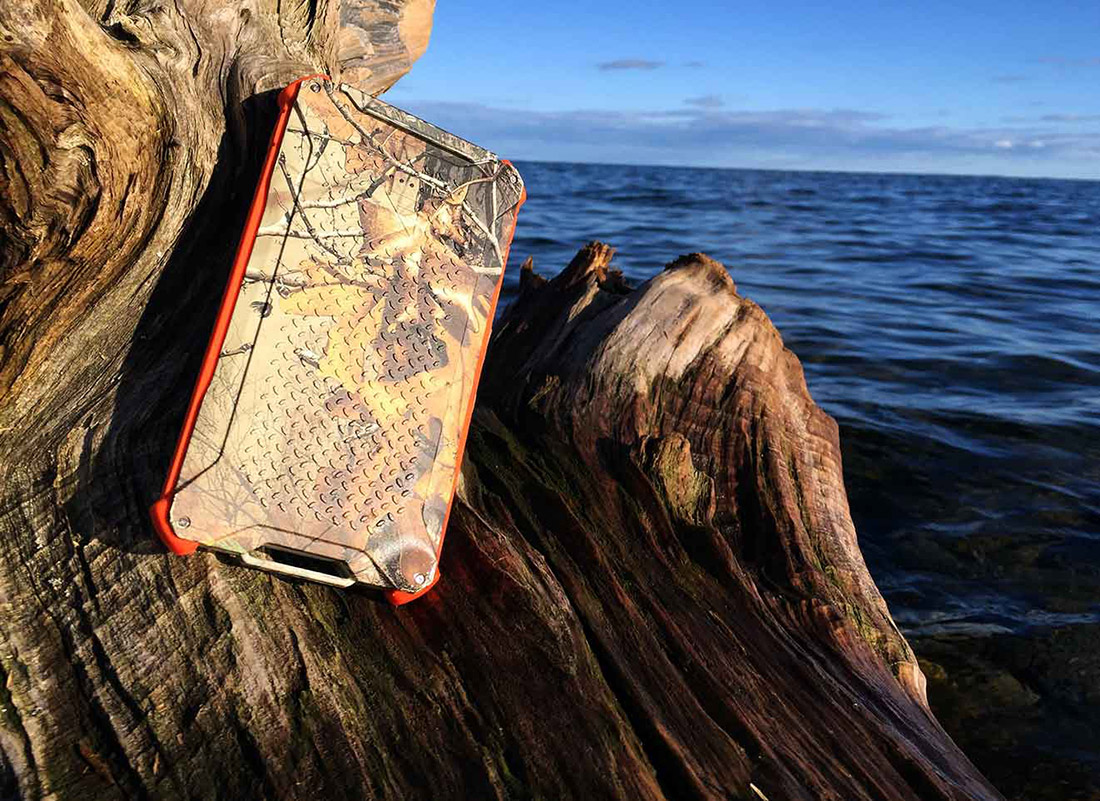 A new portable charger option, the Poseidon from Utah-based brand Dark Energy, is sold as a battery that’s rugged, “destruction-tested,” and waterproof. We reviewed it this month.

The $99 product is simple, including two USB ports and a small LED that serves as a flashlight for close-up tasks. It comes in black or the tested RealTree camo/blaze orange motif, which is marketed toward hunters and outdoors types.

You can plug in anything USB-compatible, and the pack’s 10,000 mAh (milli Amp hours) capacity provides enough electricity for a weekend away.

“Having two outputs is nice,” said one tester, noting the 2.4Amp and 1.0Amp USB ports, and referring to the fact that the Dark Energy brick can power up a pair of gadgets at the same time. The power bank can also charge devices while it’s being charged itself from a wall outlet.

We initially charged the Poseidon via a wall outlet at home to get it to its max capacity. In the woods, we were able to power up a phone multiple times. As a baseline, the company cites three to six full charges, depending on phone model.

We tested it in the GearJunkie lab and found the power bank gave just over three full charges to both an iPhone 6 and a Windows phone. A full charge using the 2.4Amp output took roughly 1.5 hours.

There are a lot of battery packs on the market. What makes the Poseidon stand out is its case. Made of a tough plastic with rubbery bumpers, it’s designed to take the abuse.

Indeed, in our test it was tossed onto rocks, plunked in water, and dropped off a 70-foot tower onto turf. For fun, we then hurled it down a paved path, dropped it off a 30-foot overpass onto concrete, and then submerged it for 20 hours.

Through it all, the power pack did not budge — after the deliberately rough test there was hardly a scratch on the case. 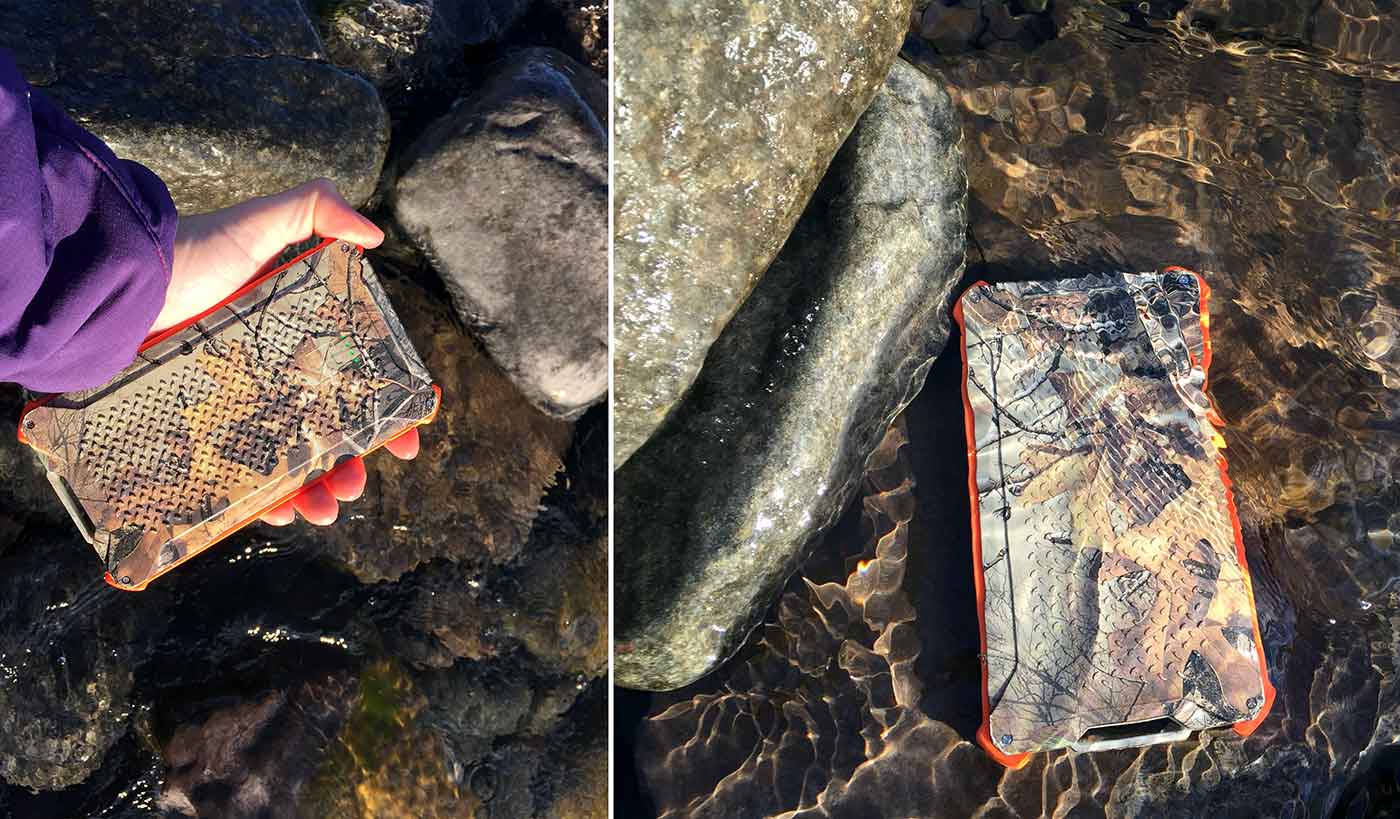 For a water test, the Poseidon took multiple short swims in Lake Superior and a 20-minute dunk in the GearJunkie office sink. After a shake off, the pack was back to its normal functionality, charging a GPS unit without a blink.

A fun bonus is the included paracord-wrapped charging cable. Beyond the survivalist aesthetic, there is some functionality, as the cord protects the cable underneath. 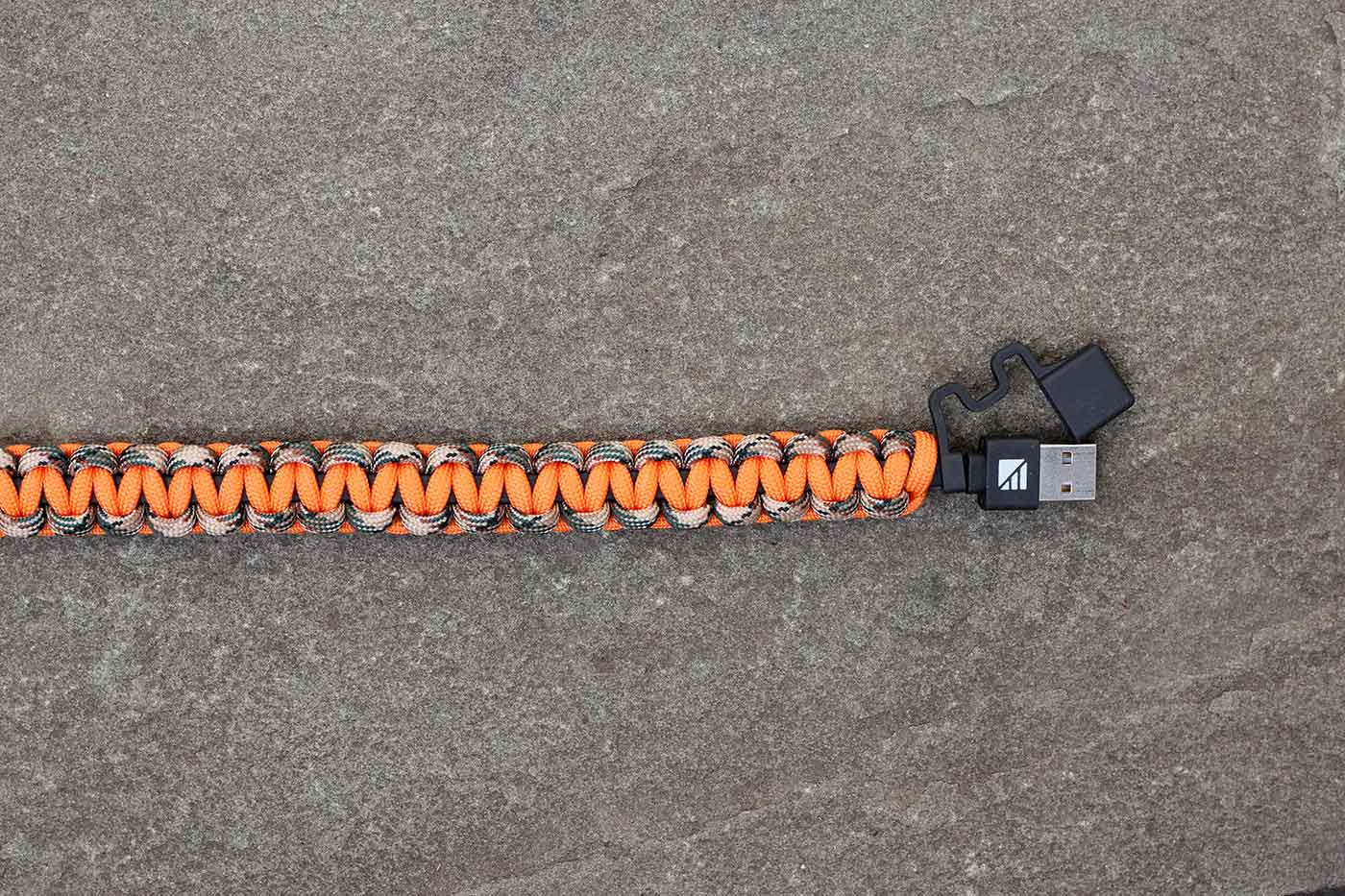 In an emergency, you could unwrap the paracord and make a tourniquet or a shelter with the 20-foot strand, a USB cable for the first time in history ostensibly saving a life.

The Poseidon comes with a carabiner and a nylon strap, letting you clip it to a backpack. Its dual USB ports let you charge two gadgets at once.

A built-in LED light serves as a mini lantern, and, also for emergency situations, you can have the Poseidon blink out an SOS signal by pressing the light button twice. 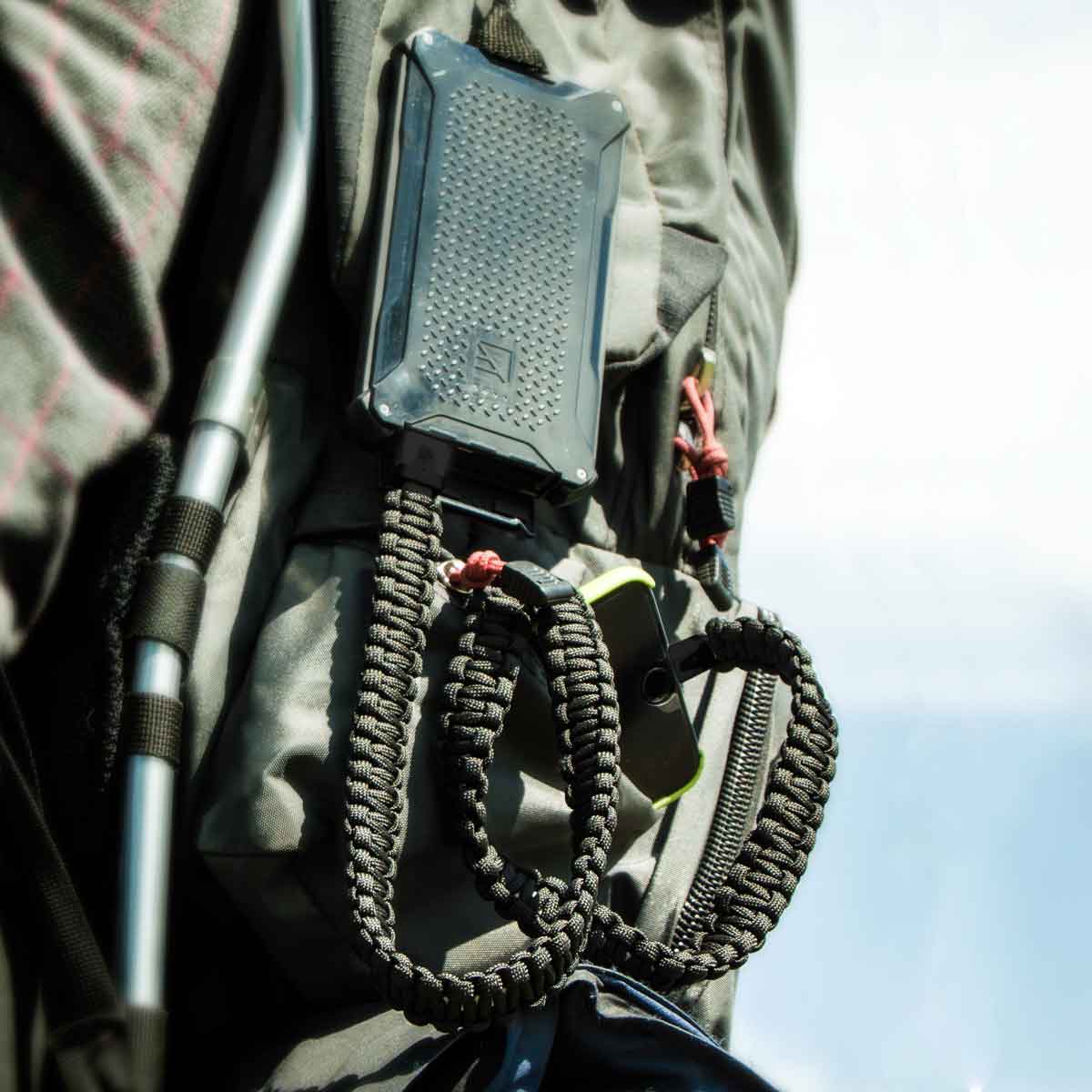 Some of these functions sound silly. But in the field the Poseidon is actually very usable, a low-profile and truly “destruction-tested” unit that will serve to provide you power just about anywhere you go.

Up Next: Most Over-Engineered EDC ‘Biner Ever Made?