EcoFlow’s Delta 1300 battery powers your work and play tools emissions-free. And it claims to recharge faster than any other battery-based generator. No wonder it’s nearing $2 million on Kickstarter.

Brands like Goal Zero and Enerplex brought the lithium-ion battery pack into the mainstream during the past decade. But while its large battery systems have begun to compete with gas-powered generators, most consumers continue to use internal combustion for large-scale home use.

Recharging is one of the major hurdles of large batteries capable of powering tools and appliances. Most of the systems require a full day or more to recharge. Enter the EcoFlow Delta 1300 battery generator.

Live now on Kickstarter, it handles daily tasks and emergency power needs with one breadbox-size unit. It packs enough power to run shop vacs, table saws, microwaves, and computers. It can even give an electric car an extra 6-7 miles of power.

And it can recharge from stone dead to 80 percent in just one hour.

Small and portable enough to take into the woods or in an (electric) adventure rig, this battery can give you juice anywhere you can haul it.

The 30-pound Delta 1300 has six AC outlets, two USB-C PD ports, and four USB outlets. A large LCD screen tells you how much battery the 100-cell lithium-ion bank has left by percentage and hours.

Push a button, turn it on, plug in a dead cellphone, and a fully charged Delta will tell you it has 99 hours of power remaining. 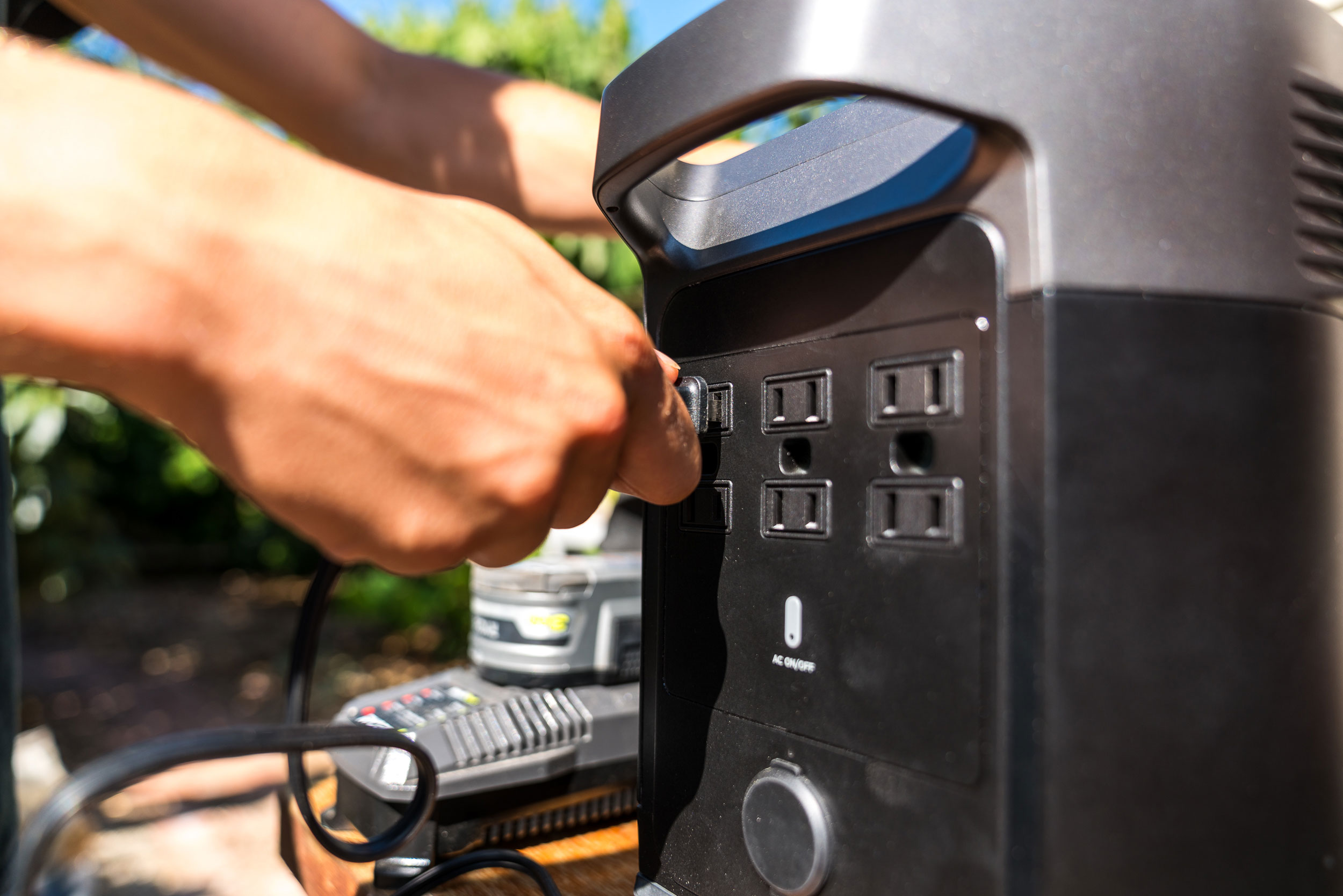 Plug in a 13-inch MacBook Air, and the readout bounces between 57 and 85 hours of power remaining. Because devices draw power inconsistently, numbers will fluctuate. So Delta tells you in real time how much juice it has left.

Unlike gas generators, which require annual maintenance, EcoFlow claims the Delta requires nothing and will hold its charge for a year. And while gas generators emit carbon monoxide and can be dangerous to use in a closed space, the Delta’s only emissions are a quiet hum and a little bit of heat. So you can plunk the Delta onto your kitchen counter to run a microwave or coffee machine without worry.

Delta takes 2 hours to recharge plugged into a wall and has solar-charging capability. EcoFlow estimates the lifecycle to 800 charges. By contrast, Goal Zero’s Yeti 1400 takes 25 hours to charge. It’s also twice the weight, twice the price, and claims a lifecycle of 500 charges.

In my test at home, we ran every tool we had and charged every device: circular saws, table saws, shop vacs, computers, phones, even our refrigerator.

We were able to fully drain the battery during normal use only when we plugged in a full freezer trying to cool its contents from 14 degrees Fahrenheit down to zero. The battery lasted at least 20 hours — we woke up the next morning to it needing a recharge. 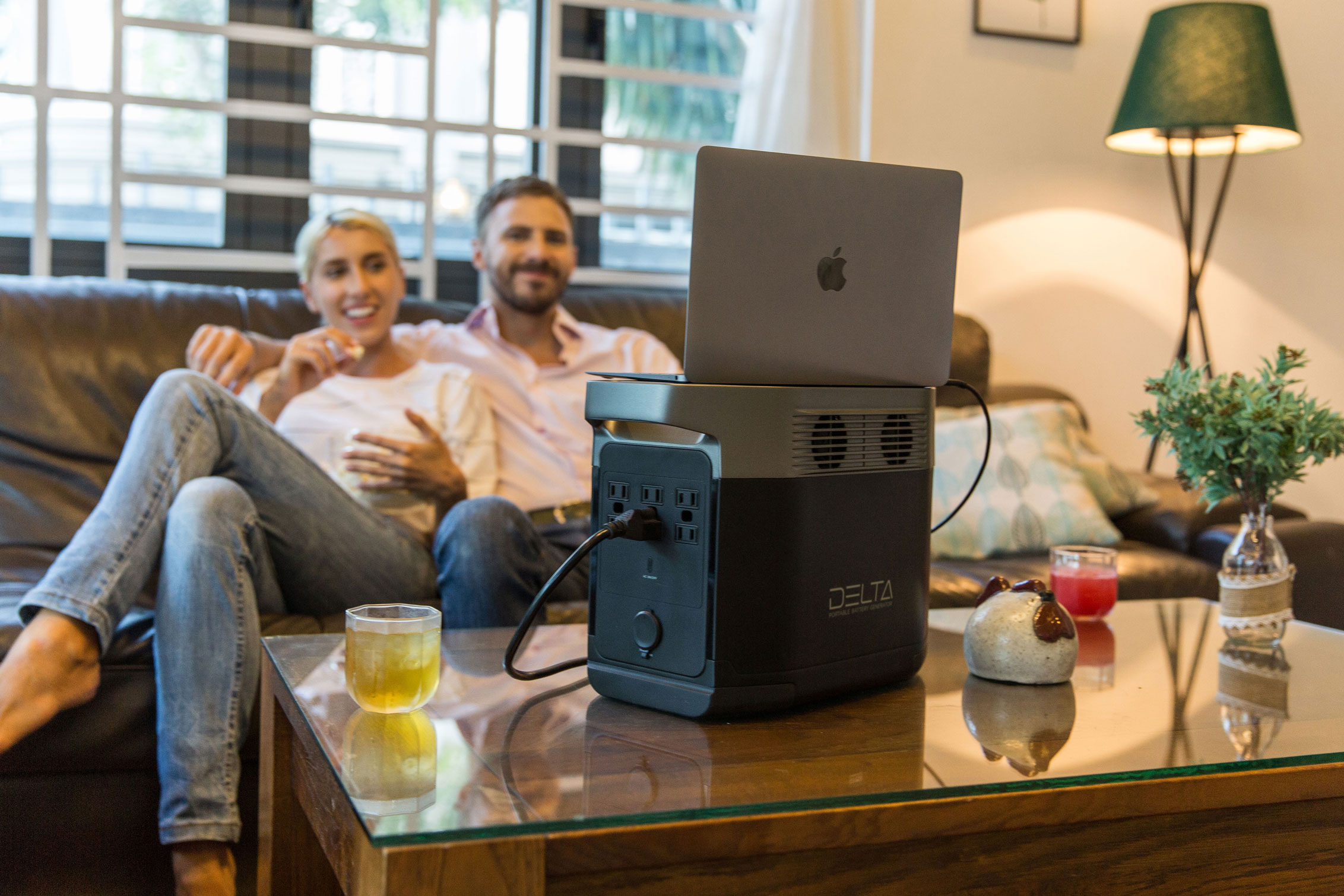 EcoFlow Electric Generator: How It Works

Delta’s surprising power comes from a proprietary battery management system that, according to EcoFlow CEO Eli Harris, maximizes the power storage efficiency. It collects each cell’s temperature and power status and tweaks the charging current and voltage for the safest, fastest charging.

EcoFlow also developed a charging platform that allows alternating current (AC) from a wall outlet to direct input into Delta’s inverter, increasing its charging power at the same time. “By passing through the inverter directly, we can increase charging speed to more than 10 times the traditional AC-to-DC adapter cable,” Harris said.

Recharge the Delta from a wall socket, carport, or solar panel. It plugs into the wall with the same cord you’d use to plug in a computer — no specialized, device-specific power brick required. So you don’t have to worry about misplacing your charger.

And there’s no fiddling with the unit when you want to recharge from a solar panel. All direct current (DC) power supplies below DC 60V — via an adapter, solar panel, or DC car output — go into a single input port. 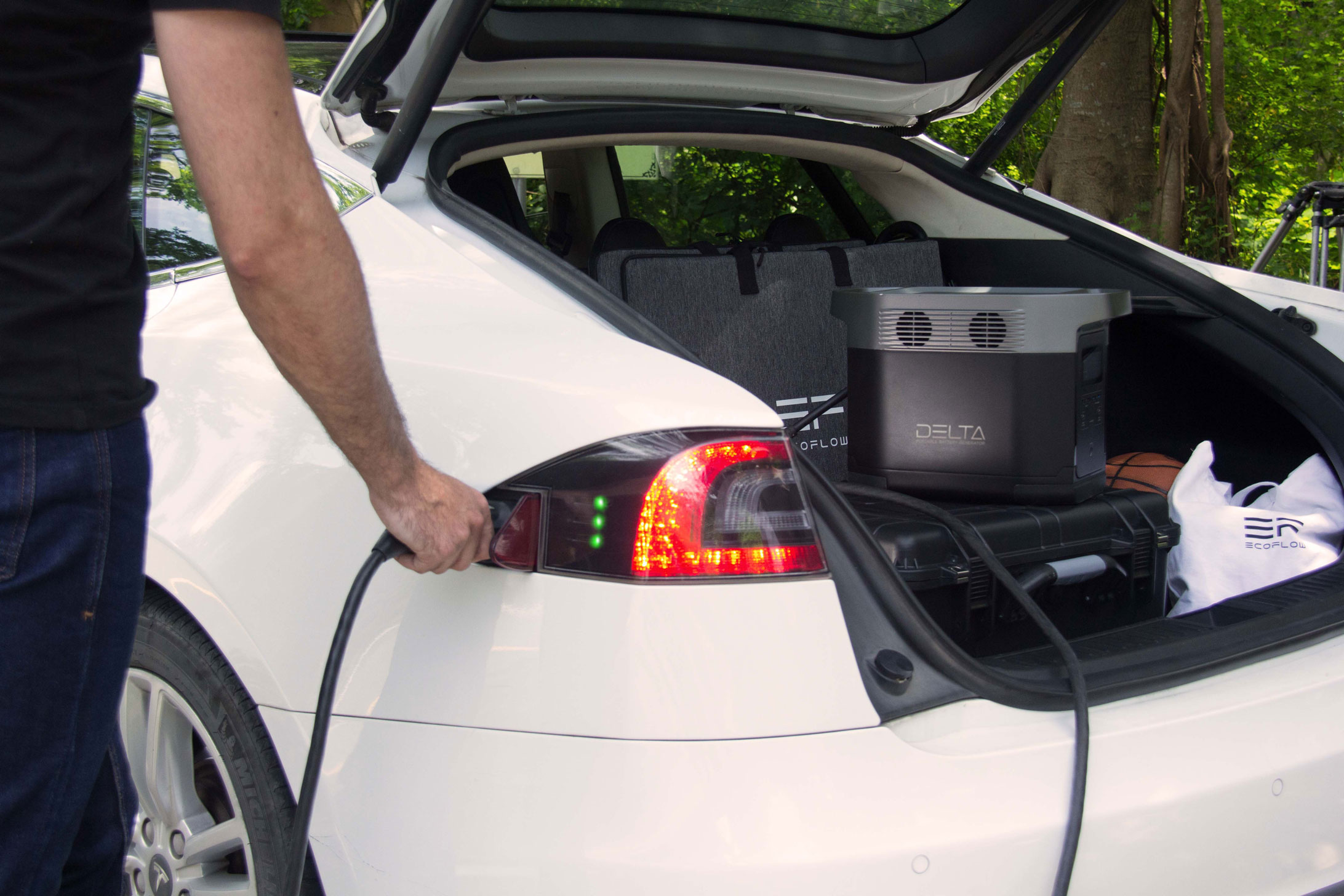 Delta raised $1.5 million in its first week on Kickstarter, and it’s well on its way to surpassing $2 million. We are impressed with its power, versatility, quick charge time, and compact size. If you support Delta before the campaign closes on October 19, you’ll receive a lifetime battery warranty.