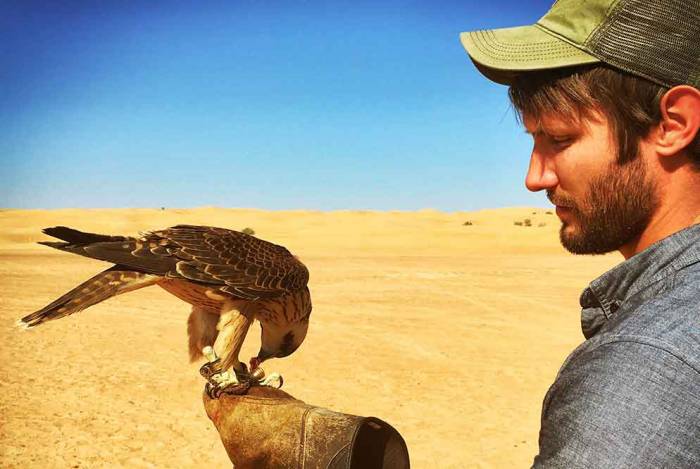 [leadin]Somewhere on the outskirts of the man-made wonders of Dubai, high above the rolling dunes, falcons are training with drones.[/leadin] 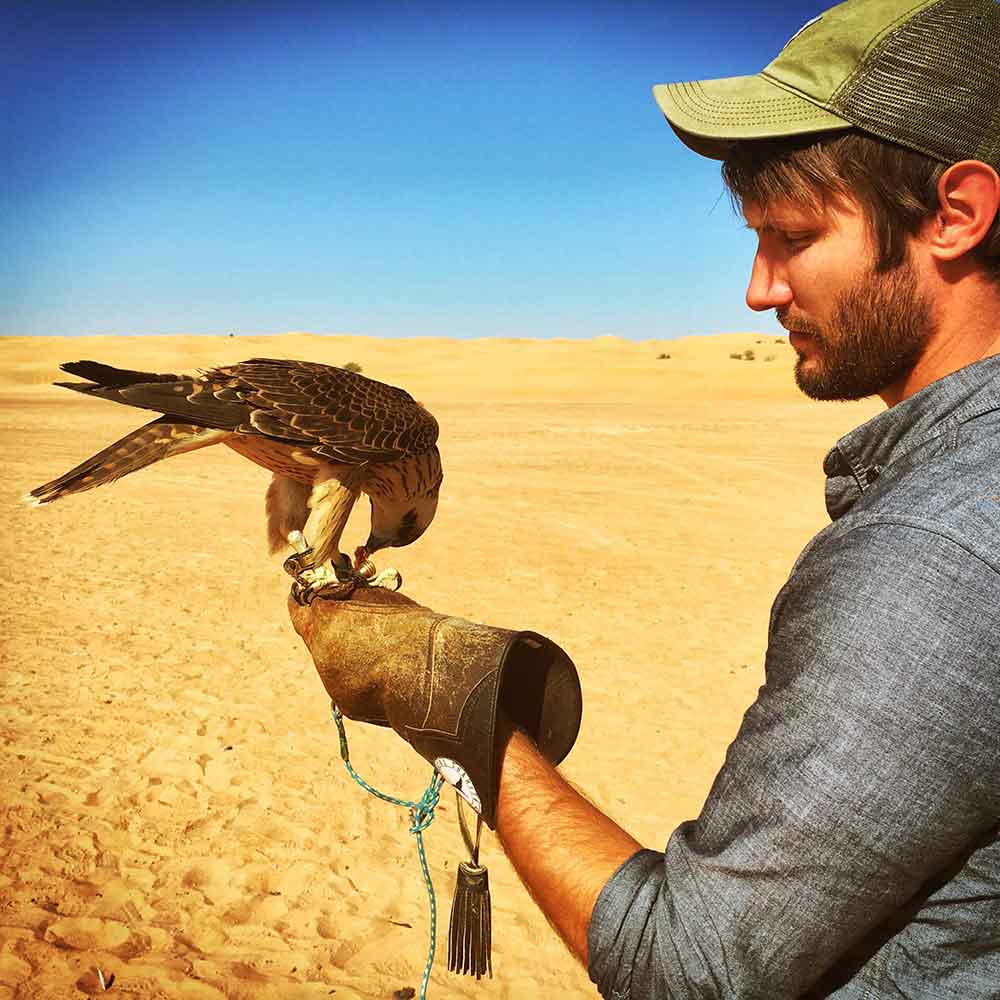 For centuries, falconry was crucial for the Bedouins’ survival in the harsh desert. As traditional ways of life have receded with modernization, the sport of falconry, much like so many aspects of the UAE, has adapted with the times.

At the helm of this evolution is my falconer buddy Peter Bergh. Peter has been a falconer for the past 16 years, and in the last few years he has created a new way to train his birds of prey: drones.

While we often think of recreational drones as the tools used to capture epic videos showcasing great expanses, Peter has imprinted his birds with the drones, conditioning them to instinctually knock the machines out of the sky, just as they would prey.

This method allows him to train the birds efficiently, and comes with the added bonus of the enjoyment of watching nature’s fastest predator race across the sky.

Last month, my adventure buddy Jacob Vanags and I had the privilege of taking part as Peter flexed his pilot skills while training his falcons to increase their speed, agility, and stamina in a battle royale in the desert sky.

In Peter’s arsenal of aircraft is a fixed top wing trainer RC plane, with a lure line attached to the base of the fuselage dragging the falcon’s food a safe distance from the plane.

Once caught by the falcon, the lure line is released and a parachute is deployed from a PVC pipe mounted below, which prevents the falcon from flying off with the food. The airplane is used for building chest muscles and increasing performance in level flight. 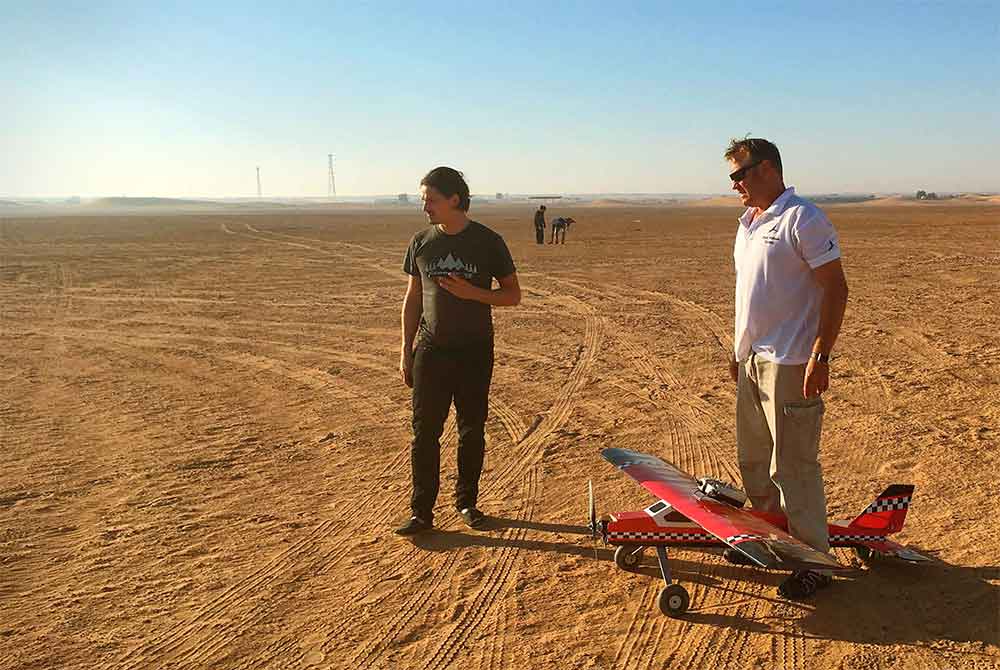 Peter is also working closely with aircraft innovator Wingbeat and their pilot product, a Robara ornithopter (purpose-built for the birds), which replicates the same dimensions of actual desert falcon prey, the Houbara bustard. Once the Robara reaches a desired height, the falcon is released, and as the falcon ascends to a similar altitude, an aerial dogfight ensues between pilot and falcon.

His favorite machine is his new invention, a wing-shaped aircraft he’s spent the last three years refining. It features a ducted fan built within the body, which protects the birds from the sharp, spinning prop. A small lure drags just behind the wing, close to the airframe, giving Pete the ability to create a three-dimensional flight pattern.

We witnessed firsthand how this aircraft fully flexes the falcon’s prowess in the sky, combining swoops at insane speed along with inverted 360-degree loops. Among Peter’s cast of falcons, his favorite to take to battle during these big-pitch, 1,000-foot flights is the captive-bred Gyr/Peregrine hybrid.

Through combining these two flacons, he’s not only able to get the size of the Gyr but also the speed, endurance and heat tolerance of the Peregrine—the fastest animal on the planet with a max dive speed of over 200mph!

Using these aircraft, coupled with the aid of Marshall GPS, an app that connects to a transmitter the falcons wear in flight, falconers can track their birds’ stats from their smart phones—like a FitBit for falcons. Through these training methods, according to Wingbeat, “young falcons are able to develop what would be a year’s hunting experience in a month.”

–Contributor Erik Cooper is based in Brooklyn.