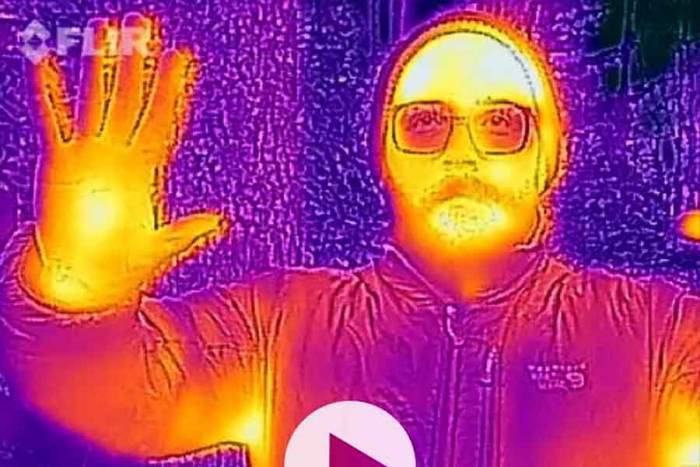 [leadin]Handheld infrared cameras used to be products existing only in the realm of the scientist or the contractor, esoteric pistol-grip sensors that scanned for heat and cost thousands of dollars.[/leadin] 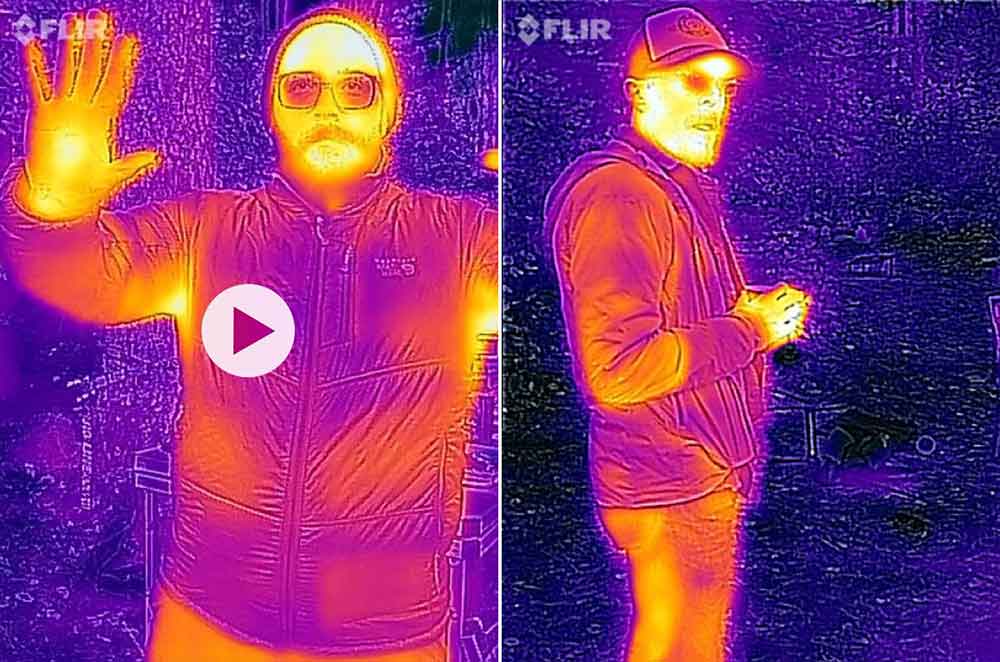 This year, at least two companies unveiled cameras smaller than a pack of gum. They cost about $250 each and connect to a smartphone and use an app to assess heat across the infrared spectrum, presenting it on an iPhone or Android screen in a rainbow vision of the world.

I tested a unit from Seek Thermal earlier this year (read the review, “‘See In The Dark’ With XR Camera”). This month, FLIR sent its just-released FLIR ONE Thermal Imaging Camera.

FLIR Systems Inc. built this second-generation camera with higher resolution and other upgrades. It can sense temperature variations smaller than a tenth of a degree, the company touts.

Identifying energy inefficiencies and water leaks in a home are common uses. There may be applications for hunting or animal tracking and photographing, or for product development and testing.

We brought the unit on a recent camping trip. For the outdoors, the camera is more a toy than a tool. But if sticks are cracking in the woods at night, you can pull out the camera and aim it at the dark to “see” what’s coming.

It’s also easy to see where heat is being lost through a jacket or on skin. This could help cold-weather athletes optimize their kits.

In real-world use, a screen of fluttering, digitized light pops to life, with cool areas visualized in blacks and blues, the hotter zones orange, yellow, and red. Crisp edges are defined when an object is close, letting you identify details.

Further out, the camera presents only smudgy blobs of light. It’s hard to tell a bear from a human 30 feet away.

Its resolution is far from HD, with a 640×480 image capture. But that is fine for most applications because exact detail is less important than the sensing of heat.

In full, the camera can measure a temperature range between -4°F and 248°F, so pretty much the living world save for polar areas. It’s so sensitive, as noted above, that FLIR cites an ability to see temperature variations smaller than a tenth of a degree.

It weighs less than 3 ounces and plugs into the bottom of a phone (micro-USB connector for Android phone or a via the Lightning connector for iOS on an iPhone). The FLIR camera is powered by an internal battery, and there is an on/off switch on the side.

The FLIR app is simple to use. It gives options to capture photos and record video in standard formats. We were able to shoot nighttime scenes and upload the videos immediately to social media with no fuss.

Compared to the Seek Thermal XR, the FLIR gave similar performance and features. They are priced the same.

A couple differences include the FLIR One’s dedicated battery (so it won’t affect your phone’s battery) and its dual-lens setup: The FLIR contains two small cameras, one thermal and one for visible light.

The two camera lenses work together and overlay edge detail of the visible image onto the thermal image, giving sharp definition.

The FLIR One Camera is available now for $249.99. Check it out if you want to assess heat or have a need to “see in the dark.”