With dedicated fitness software and apps for every smartphone device, the Microsoft Band 2 is an easy-to-use, accurate activity tracker that’s looking to make waves in the crowded fitness watch market. 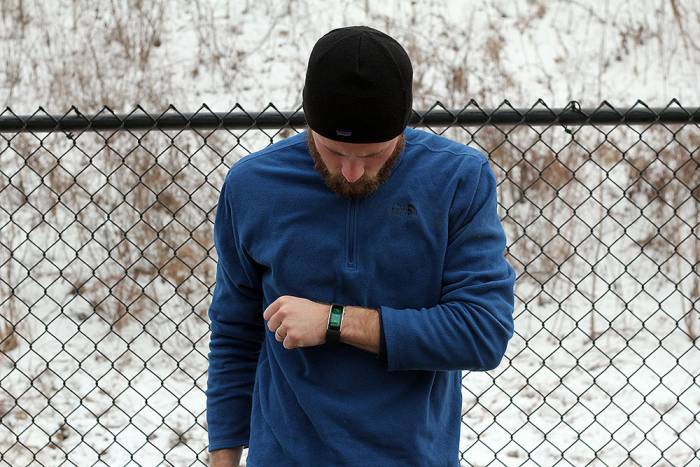 The Microsoft Band 2 is something of a hybrid product. Similar to GPS watches like the Suunto Ambit3, it works alone without being connected to a smartphone. But it has a much shorter battery life and mediocre display compared to the high-powered GPS watches on the market, which can run for a month or more in watch mode.

On the other hand, it has a deep feature set compared with many “activity tracker” bands including: GPS, elevation, heart rate, speed, time, pace, and UV exposure to name a few. In all there are 11 sensors in the Band (see complete list below) which is more than most. From all this, the user can view real-time data on the Band’s digital display.

At $250, it hits a price cheaper than most GPS watches while including a built-in optical heart rate sensor that many such watches lack. But with budget online shops knocking mid-level GPS watches below $300, choosing this Band over a dedicated fitness watch will be a hard sell.

Read the review below to help decide if the Microsoft Band 2 is for you or if you should take the plunge into a full-blown GPS watch.

The Band 2 is light, yet semi-bulky, with a very clear 320×128 pixel display, 48-hour battery life, and full charge time of 1.5 hours. The battery life is less when the GPS is used, but the same goes for GPS watches, which have an average battery life of 50-100 hours when tracking is used.

A big difference between the Band 2 and GPS watches is that watches work for a month or more between charges when not using GPS. The Band 2 lasts about 48 hours between charges even when no GPS functions are being used. 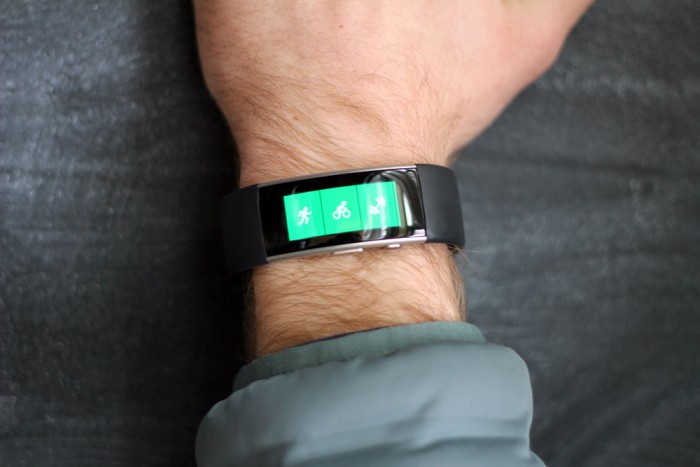 Microsoft touts the Band as a fitness tracker with smartwatch capabilities. I’d agree. It has just about any sensor you’d want in a fitness tracker and the post-workout statistics are easy to digest in the Microsoft Health app. Its smartwatch capabilities include receiving emails, texts, calls, social media notifications, the weather, and more via a low energy Bluetooth 4.0 when you’re near your phone.

The GPS, barometer, and heart rate monitor are accurate. During a nighttime alleycat bike race in downtown Minneapolis, I set the Band to track my ride as I dashed to and from different checkpoints, wearing a chest-strap heart rate monitor to compare the results.

Despite my initial doubts, the heart rate monitor built into the Band 2 was on-point, comparing accurately to my chest strap. Once home, I opened up the app and was able to trace my route across town and point out to my wife where I’d spent too much time looking for a checkpoint. 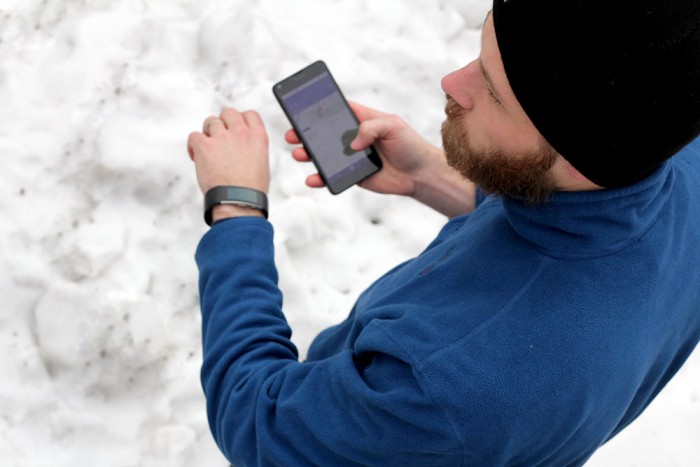 However, during an orienteering race, set in the middle of a forested regional park, the Band really let me down. After completing the mostly off-trail course in 50 or so minutes, I found that the GPS signal was lost during the race and therefore was unable to look at my route and splits. It seemed like the dense forest and off-trail navigation were pushing the limits of the internal GPS, which is probably built primarily for more on-grid running/biking routes.

On various occasions I used the sleep tracker, which monitors your sleep and reports on resting HR, duration of restful vs. light sleep, overall efficiency, and more. A couple of mornings I used the new “Smart Alarm,” which gently buzzed me awake at my “optimal wakeup time.” Both features performed well and provided interesting and insightful results through the Health app.

After a month-long test, I’ve developed an affinity for the Band 2 and a list of pros and cons:

Overall, the decision to go with the Band 2 or a more dedicated (and more expensive) fitness watch ultimately comes down to whether or not you’re interested in smartwatch features like push notifications. If you are, then get your hands on the Band 2 and enjoy its quality fitness tracking, impressive Health app, and viewing texts on your wrist.

If you prefer GPS watch features like navigation, an altimeter and a useful compass, go ahead and spend the extra bucks to get a watch built to track your activity and aid in navigation. Its battery life should be longer and its activity sensors more powerful.

Up Next: Real Workouts, Virtual Worlds: Welcome To Future Of Indoor Bike Training