A new brand called Ombraz this week launches sunglasses without ‘sidearms.’ They are very unique, and we received a sample to put them to the test.

Ombraz sunglasses do away with the arms. Instead, a string wraps around your head to hold them in place. They adjust quickly with a sliding knot in the back.

At first, this struck me as pretty weird. But putting them on for the first time, I did a double-take. My vision through the lenses was crisp and clear.

Most importantly, they sat snuggly on my face and didn’t look all that different from typical sunglasses. When removed, they pack down wonderfully. More on this later.

Time for some real-world testing.

Ombraz: Sunglasses With a Strap

Wearing these in public, I couldn’t tell if they seemed strange or not. So I asked the first person I saw, a cashier at my favorite breakfast burrito joint. 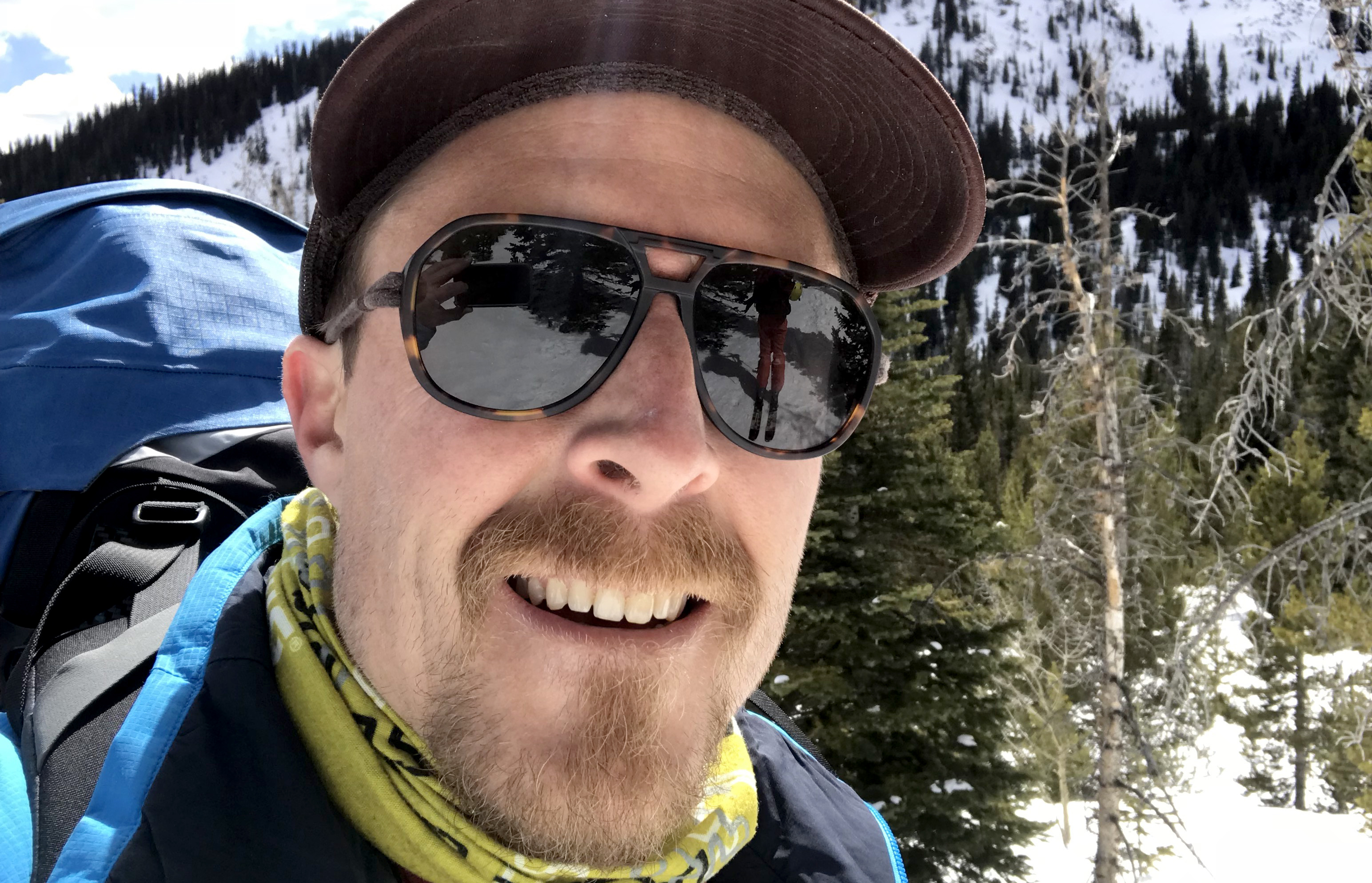 So then I showed them to a buddy. His reaction was the same as almost everyone I’ve shared them with since. It goes like this:

“What the heck? That’s ridiculous!”

It’s worth noting that Ombraz launches next week on Kickstarter. While they carry a fairly high retail price of $140, the Kickstarter will launch them at $75.

(Note: I’d originally wished the brand had a less premium offering so people could try them out without the financial commitment. Seems like the wish is granted, at least for early adopters.)

But these models are nice, with Carl Zeiss polarized nylon lenses and comfortable waxed cotton strap with easy-to-adjust sliding knots.

I committed to wearing them for three days of backcountry ski touring near Colorado’s Broome Hut. The weather was clear, warm, and bright – perfect sunglass testing conditions.

Skinning in, I noticed the glasses sat snugly on my face. I’d run in them before, with similar comfort, so I wasn’t surprised that they felt good.

On a couple runs, the cords hugged my head. The shades did not bounce at all. The same thing happened while skinning: There was no movement.

With bright sun and temps in the 40s, I was quickly sweating while climbing the 800 feet of vertical gain to the cabin. I noticed some fogging on the inside of the lenses, particularly at the tops. 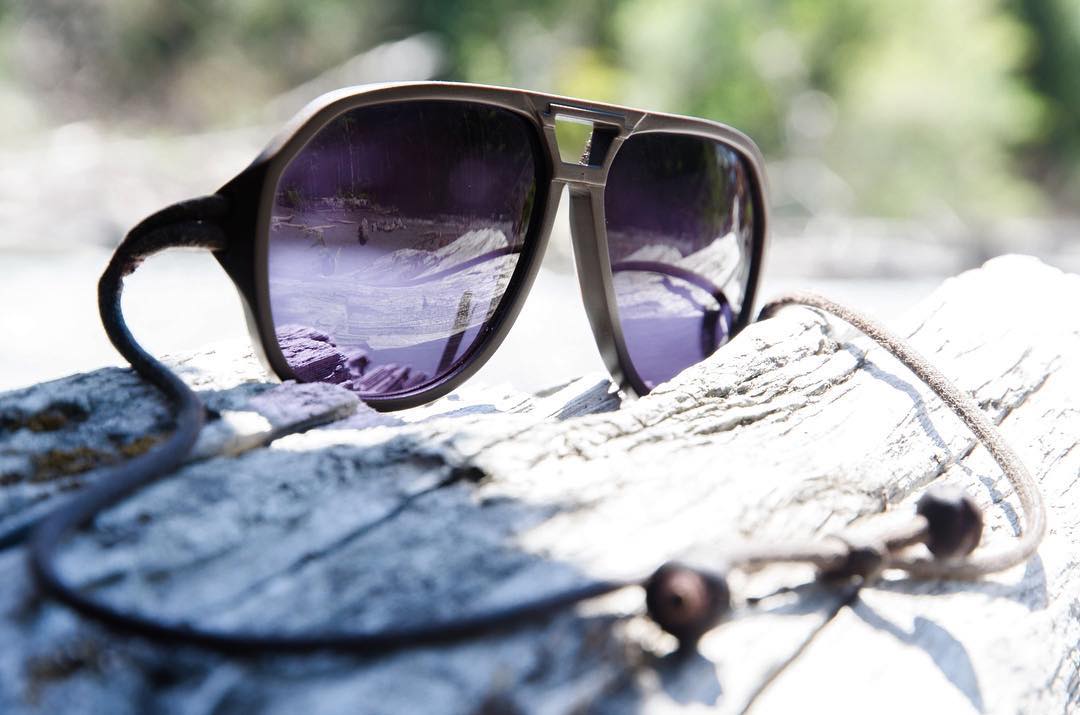 This also happens with standard sunglasses. But because the strap keeps these tight to the face, it was harder to slide them away to create a larger gap for venting.

The fogging was minimal and not very troubling given the perfect storm of conditions for condensation. But it’s worth noting they did seem to fog a little easier than most sunglasses.

The glasses also occasionally sat at a slightly odd angle on your nose and required readjustment.

Beyond those issues, they performed beautifully over the weekend. I wore them for two long days in the backcountry, and my eyes were comfortable throughout.

A few notes about the performance:

This might be my favorite part of these. Because they have no arms on the sides, there is nothing to crush when packed in a backpack or pocket. 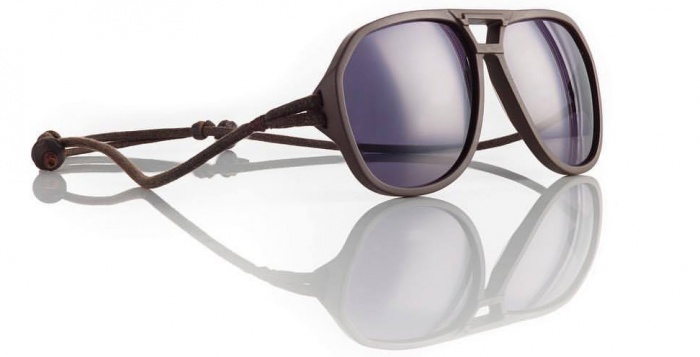 Ombraz makes a big point of this, showing people stomp on them and even drive a steamroller over them in some GIFs on its website. While I’m pretty sure that would wreck the lenses, they should do really well stowed in a thin microfiber case in a backpack.

It’s worth noting that because of the design, you can’t stick them on top of your head or on a hat when it gets dim. Instead, you can hang them around your neck. But the problem with that, as those who have used glasses retainers know, is dirt/food/whatever tends to fall into them when hanging.

The solution? Carry a microfiber sleeve and stick them in a pocket. With no arms, they are flat and should not crush.

Overall, these are a really unique new style of sunglasses. As a bonus, the company claims to plant 20 trees for each pair it sells. Again, I wish there was a less expensive entry for people to try before kicking down $140 on something so unique.

But overall, I like them. For those willing to think outside the box with eyewear, Ombraz glasses are available now at REI.