Developed and designed in partnership with computing giant Acer Inc., the Cybertool from Victorinox is an accessory that converts a classic analog timepiece into a wearable ‘smartwatch.’ 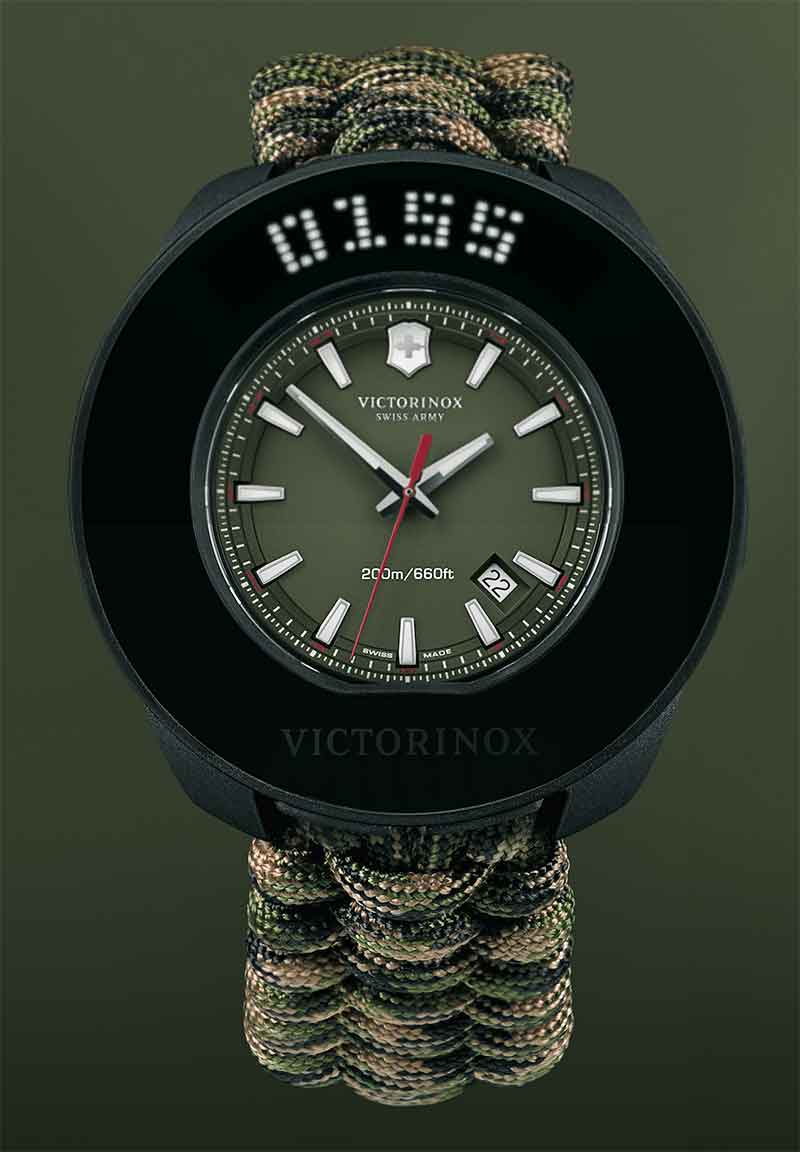 It is made to fit around Victorinox I.N.O.X. line watches, snapping in place to ensconce the watch face with an arced Gorilla Glass display.

Digital stats blip to life as you run, hike, or go about your day; with small buttons on the bevel and a wireless connection to your phone controlling functionality.

Made for the Victorinox Swiss Army watch division, the wearable device has requisite gauges like a pedometer and accelerometer. It connects to iOS and Android phones, and via an app a wearer can view incoming calls, email, and text messages on their wrist.

The Cybertool was announced this week. It comes to market summer 2016 and is expected to cost between $150 – $225. (Victorinox has not released official pricing.)

Functioning as a daily activity tracker, the Cybertool offers fitness features for counting steps, distance traveled, calories burned, and other info. Its battery lasts up to seven days between charge-ups.

A “find my phone” function activates the ringtone to aid in locating a misplaced phone.

Another unique feature: A “help” function can be activated in an emergency by pressing two buttons; the watch then triggers (via smartphone) a pre-set message and your GPS position sent to as many as three personal contacts.

The Cybertool accessory fits onto the I.N.O.X. watches with the paracord or the rubber strap. Straps are interchangeable on the watch line, which includes multiple models, varying straps, and protective “compass bumper” covers.

In all, with the Cybertool and other new accessories, the I.N.O.X. line will soon offer 30 unique watch options, each one customizable by the wearer for the chosen aesthetic or activity of the day.

Up Next: Beartooth Device Converts Phone To ‘Two-Way Radio’

Saving…
Beartooth Device Converts Phone To ‘Two-Way Radio’
Centriphone: How To Make Your Own
×