I’m not sure how the old timers handled mosquitoes. I think it’s fair to say that a lot of deer survived through September because hunters just weren’t willing to endure the onslaught.

For those of us who can’t wait for the first freeze, there is hope: Thermacell. The MR450 Armored Portable model ($35) is my weapon of choice against these insect creatures, which can sense exhaled carbon dioxide up to 100 feet away. 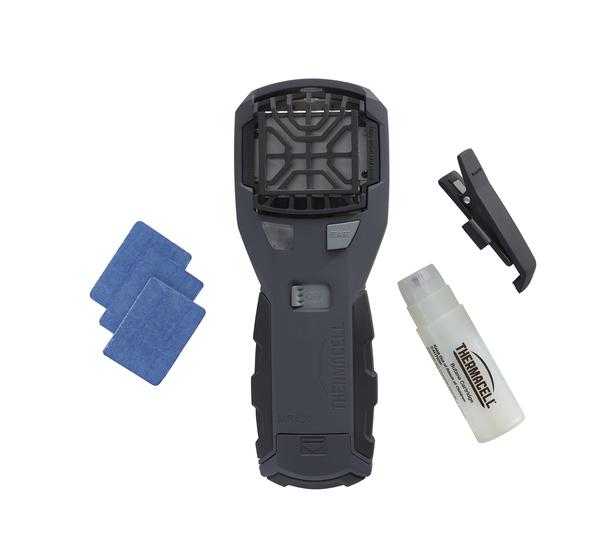 The Thermacell device has three components: a plastic bottle of butane, a little blue pad impregnated with mosquito repellant, and a housing that holds the bottle and pad. 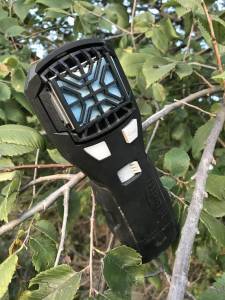 On a late-season turkey hunt last year, I set up near a creek bed with standing water in an area out of the wind. It took about five minutes for the Thermacell to work its magic.

There are a couple of downsides to using a Thermacell during deer season. One of the biggies is the odor.

The Thermacell doesn’t smell bad — but it does smell. And if I can smell it, a deer can definitely smell it.

On days with a light but steady breeze, the vapor gets carried upward and downwind. I don’t know whether the odor spooks deer like human odor, but any deer downwind will know something is up.

They’ll probably smell you as well, so I don’t worry too much about this issue. I also keep my early-season hunting clothes segregated from my later-season clothes until they have been washed so as not to cross-contaminate any odors (body, Thermacell, or otherwise).

I usually just switch the Thermacell off 10 minutes or so before my exit and let it cool down before it gets stuffed in the pack. 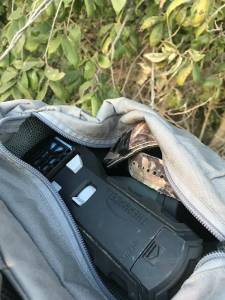