This 2016 high school grad found herself adrift during a Gap Year in Europe. Ultimately, she navigated the urban jungle with these real-world survival skills.

I love the wilderness. I can butcher a caribou at 35-below, identify marten tracks in the snow, and chop wood like Paul Bunyan. But urban life is something I’ve never learned.

I grew up on a farm in small-town Wisconsin and spent my summers in high school backpacking through Alaska’s Arctic National Wildlife Refuge.

Drop me off in the middle of the wilderness and I’ll set about making it home. Leave me in the city and (up until two months ago) I would have been clueless.

This fall, as part of my adventure gap year, I challenged myself and gave city life a try before heading for the hinterlands of Central and South America.

In preparation for a backpacking trip around Europe, I spent six weeks living in Alicante, Spain, learning Spanish and studying the subtleties of the city streets.

My first week in Alicante, I felt like Dorothy coming straight out of Kansas into the Land of Oz. I was lost. I had no idea how to navigate the metro, catch a taxi, dodge traffic, weave through crowds, or bargain in the market. Gradually I learned to enjoy the city and the urban experience.

Adventure Gap Year: Why You Should Take A Year Off Before College

Here's why Aidan Campbell is delaying college for a gap year. Instead of exams, she will backpack, volunteer, raft, and work adventurous jobs around the world. Read more…

My key to adapting was to apply my wilderness skills to city life. This is how I thrived in the concrete jungle.

Backpacking and canoeing across 19.5 million acres of wilderness, far from anything resembling help, it’s important to pay attention to the landscape. In Alaska, I learned to look for landmarks: an especially tall white spruce tree, a thicket of willows, a feeder creek, a rock wall jutting out into the river, an otter slide.

Walking the streets of Alicante, I tried to do the same. I made note of my surroundings: the sea port, the central market, Santa Barbara Castle. I created a map, marking the places I had visited and sketching out my favorite side streets, alleys, and shortcuts. Still, I got lost more times than I can count. But as I had done in the Alaskan wilderness, I kept calm, turned back and retraced my steps until I found a familiar landmark.

My dad always says that when getting ready for the backcountry, you prepare for the worst, hope for the best, and, if you’re lucky, you get something right in the middle. But, let the circumstances get the best of you, and a hasty decision can multiply into a series of bad events.

Keeping your cool, regardless of the circumstances, is the key to staying safe.

The same, I have discovered, is true in the city. Sometimes you’re going to find yourself in an uncomfortable situation. You might wander into a bad neighborhood, come down with the stomach flu on a train, or break your budget paying a fine given to you by a corrupt policeman.

Take a deep breath, slow down your heart rate, clear your head, and make a sensible decision. 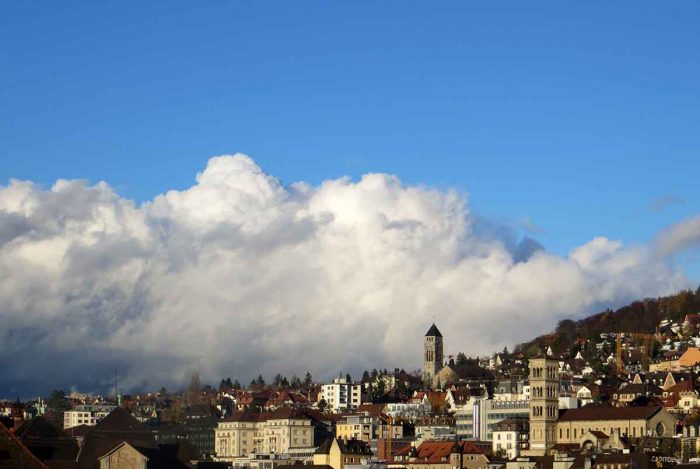 Find a Home Base

After an exhausting day spent battling river rapids and bad weather, it’s important to choose a campsite where you can feel safe and relaxed. In grizzly country, I liked to find a spot out of the willows with clear lines of sight in all directions, available driftwood to start a fire, and a source of clean, clear water nearby.

Like the wilderness, the city is an adrenaline rush. It’s exciting and stimulating, but it is also physically and emotionally exhausting. Unless you find your niche, you’ll get swept up in the crowd. Pick a place where you can unwind in a neighborhood that’s safe, but not expensive, with easy access to restaurants, museums, pubs, and parks.

I am a river rat. I love the rush of riding a wave train, the exhilaration of running a long stretch of rapids, and the complete concentration required in reading the water and picking a line. When I am on the river, I come alive. I don’t second-guess myself; I listen to my instincts and I stick to them.

In the city, I rely on that same sense when finding a neighborhood to explore, choosing which person to ask for directions, or figuring out which vendor at a flea market will give me the best price. 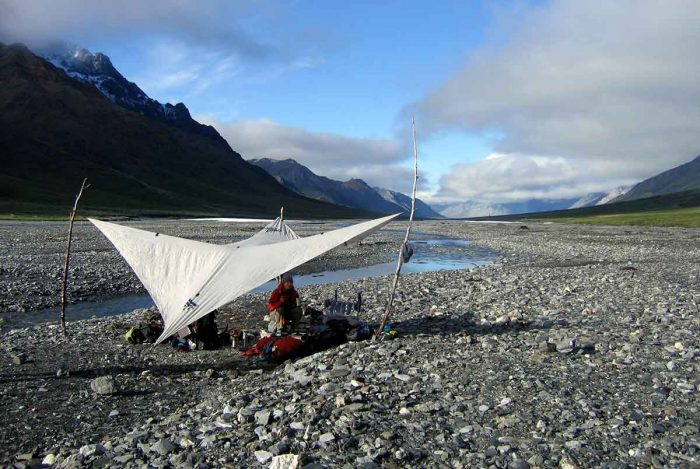 Being comfortable, and safe, on a wilderness trip has a lot of do with choosing the right gear. In the Alaskan Arctic, the weather changes fast. One day you might be hiking in a T-shirt, and the next morning you could wake up to four inches of snow. Even in summer, when the daytime temperatures can get into the mid-70s, you want a warm hat, gloves, fleece, and a 10-below sleeping bag in your backpack. It might add some bulk, but being prepared for Mother Nature’s moods is worth carrying the extra weight.

Packing for a European backpacking trip is no different. We have all seen the travelers laden down with so many backpacks and bags they can barely squeeze on the tram, but fail to think ahead, and you’ll end up in Stockholm with sandals.

Before you leave, study the weather of each city and bring the gear to go with it.

The Arctic wilderness of Alaska taught me that I am strong and capable. But there were also times when I was scared. In grizzly and polar bear country, it’s hard not to be.

I learned that to admit to my fears didn’t mean I had to give in to them. In big, bustling European cities, I’ve had similar feelings of vulnerability. But I’ve realized that acknowledging my uneasiness and wariness is an essential part of staying safe. 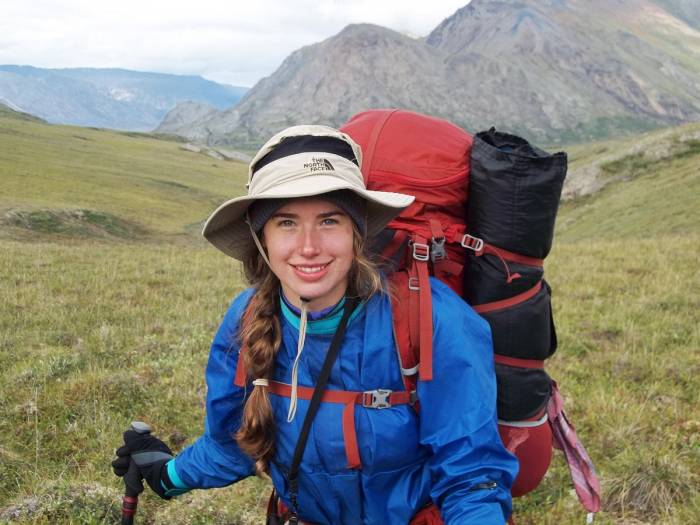 Up Next: Treehouse Of The Future? Crazy Concept Will Be A Reality

Saving…
Treehouse Of The Future? Crazy Concept Will Be A Reality
‘Hotel In Alps’ Is Surreal Mountain Retreat
×