If you’re a cyclist, you know bike computers can be frustrating. The display may be too small, and some computers so hard to use that you spend more time clicking through screens than actually riding. Wahoo just solved those problems with its ELEMNT ROAM bike computer.

Wahooo builds it with a focus on adventure, not to be the lightest or aerodynamic computer on the market. I’ve been testing the Wahoo ELEMNT ROAM for a month and am impressed. 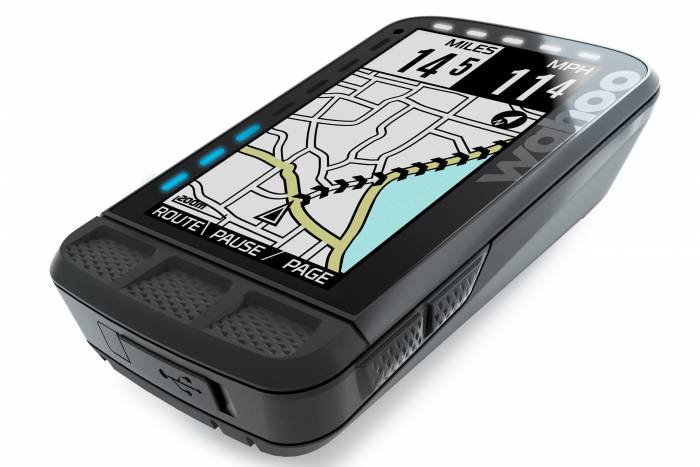 The ROAM solves real problems. If you’re seeking the smallest, lightest bike computer, look elsewhere. But if you’re looking for an adventure computer — one that doesn’t require you to pull over, get off your bike, and bring your face within in an inch of the screen to read — this is for you.

The ROAM’s 2.7-inch screen lets you actually see where you’re going, and it’s easy to zoom in and out while you’re moving. An arrow represents your location against the background of roads and trails. It sounds obvious, but the arrow makes it easier to see where you are and where you’re headed.

The ROAM has advanced navigation features that, again, solve real problems. The computer directs you back to your planned route when you get off course. It will also take you to the start of your route from the parking area, your hotel, or somewhere else. And when you’re not sure of your route but know your destination, the ROAM lets you pan and zoom — and then it tells you the best way to get there.

When you’ve finished a ride, or you need to bail, and you’re trying to get home the shortest way possible, ROAM directs you. It also lets you retrace your route back to the start.

The ROAM pairs with routes in popular cycling apps like MapMyRide or MTBProject. Make routes in those apps, and you can download them and ride them on the ROAM. It won’t take a Ph.D. in smartphone or bike computer technology to pair the devices. Turn on the ROAM, and a QR code appears. Hold your smartphone camera over it, and they pair automatically. 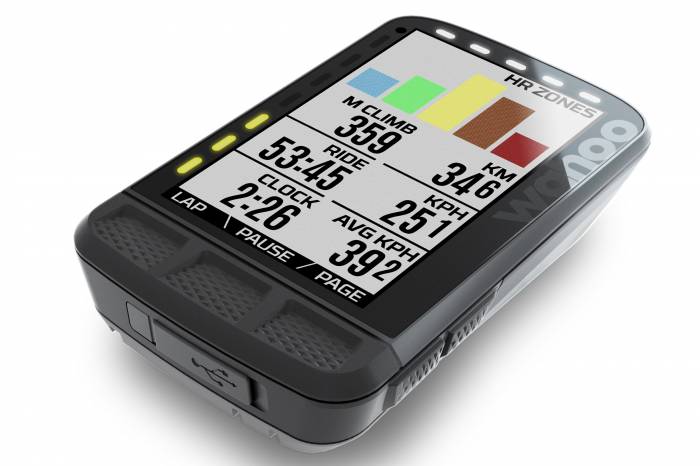 One other big bonus of the ROAM: It won’t die mid-ride. The computer has a 17-plus-hour battery life and an energy-saving ambient light sensor. It automatically turns the screen backlight on or off and adjusts screen brightness and turn-indicating LEDs in changing light conditions.

The ROAM isn’t the smallest computer; the outer casing is slightly larger than Wahoo’s original ELEMNT. But the ROAM-specific mount it comes with has sleek lines, and we certainly didn’t notice any drag while gravel riding and mountain biking. It also has a UCI-approved screw that prevents a casual thief from grabbing the computer off your unattended bike.

Wahoo ELEMNT Review: Bike Navigation On Road and Off

Datavores rejoice! Virtual reams of cycling metrics are delivered to your handlebars with the Wahoo ELEMNT bike computer. In this review, we focus on the ELEMNT's utility for bikepacking and route navigation. Read more…

There are only a few negatives of the ROAM I’ve discovered so far. It’s not compatible with other Wahoo mounts. If you ride more than one bike, you’ll have to buy extra mounts. And there’s only one screw-on mount currently available. It puts the computer a few inches off the handlebars where you can easily see it. It’s great for road riding, but it puts the computer in a vulnerable position when you’re mountain biking. 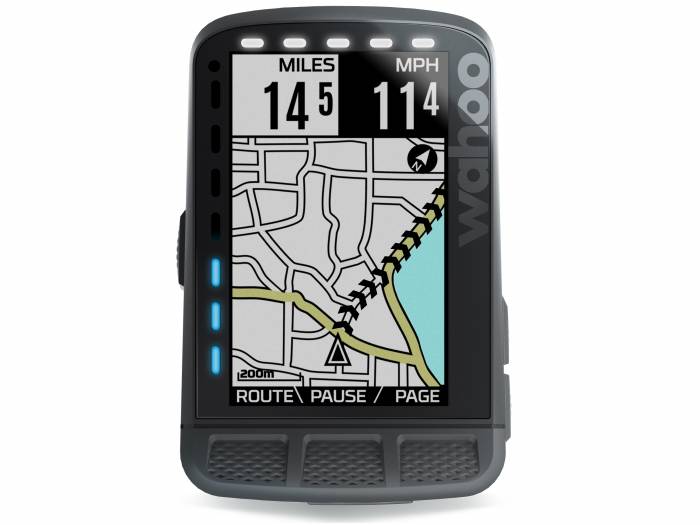 Also, while the new color display is awesome, when navigating city streets at race pace, the display didn’t update my location as fast as I hoped. I missed a turn or two if the display wasn’t zoomed in all the way. Chances are that tracking will be improved in a firmware update, though Wahoo hasn’t committed to that. And if you’re a mountain biker, you’ll be anxiously awaiting Trailforks integration.

By late May, the ROAM will have Strava turn-by-turn directions, and by June it should have on-device elevation in other modes besides planned routes. 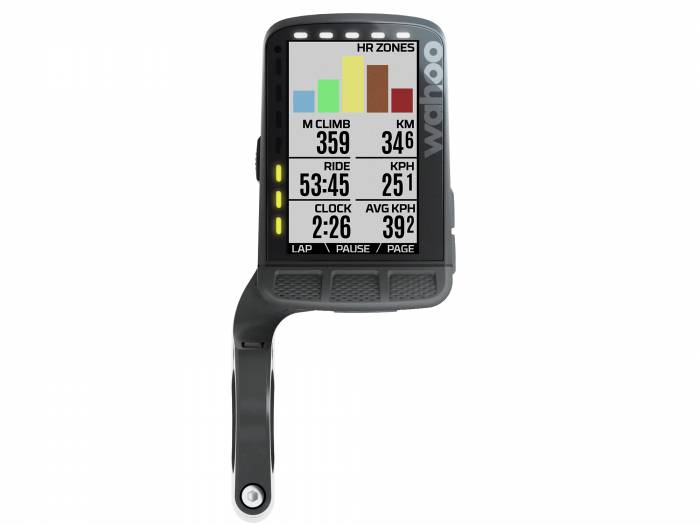 “As more cyclists are using their bikes to explore lesser-trafficked areas, or navigating while riding new roads or trails, we are so excited to offer a computer purposefully designed for the challenges of cyclists around the world, especially navigating while riding,” said Chip Hawkins, Wahoo CEO and founder. “With ROAM, we’ve taken our proven, intuitive, and easy-to-use ELEMNT platform — loved by all kinds of riders — and added features to create a powerful new tool that cyclists can use to guide them on every kind of ride.”

Like other ELEMNT computers, the ROAM integrates with the Wahoo Fitness Ecosystem, including KICKR smart trainers, TICKR heart-rate monitors, and RPM Speed and Cadence sensors. ANT+ and Bluetooth Smart connections allow the ROAM to work with non-Wahoo sensors as well.