New to cycling? We’ve got you covered. Bike shorts are wonderful if you know how they work. Here are all your chamois questions answered.

Now that you’ve picked up cycling, it’s time to figure out the gear. Beyond the bike, there are shoes and pedals, the helmet, nutrition, jerseys, and – of course – bike shorts.

Maybe you’ve spotted fellow riders sporting spandex that looks like it’s held up with suspenders. Or perhaps you ride in running shorts and wonder if cycling is a good idea – because your crotch is chafed and killing you.

We get it: Cycling shorts are weird. It can be tough to wander into a bike shop and ask intimate questions about friction and chafing. Below, we provide everything you’ve wanted to know about bike shorts.

While you don’t need bike shorts to ride a bike, you won’t see many cyclists – least of all racers – opting against them. It’s worth trying a pair. Many riders find it’s a lot more pleasant to pedal with bike shorts than without.

What Are Bib Shorts?

Once you’ve accepted bike shorts into your life, consider upgrading to bib shorts – they’re a game-changer. Rather than relying on a waistband to keep your shorts firmly in place, bib shorts use a suspender/strap system to keep them hoisted where they belong. They’re more comfortable, less prone to slippage, and less likely to impede breathing or digestion. 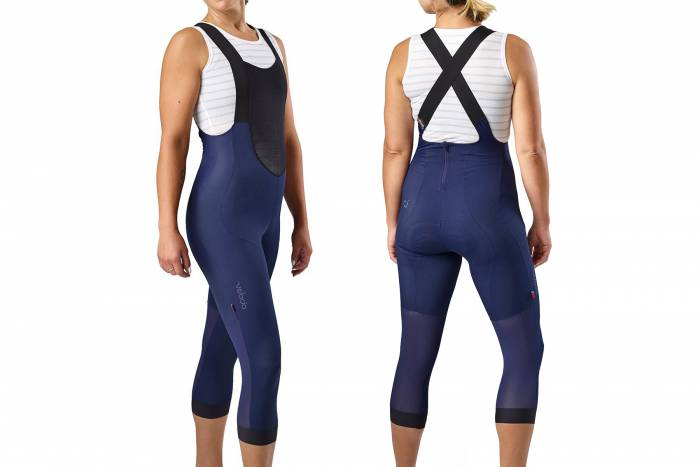 How Do You Pee in Bib Shorts?

Ah, the eternal question. For men, it’s an easy answer: Most bibs have enough stretch to be pulled down just enough in the front. (Aim carefully!)

Unfortunately for women, most bib shorts require you to pause and remove your jersey first. But many companies, like Giro and Velocio, have developed zipper- and halter-style systems that make it easier to drop trou without ditching the jersey.

What Is a Chamois?

The biggest question on a group ride as a new cyclist is the simplest: What is a chamois? Basically, when you hear the word “chamois,” it refers to cycling shorts. But that term isn’t entirely accurate. 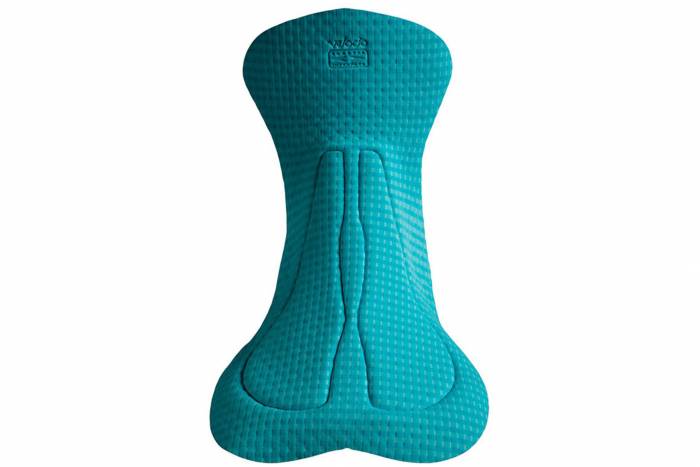 The chamois is the padded crotch section of bike shorts. History lesson: It used to be unpadded leather at the dawn of cycling clothing in the ’80s.

Today, that padding is made of foam of varying densities. Its design aims to alleviate pressure in your nether regions and provide a friction-fighting fabric where you need it most. Often, the pad will have antimicrobial properties too, because damp and dark appeal to gross bacteria.

There is a slight difference between chamois for men and women. Because chamois have different foam densities to address different pressure points, male- and female-specific shorts often differ.

With more women on bikes and buying shorts, the cycling shorts game has evolved for ladies of late. As a result, most companies have begun to make different chamois. Women’s chamois tend to be a bit wider in the sit-bone area, while men’s chamois pads tend to have an inlet down the middle.

What is Chamois Cream and Do You Need It?

You definitely don’t need it, but for longer rides, chamois cream can make things a lot more comfortable. The friction-fighting cream should be applied directly to spots that frequently chafe.

Only a small amount, a quarter-size dollop, is needed. Any more, and you’re actually going to be creating more friction as you slide around in your shorts! As a rule, your shorts/saddle/bike fit should be comfortable enough that you can easily ride for an hour without chamois cream.

Bike Shorts With or Without Underwear?

Don’t wear underwear with bike shorts. There are a few important reasons for this.

First, the purpose of a chamois is to provide a smooth surface that prevents friction. Adding underwear undoes that entirely.

Second, chamois are designed to trap harmful bacteria. Cotton underwear, by contrast, doesn’t do this so well.

Third, chafing, heat, and humidity from cotton undies make for a much warmer, soggier environment. That creates ripe conditions to develop saddle sores caused by chafing, which can lead to microtears in your skin.

Have we convinced you to go commando yet?

If you think you have a saddle sore, you’re probably right. They happen when bacteria makes its way into microtears in your skin caused by chafing and friction while riding. This typically happens near the top inside of your thighs but can be anywhere bum contacts saddle. It might look like a small open wound or a big pimple.

For starters, take a day off the bike. Then, make sure to keep the area as clean and dry as possible. If it doesn’t go away after a few days, or if it constantly hurts and you feel feverish, see a doctor ASAP.

How to Wash and Dry Bike Shorts

The first rule of bike shorts is not to wear them more than once without washing them. After every ride, wash your bike shorts thoroughly. When doing laundry, make sure to put the shorts into the machine inside-out and that the chamois gets as much soap and water as possible.

Also, use a soap that won’t irritate your skin. Many cyclists find unscented, dye-free soap to be the best option. Since you’re pressing the fabric into your skin as you sit on the saddle, it’s ultra-important to avoid skin irritants. Otherwise, double-rinsing also helps avoid skin irritation.

As for drying, that’s your call. Most brands recommend line drying versus tossing the shorts in the dryer, but most shorts can withstand plenty of dryer cycles. Whatever drying method you employ, make sure that your shorts get hit with heat or UV sunlight to destroy bad bacteria that didn’t come out in the wash.

Lastly, make sure your chamois is 100 percent dry before wearing again. If not, you’re creating the perfect breeding ground for bacteria. 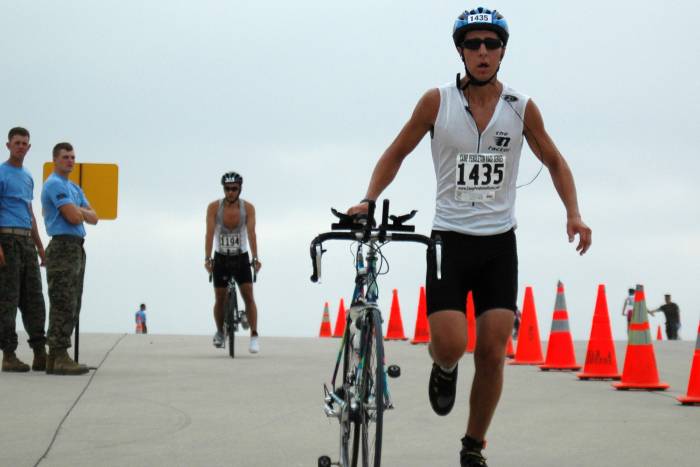 You can complete a triathlon in bike shorts, but they’ll get soggy pretty quickly. You’re better off in triathlon-specific shorts that offer a super-thin chamois pad that’s more of a microfiber patch. It still avoids friction but doesn’t provide much padding.

The only exception is for longer triathlons, like half and full Ironman distance events. Those events often provide a changing tent. And switching from a swimsuit to a nice pair of bike shorts, and then to your favorite running shorts, leads to a much more pleasant day.

Cheap vs. Expensive: Which Bike Shorts to Buy

Now that you know all about bike shorts, it’s time to get yourself some. Sometimes, a pair of $40 bibs can fit as perfectly as a $400 pair. The difference is often found in the number of panels (more is generally better) as well as the quality of the construction, fabric, and chamois.

Admittedly, sometimes you pay a bit extra for branding and design. But for the most part, higher-end, pricier bike shorts are truly made better and will last longer.

If you’re new to cycling, a cheap pair will certainly get you started. But don’t shy away from trying some of the more expensive brands as you get more involved with the sport. A pair of Velocio bibs, for example, will cost a lot now but will last through years of heavy use.

Grab a pair now and get riding!

Up Next: GoLite to Relaunch in 2019 With ‘Outletic’ Apparel