Avalanche centers and rescue groups have recorded 33 avalanche fatalities nationwide to date this winter. A quarter of those recreationists were snowmobilers and included many multi-rider burials. These tragedies aren’t new. Close to 30% of the deadly incidents over the past 12 years were sledders, according to the Colorado Avalanche Information Center.

“Snowmobilers are further and deeper in the backcountry, exposing themselves to more risk without much avalanche education: 25 [of my] close friends have lost their lives to avalanches because they didn’t know better. It’s still happening.”

Rasmussen has worked with The American Institute for Avalanche Research and Education (AIARE) since 2014 to refine the curriculum for students of the motorized program. Today, national guidelines for motorized courses are provided and certified by both AIARE and the American Avalanche Association (A3).

Rasmussen’s Ride Rasmussen Style snowmobile school and guide service in West Yellowstone, Mont., offers AIARE-certified motorized safety courses. The center is one of nine in the U.S. that teaches these AIARE-sanctioned motorized courses for snowmobilers.

Across the western U.S. and Alaska, the other facilitators range from The Mountain Riding Lab in Wyoming to Colorado-based Tyler’s Backcountry Awareness.

Workplace professionals such as snowmobile guides and operational safety personnel have further education:

Rasmussen has been off-trail snowmobiling for half a century and polished off his Motorized AIARE Pro 2 course this month. Read on for how backcountry snowmobilers can manage risk in avalanche terrain, according to Rasmussen.

“Don’t leave the trailhead without making sure everyone has a transceiver and knows how to use it,” Rasmussen said. This one is a little self-explanatory — and crucial. Carry a probe and shovel in addition to an avalanche transceiver, aka a beacon.

For navigation, Rasmussen prefers the onX Offroad app, which has a snow mode. This app’s perks: “You can pre-download the map, including maintained groomed trails, for emergency use, avalanche forecast, and slope angle shading.”

Rasmussen also recommends wearing an airbag pack. A premium choice is the BCA Float MtnPro Vest Avalanche Airbag 2.0 ($800), featuring the lightweight 2.0 airbag system. Rather than layering a chest protector beneath a pack, this low-profile design integrates the two. 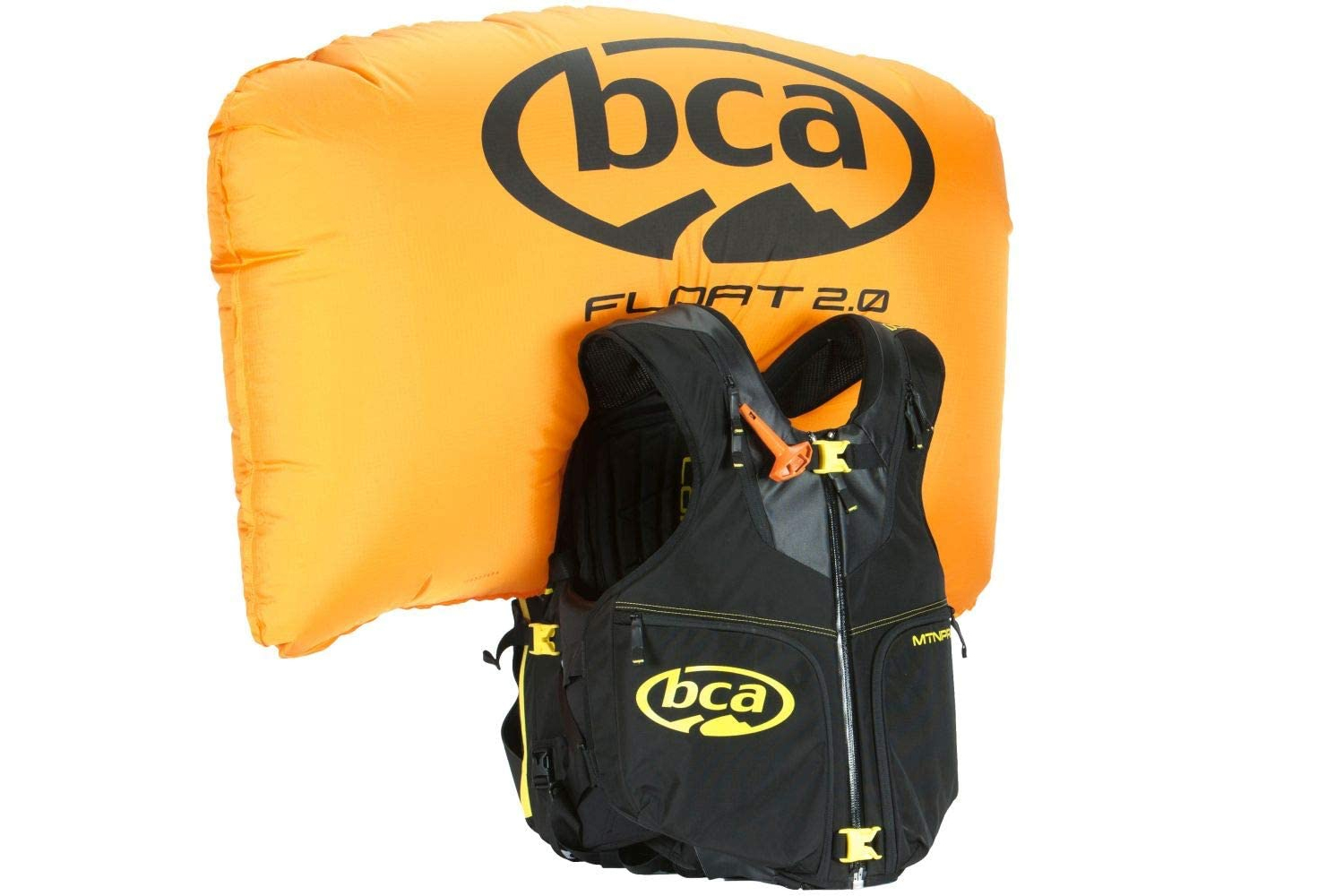 Surrounded by noisy engines, hand signaling is a common communication tool, but it has limitations. “We always use radios,” said Rasmussen. “The BC Link Two-Way Radio 2.0 microphone and speaker [$190] clips to your shoulder. You can hear a call, stop, and listen.”

Other gear you may not think to bring along? Carry a siphon hose to transfer gas if a fuel tank runs low. Bring a tunnel bag with extra gloves, calorie-dense food, a down jacket, and a bivy.

If you get stuck overnight, “it takes a lot of firewood to keep a fire going. It might be better to build a snow cave.” Pack an extra shovel. Tailored to snowmobilers, the BCA D-2 EXT ($100) has a hoe mode and an integrated wood saw.

“Never go alone: That’s the No. 1 precaution to prevent backcountry deaths. Even when you’re with a group, you can find yourself alone,” Rasmussen reminded us. “Snowmobiles cover a lot of country in a short amount of time. Have a partner with eyes on you and vice versa.”

Rasmussen recommends a group size of four to six snowmobilers, as larger parties are difficult to manage. At a minimum, the crew should include three. If an accident occurs, one can care for the victim and the other can seek help.

“Avalanches are only one hazard placing you at risk. Many things can go wrong in the backcountry. People die for other reasons,” said Rasmussen.

Riders could be crushed or pinned beneath their 550-pound sled. They could collide with a tree or slide or drive off a cliff. Snowmobilers can also get stuck in streams or tree wells. Yeah, it sounds scary. Be sure to plan ahead and evaluate risks along the way.

Travel one-by-one between islands of safety: Don’t expose more than one rider at a time to hazards. It can also be hard to spread out when you’re moving fast.

“When I enter a zone that needs caution, I point two fingers at my eyes, signaling to the rider behind me that they need to keep eyes on me and wait,” Rasmussen said. “I cross, stop, and wave to motion for the next rider to follow. Most of the time, we’re able to follow a route that doesn’t cross an avalanche runout zone.”

“Read the forecast. Know which aspects are dangerous and at which elevations. For instance, if wind slabs are on north-facing slopes, avoid being above or beneath those,” Rasmussen instructed.

Evaluate the snowpack as you ride, especially when a sled gets stuck. Snow pits are informative but only reflect that single slope. Check and observe the weather. “A storm can slow you down, disorient you, get you stuck in the dark or in a drainage.”

Situational awareness is imperative for mountain snowmobiling. “You always need to know where you are in the backcountry in relation to avalanche runout zones, drainages, and aspects. Most riders naturally look at the snow 50 to 100 feet ahead of them. If you’re not observing the ridgetops, you’ll lose track of where you are and find yourself exposed below an avalanche chute.”

Responding to an Avalanche

If an avalanche is approaching, immediately deploy your airbag. Then drive as fast as possible out of the avalanche path. “Your big, heavy snowmobile can hurt you,” Rasmussen reminds us. “If you can’t move to the edge of the avalanche before it reaches you, separate yourself from your sled at the last moment.”

Here’s a best-practice scenario: If a rider is buried in an avalanche, the remaining group confirms the victim’s point last seen. The leader snowmobiles across the debris to that location, shuts off the engine, and switches their transceiver to search mode. The other searchers drive downslope, below the point last seen, and follow the same steps. Once a signal is detected, the other snowmobilers ride over, park 10 feet away, and help with digging.

“Snowmobiles have computer technology that messes with transceivers. If the sled is on 10 feet away, it won’t interfere.”

Before you go, make a plan. Throughout the day, adapt per the group’s needs. Mountain sledding hinges on solid terrain management and communication. Simply put: “Group decision-making is how you stay safe.”

While this article covers a handful of backcountry sled fundamentals, the best way to harness skills for managing avalanche terrain is to sign up for a motorized course. And who better to learn from than Rasmussen?