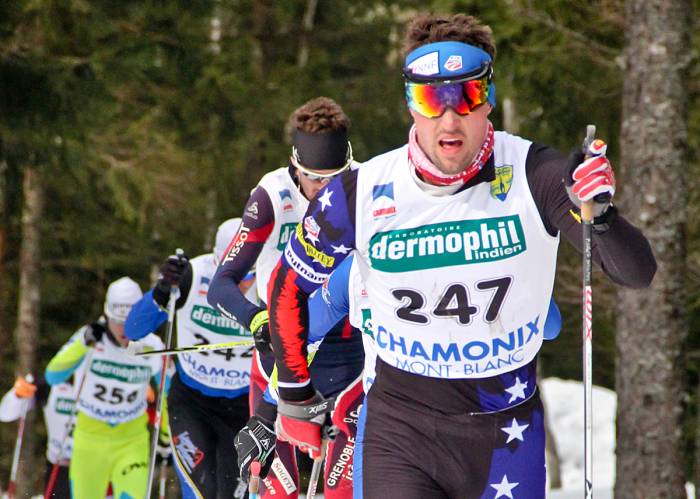 [leadin]He drives a junker ’91 Toyota purchased with a six-pack of beer, but 22-year-old Ben Saxton is simultaneously aiming for the Olympic Games and an Ivy League degree over a long haul. He will graduate after 12 years.[/leadin]

The moment the U.S. Cross Country Championship Nationals wrap up later this year, Ben Saxton will hop in his manual ’91 Corolla and drive to Dartmouth College.

“I bought it for a six-pack of beer,” said the pro skier, who will represent the U.S. at his second world championship event in Romania later this year. “It’s the best investment I’ve ever made, even though I didn’t know how to drive manual at the time.”

Classes start the next day for spring term at New Hampshire’s Ivy League school, where Saxton will wrap up his first academic year at the age of 22.

Saxton’s entire plan revolves around a unique program at Dartmouth. The Ivy League school offers what’s called the “D-Plan,” which allows for flexible scheduling to allow for jobs, internships, or, in this unique situation, the pursuit of a professional cross country ski career.

“If you take 12 straight terms, you’ll graduate in three years; or, you can do my plan, one term a year for 12 years,” said Saxton.

In 2012, having won his second straight Minnesota state ski title as a senior at Lakeville North High School, Saxton had an offer to ski at Dartmouth, one of the best college programs in the country. But then the already-successful skier had a breakthrough. 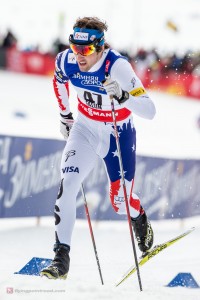 At Junior Nationals that year, held in Soldier Hollow, Utah, Saxton narrowly won the 15K skate mass start event. It was the fulfillment of a yearlong goal after he’d finished just off the roster for the Junior World Championship the year before.

“When that happened, it was so exciting and fulfilling to see all the work pay off,” said Saxton. “And I wanted to keep chasing it.”

So Dartmouth was deferred for a year, and Saxton joined a full-time training group based in the Hayward/Cable area of Wisconsin. He went back to Junior Worlds, placing 11th in the sprint.

Again, he was at a crossroads. Should he settle in for college? Or keep pursuing skiing to the greatest extent he could?

For Saxton, the decision was surprisingly easy and straightforward.

He put Dartmouth off another year, joined the SMS T2 team at Vermont’s prestigious Stratton Mountain School, and signed deals with Fischer, Julbo and Swix. Most of the year, he trains full-time, living meagerly, citing in one term of college at a time. We caught up with Saxton as he prepares for this year’s U23 World Championships to learn more about his training, his racing, the life of a pro skier, and his education plans.

Spring term lets me finish my racing season and still train in the summer. This year, we’ll have our spring nationals, and the day after the 50K I’ll hop in the Corolla and drive to class. I’m excited to finally finish up my “freshman year.” 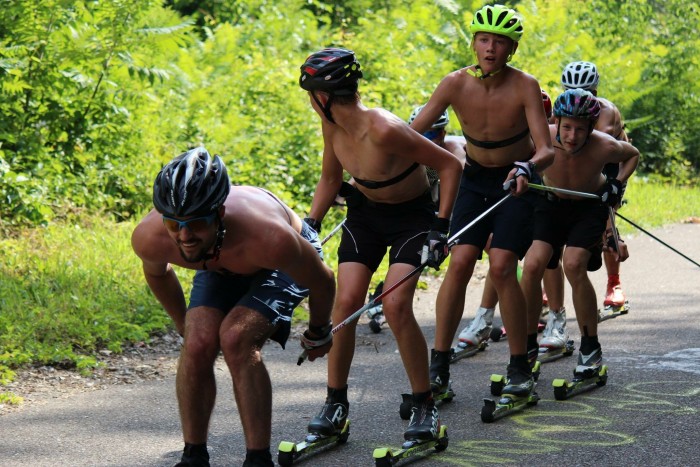 I didn’t lose a scholarship to Dartmouth. Since Dartmouth is an Ivy League school, they don’t give scholarships, either academic or athletic. All aid is need-based. So that didn’t make my decision tougher. The toughest part was deciding on Dartmouth in the first place, before I thought I’d skip college skiing, because some other schools had offered me money. I didn’t take that decision lightly because my family has always worked so hard to provide for me, and my parents have three kids in college. It means the world to me that they’re behind me on chasing this dream. 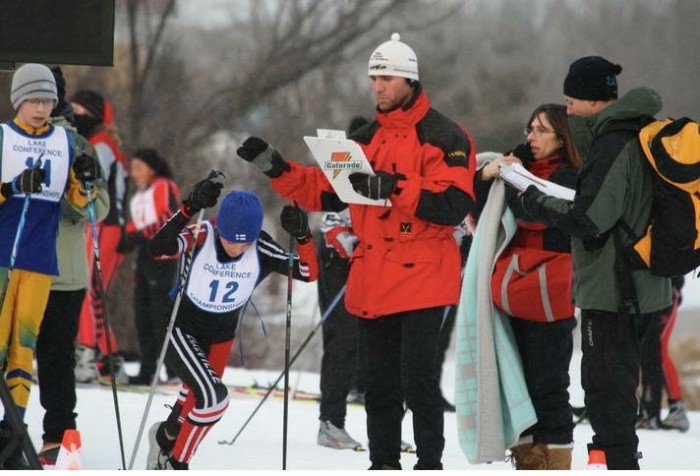 We have a very binary, black-and-white view of careers. People tend to think, once you’re 18, you either go to college for four years and enter the work force right after, or if you’re a really talented athlete you go pro full-time and that’s all you do. But if you work hard, there are ways to pursue both an education and an athletic career. 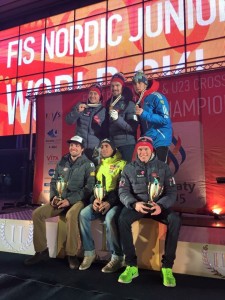 My first year racing with SMS was tough. My second postgrad year, I learned a lot because I aged up a group from Juniors (U20) to U23. So instead of racing 18 and 19-year-olds as a 19-year-old, I was racing 21 and 22-year-olds as a 20-year-old internationally. I made it to U23 World Championships that year, but just missed the sprint rounds (top 30).

You don’t really make money as a pro skier. Mostly, you just have gear and accommodations covered, and this allows you to train as hard as you can, thanks in large part to sponsors like T2, which is set up to support athletes in Olympic snow sports. For example, Fischer doesn’t pay me, but they do send me, maybe, 10 pairs of skis a year. That’s a huge financial expense that’s covered.

Summer training is a lot different than winter. And it’s not just because there’s no snow. Volume is different. In the summer, there are usually two sessions a day: a rollerski or trail run [author’s note: SMS is located right on Vermont’s rugged Long Trail] in the morning and either another session or strength in the afternoon. It’s probably 16-20 hours a week. In the winter, that comes down to 10-15 hours. That could mean just one session a day. It’s about sharpening for racing season. 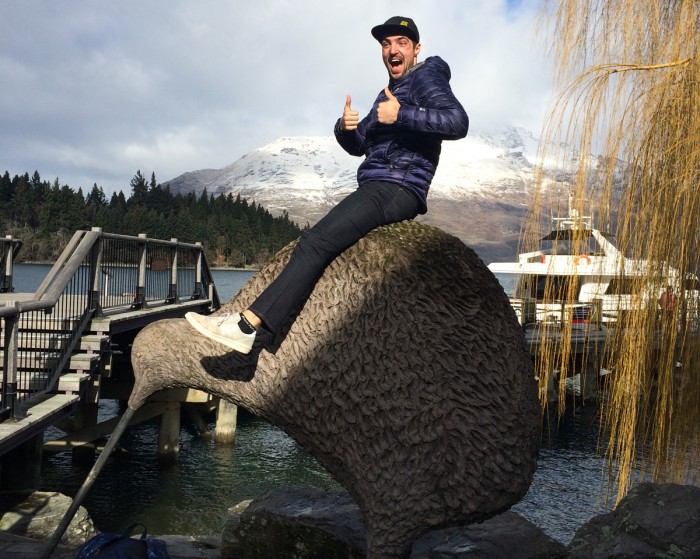 To be good, you have to live like a clock. Repetition breeds success. I try to focus on this because I’ve had some disruptions in my training with illness and injury this year. Each day I focus on how to do my next session perfectly, then how to recover, and how to rehab my ankle [which was injured in a fall in December]. Then you turn your attention to the next session – how to do it perfectly. Repeat.

My training partners are the reason I’m here. I’m more of a sprinter, and SMS T2 has two of the best sprinters in the country in Andy Newell and Simi Hamilton. Hamilton won a stage race in the 2014 Tour de Ski, which is the first by an American man in a few decades. We push each other really hard, and they’re my best friends in the world at this point and they’re teaching me so much.

Our women’s team is an inspiration. Internationally, the women here have had a lot more success than the men. Sophie Caldwell won her first World Cup race this year, the classic sprint in Oberstdorf, Germany; and Jessie Diggins won her first in the 5K freestyle in Toblach, Italy. They’re the second and third US women ever with a World Cup win. So we definitely look up to them.

My goals are 2017, 2018, and 2019.  2018 is the next Olympics, and it’s bookended by [senior] World Championships. I’ve had dreams about competing in the Olympics, and even bigger dreams about being up on the podium. But World Championships are at least as important, and even harder, since every country gets more starting spots. For example, Norway has probably 15 guys who could win, and they aren’t limited to three spots at Worlds. 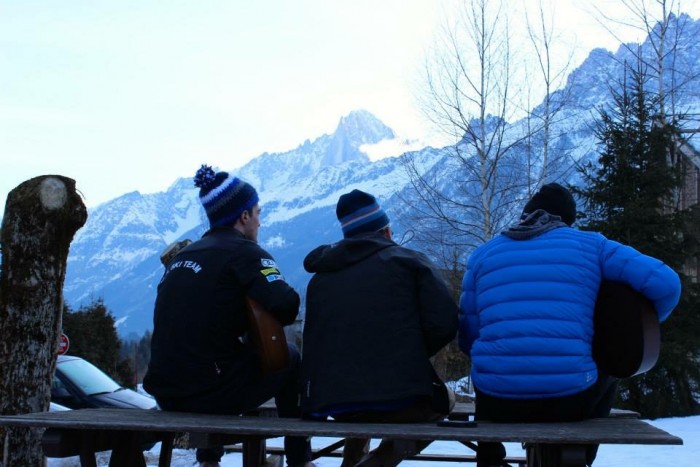 I’m probably going to major in English. I like writing, and film, and journalism. I like telling stories. Not about skiing – skiing is boring (laughs). I have so many crazy experiences, and I want to learn how to craft them into stories I can tell well. Sharing those with people is something that gets me excited. We’ll see how that translates into a career.