This film about a historic avalanche that buried Alpine Meadows Resort is making waves as one of the best outdoor documentaries of the year.

Some avalanches happen in the backcountry, some happen inbounds, and some bury entire resort villages. Then you’ve got avalanches like the one that occurred on March 31, 1982, at Alpine Meadows Resort in Lake Tahoe near Tahoe City, Calif.

The conditions had been serious all day long and created a perfect storm for a big slide. Then, around 3:45 p.m., a series of massive avalanches released along Poma Rocks, Buttress, and Don’s Nose. A churning ocean of snow descended, heading straight for Alpine Meadows’ base area.

It was the most deadly event in Alpine Meadows’ history (now connected and known as Palisades Tahoe). And this year, a documentary titled “Buried: The 1982 Alpine Meadows Avalanche” tells the story 40 years after the fact.

Using current interviews with people who were on the scene, and both old and new footage, this film puts the tragedy in stark relief.

“Buried” won numerous awards from the Austin Film Festival, MountainFilm, BendFilm, and the Vancouver International Mountain Film Festival. It recently released on iTunes and received a 100% rating on Rotten Tomatoes — from both critics and audiences.

So check it out. It might be one of the best outdoor films of 2022. 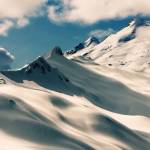 How to Spot Avalanche Danger: Crash Course With AIARE Forecaster

In Outdoor Research's brief avalanche safety video, an avi forecaster provides a crash course in avalanche terrain and goes over the basic tools every backcountry traveler should have. Read more…