The ROAM Elevate is a robotic exoskeleton for skiing. I was one of the first people outside the brand to try it.

I’m getting off the ski lift at Eldora Mountain Resort and my backpack is rumbling. With each knee bend, the buzz of an air compressor vibrates the 15-pound backpack.

There’s also a compressed-air sound coming from my knees, where a carbon-fiber exoskeleton hugs my thighs and connects down to my ski boots. I make a ski turn and emit the sound of a semi-truck releasing its air brakes.

With all the noise, I feel a little like a bionic man, which makes sense. Connected to my body is one of the most advanced recreational exoskeletons in the world, the ROAM Elevate.

I make a turn at speed, bend my knees, then launch upward. The mechanism enhances my quad strength, almost as if gravity is turned down. And all I can think is, “This is so, so weird. Let’s rip!”

The ROAM Elevate is a complicated device and is not for sale — at least not yet. But you can rent it this winter for $110 at the Lake Tahoe and Park City, Utah, ski areas starting on March 9, 2019.

Invented by Tim Swift, a mechanical engineer with a Ph.D. from UC Berkeley, ROAM leverages a background in medical devices such as the Ekso, a rigid exoskeleton for gait rehabilitation and paraplegic mobility.

But Swift wanted to make an exoskeleton that was both lighter and more affordable so it could be used outside of a hospital setting. Thus, he set out with a team in 2013 to create what is now just coming to market.

The ROAM Elevate operates on compressed air. It’s a light device (about 2.5 pounds per leg) that connects to the user’s thigh and ski boot. It has a hinge in the middle, and an actuator straightens the device when inflated with air, which comes from the compressor worn in a backpack. 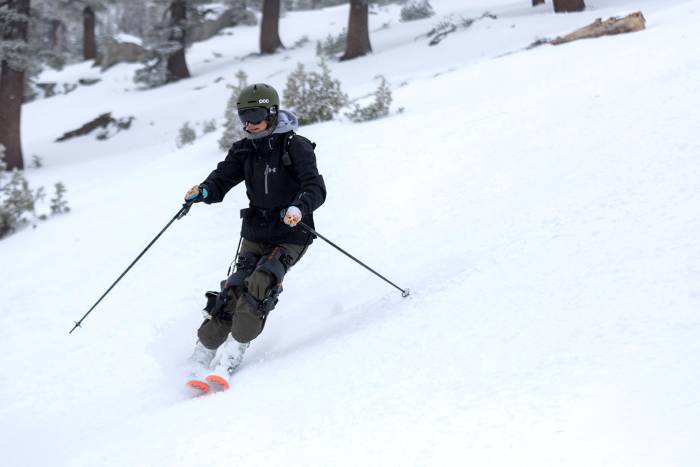 But that’s a major oversimplification. I talked with Swift at length about the development process, and it’s very complex and ongoing. ROAM engineers are constantly adjusting the algorithms that control the device. And, frankly, the engineering goes over my head pretty quickly.

But the results are remarkable on the slopes. 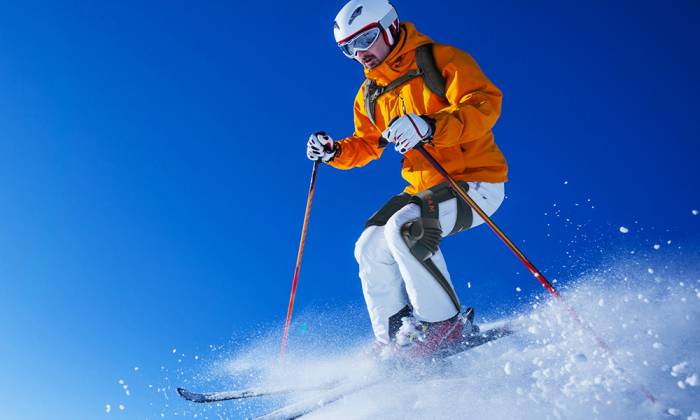 I did two runs at Eldora wearing the ROAM Elevate, and they were two of the weirder ski runs of my life.

The first thing to note is that this system does actually work. It seems to enhance your body’s natural motions. Bend your knees, and you sink toward the ground naturally. Extend them, and the machine senses your intentions. It assists your legs, removing some of the burdens from your muscles.

So yes, it does work. But that’s not to say that I loved the sensation. 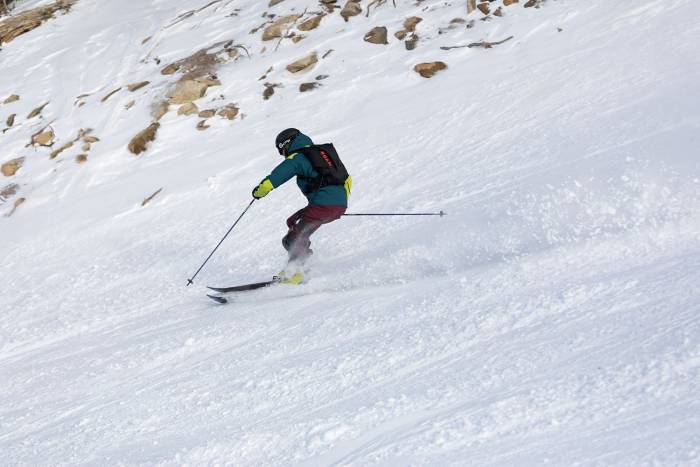 There’s no hiding this thing, and you’re going to get some puzzled looks. It’s also a little loud and certainly intrusive on the experience of being on a mountain. I’ve skied since I was 5 and never felt that leg strength was a major limiting factor to my skiing.

But again, it does work. It lifts you, assisting your legs and making it easier to go from a bent knee to a straight leg. It proves that the concept of an exoskeleton works, and it may help those with weak knees, injuries, or a lack of ski fitness have a better time on the slopes.

But my biggest takeaway? This may be just the tip of the iceberg.

Exoskeletons: ROAM Is the ‘Model T’

I won’t be rushing out to rent one of these soon. But I’m still really intrigued by the device. In speaking with Swift, he said one thing that really grabbed my attention: 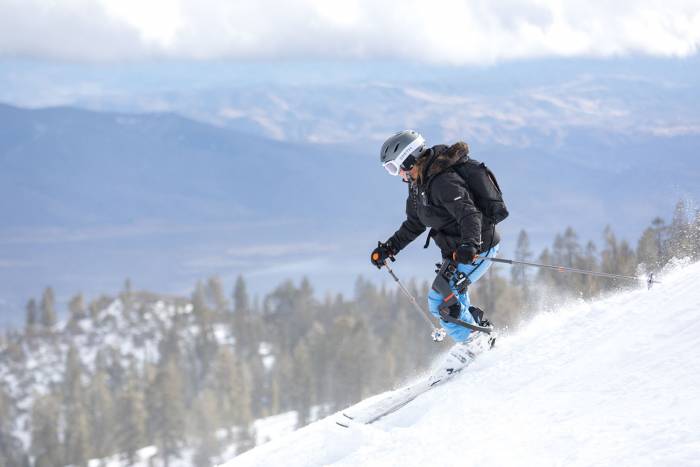 What Swift meant is that his team is just beginning to reveal what can be done with exoskeletons. In presenting the Elevate, Swift discussed other applications, like helping people run faster and farther. And it seems to me that the future may see a lot of these human-robot interfaces.

For now, the Elevate is, frankly, a bit of a novelty. I don’t see it hugely changing skiing in the short term, and advanced skiers will probably feel more restricted than helped by the technology. Some novices may feel helped by it, and those with injuries or other impediments may find some help, which I appreciate. 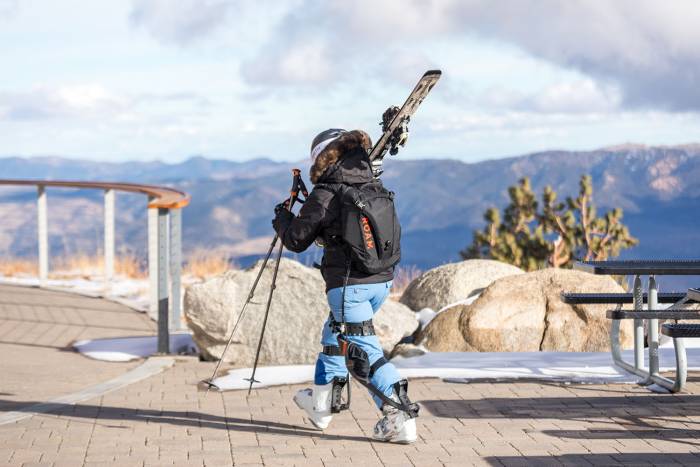 But what does the future look like? Pretty exciting. ROAM has been in production for just a little over 6 months since a round of funding brought the product to life. And in that time, it’s gone from concept to very functional reality.

It seems like, given enough time and money, the team could develop a product that makes the unthinkable possible. Bigger jumps. Harder turns. Superhuman feats. It seems this tech may be just around the corner.

And in just a couple months, you too can don robot legs at a few select mountains. I’m pretty sure you’ll get some critical looks from your fellow skiers. But you just may be on the cutting edge of the future of sport.

Up Next: 3D Print This Remote-Controlled Snowblower

Saving…
3D Print This Remote-Controlled Snowblower
Not So Epic: Arapahoe Basin Breaks Up With Vail Resorts
×