Looking for gifts for the skier who has everything? Check out these startup brands for products about to make a splash this season.

Garage Grown Gear curates gear and apparel from outdoor startups. It tells the story of how early-stage brands are innovating the outdoor industry. We asked GGG’s founder, Amy Hatch, to share some cool new ski accessories with us. Much of the gear featured below is available on garagegrowngear.com.

Read on to for some cool products from undiscovered brands! 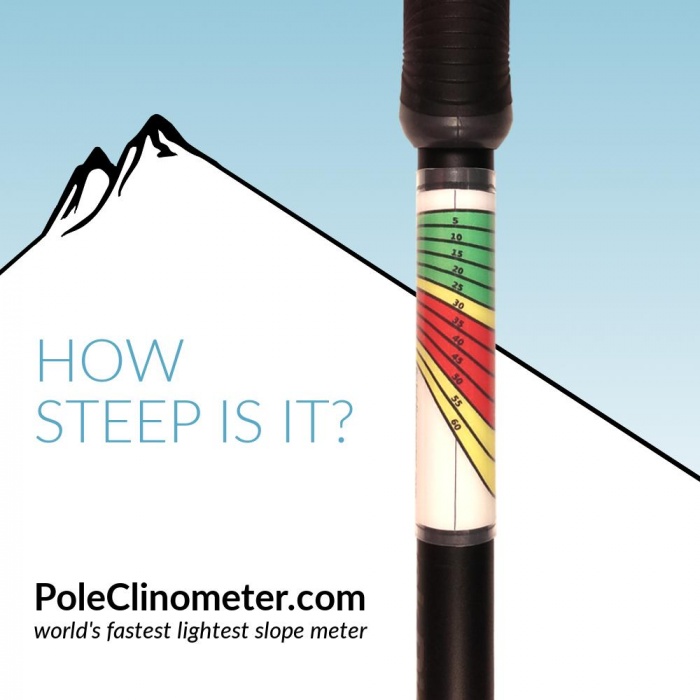 When Grayson King was first introduced to inclinometers (slope-angle measuring devices) during an avalanche safety course, he realized that he’d be unlikely to dig one out of his pocket on a regular basis. As an engineer, King knows how to find solutions to problems, and this was no different.

King realized that he could create an incredibly accurate inclinometer simply by wrapping a sticker around a ski pole. With the sticker installed, all he needed to do was dangle his ski pole for an on-the-go measurement.

With the help of a successful Kickstarter campaign, King created the PoleClinometer, a $12 sticker that lets you sight both across and down a slope. 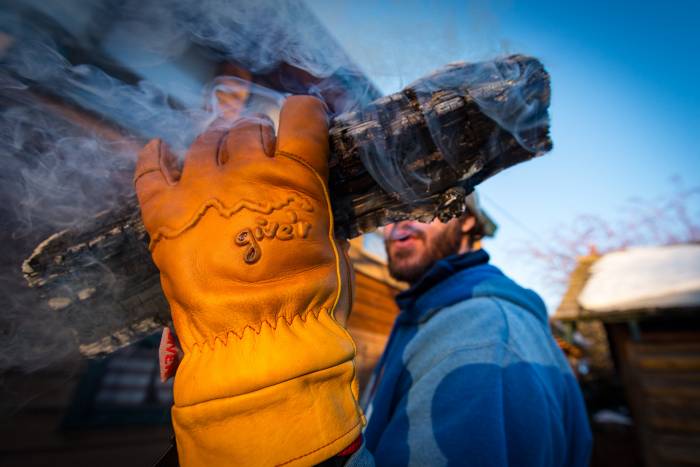 Give’r formed after Bubba Albrecht made a hat featuring the Canadian phrase “give’r,” which means to get after it, do your best, and be in the moment. People regularly stopped Albrecht to ask where he got the hat, and after dozens of requests, he decided to go into business.

Give’r experienced a breakout year in 2016 when it launched its 4-Season Gloves on Kickstarter. Raising more than $200,000, word quickly spread about these tough-as-nails, waterproof leather gloves.

You can use them for typical winter activities, like skiing, riding, and shoveling. They can also handle the more extreme, like picking up a burning log or dry ice, or sticking your hand in boiling water. And, best of all, you can get them branded with your initials. 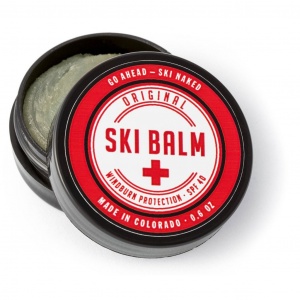 Bill D’Alessandro was working at a tech company in Denver when a huge storm dumped powder in the mountains. He did what any avid skier would do: He called in sick to work. A phenomenal day on the slopes left him with a serious case of raccoon eyes. “I was totally busted,” he said.

His boss was cool about it, but it did get D’Alessandro—who has a background in skin care—thinking about ways to protect his face from the harsh sun, wind, and cold.

It took two years and a lot of trial and error to develop what is today the Original Ski Balm formula—a non-greasy, microscopic layer that keeps off wind, locks in moisture, and protects from the sun. 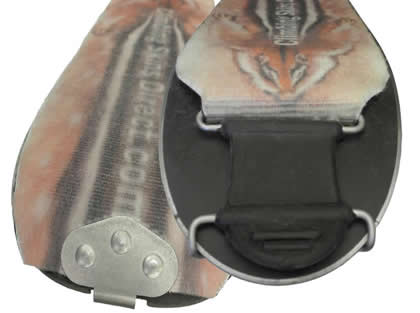 Rick Liu is no stranger to the ski industry. Over the years, he’s worked for Chouinard Equipment, Black Diamond, and Life Link. He was also a key member of the team that developed Ascension Enterprises, the first climbing skin company in the United States.

Almost a decade after Ascension Enterprises was sold to Black Diamond, Liu decided to get back into the climbing skin business. Only this time he wanted a small-scale operation with a direct-to-consumer business model.

Liu’s company, Climbing Skins Direct, launched in 2008 from his garage. The glue used on the skins and their pricing set Climbing Skins Direct apart. “We probably have the most durable glue out there,” Liu said. And the pricing is almost half of other options on the market.

Peak to Plateau Base Layers 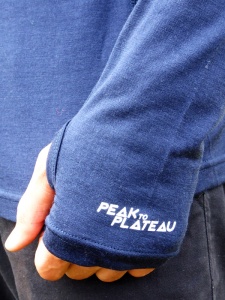 Peak to Plateau began after founder Stefan Warnaar spent three months exploring the vast Mongolian Steppe and high-altitude mountains of Central Asia and the Himalayas.
While living with yak herders, he discovered the amazing properties of yak fiber. It is warmer, softer, and more breathable than merino wool. It is also less irritable to those sensitive to sheep wool.

The outdoor base layers he went on to create are a blend of 65 percent yak wool and 35 percent TENCEL, which comes from a eucalyptus tree. They have a slim fit, thumb holes, and flat-stitched seams. 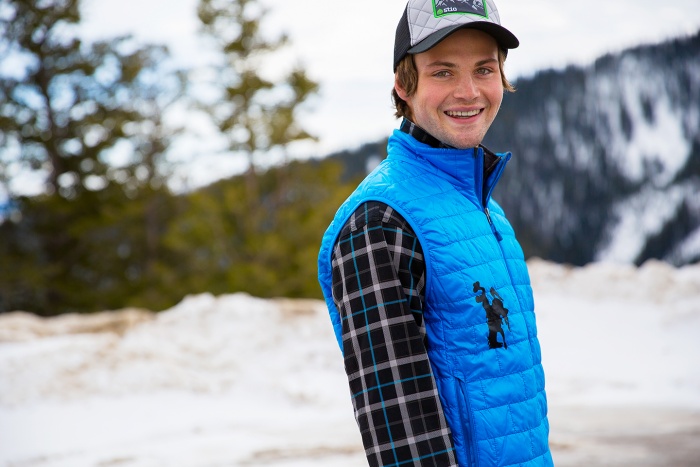 When Kelli Jones got a new puffy jacket in the mail, she immediately put it on to go hunting. A few miles in, she hopped a barb wired fence and heard her brand new jacket tearing.

She didn’t want to repair the hole with duct tape, so she sought out fabric to make her own patch. And, in doing so, she had an “ah ha” moment. Why not make fabric patches in unique shapes and colors that easily stick to jackets, packs, tents, and other gear?

Noso Patches are made of ripstop nylon. The adhesive on them is heat activated. Just clean your gear, apply the patch, throw it in the dryer for 10 to 15 minutes, and it’s ready to go.

Soul Poles makes custom bamboo ski poles out of its shop in Park City, Utah. Its founder, Bryon Friedman, is a former professional skier who took note of how much waste the snow sports industry created.

In an effort to change the status quo—especially in light of climate change—he looked to fast-growing bamboo as a renewable alternative to aluminum. He found that bamboo offers not only style and sustainability but also strength. Certain varieties proved to be twice as strong as aluminum.

Soul Poles now sells a vintage-looking pole called the Original, as well as its newer soulLite model, which is lighter and can be turned into a trekking pole. Both models are made with recycled grips and can be custom engraved.