We check in on Cody Townsend’s progress toward skiing the 50 toughest lines in North America and the pair of gloves he’s used throughout that quest.

Cody Townsend has been an athlete with Hestra Gloves for nearly 12 years. He was one of the first members of the brand’s North American team. Back then, the Hestra Seth Morrison Pro Model was a glove he remembers people gushing over.

Now, he’s settled on one pair of gloves to be his companion on the continent’s most challenging ski-mountaineering pursuits.

Townsend is closing in on the completion of The Fifty project, his “attempt to climb and ski the 50 most challenging, beautiful and classic backcountry ski lines in North America.”

It’s a big feat and one in which quality gear plays a part. And it turns out, his backcountry experience has fine-tuned how he protects his hands in a range of conditions.

His ski mountaineering pursuit was slowed due to recent travel restrictions last year, and he’s had to change his approach as he ticks off more objectives on an ever-dwindling list.

Closing in on 50 Peaks

After 3 years, Townsend has completed 36 lines. He did 20 the first year, 10 the next, and completed six earlier this year when coronavirus interrupted travel.

When the project started out, he had most of the Western states and the provinces of British Columbia to monitor and plan for.

“Early on, what I did was map out the difficulty of each line and figure out what kind of snow quality — like avalanche conditions and/or coverage — was necessary to ski that line,” he explained. “Then when January comes along and I’m just checking the weather and avalanche forecasts.”

Chasing conditions at the drop of a hat, Townsend could be off to Colorado to hike a line. Lately, as the number of lines left on his list has shrunk, he’s mainly chasing snow stability. For instance, the bad conditions from early snow kept Townsend away from Colorado much of last season. He made his last Colorado run in April.

This year, he has just 14 left of the 50 and no longer has an “unlimited buffet” of options. He has had to learn to turn off his brain and just enjoy the location while he waits for the right conditions, he said.

In fact, the remaining lines have become more of a logistics challenge than just skiing.

“Generally the ski part is pretty easy. It’s the research, gathering beta, the understanding the mountain, the lines, and the snowpack,“ he explained.

“Especially in a new zone where I don’t know the area or the snowpack well. There’s a lot of condensed learning in a short amount of time, to figure out these very complex, big, and quite often very dangerous lines.”

He’s relied on local community support to accomplish the project so far, especially so quickly. “It’s probably the coolest part and I’m so thankful for every individual that’s been there to help me through it,“ Townsend said.

If you follow The Fifty online, you’ll see him cross off most of his remaining lines in the Continental U.S. He has one remaining. His goal this season is to cross off as many lines in British Columbia as he can while keeping an eye on the big lines in Alaska.

Therein lies his three toughest challenges, “some of the biggest burliest ones, the crux lines, are still looming.”

Evolution of a Glove System

Being a pro means Townsend understands his body’s thermal regulation — and he has a good idea of how to stay ahead of cold hands. After all, it takes a lot more energy to catch up on warmth. And similarly, it takes time to learn how to avoid sweating through liners.

You can’t teach it; it comes from experience.

Over the years of wearing Hestra gloves on big mountain ski adventures, he’s developed a layering system. He takes the same principles of layering on your body and applies them to his hands.

“On any given big day in the mountains, when you’re covering a lot of ‘vert’ and a lot of mileage, you want to have essentially three levels of protection and thermal regulation,” Townsend said.

His system began with three different gloves, starting with a light, merino glove for high-output and lower elevations. Then, he’d throw on a standard middle-range glove once the cold crept in. And finally, at higher zones of exposure, especially after sweating, he’d protect them behind a hard shell material.

“The thing is, that system requires bringing three kinds of gloves and when you’re on these ski-mountaineering adventures you’re very weight conscious and pack conscious,” he said. “You don’t want to bring tons of stuff. Your pack can’t fit it and it just slows you down.”

He experimented with Hestra’s gloves and found a way to essentially pack three gloves in one. 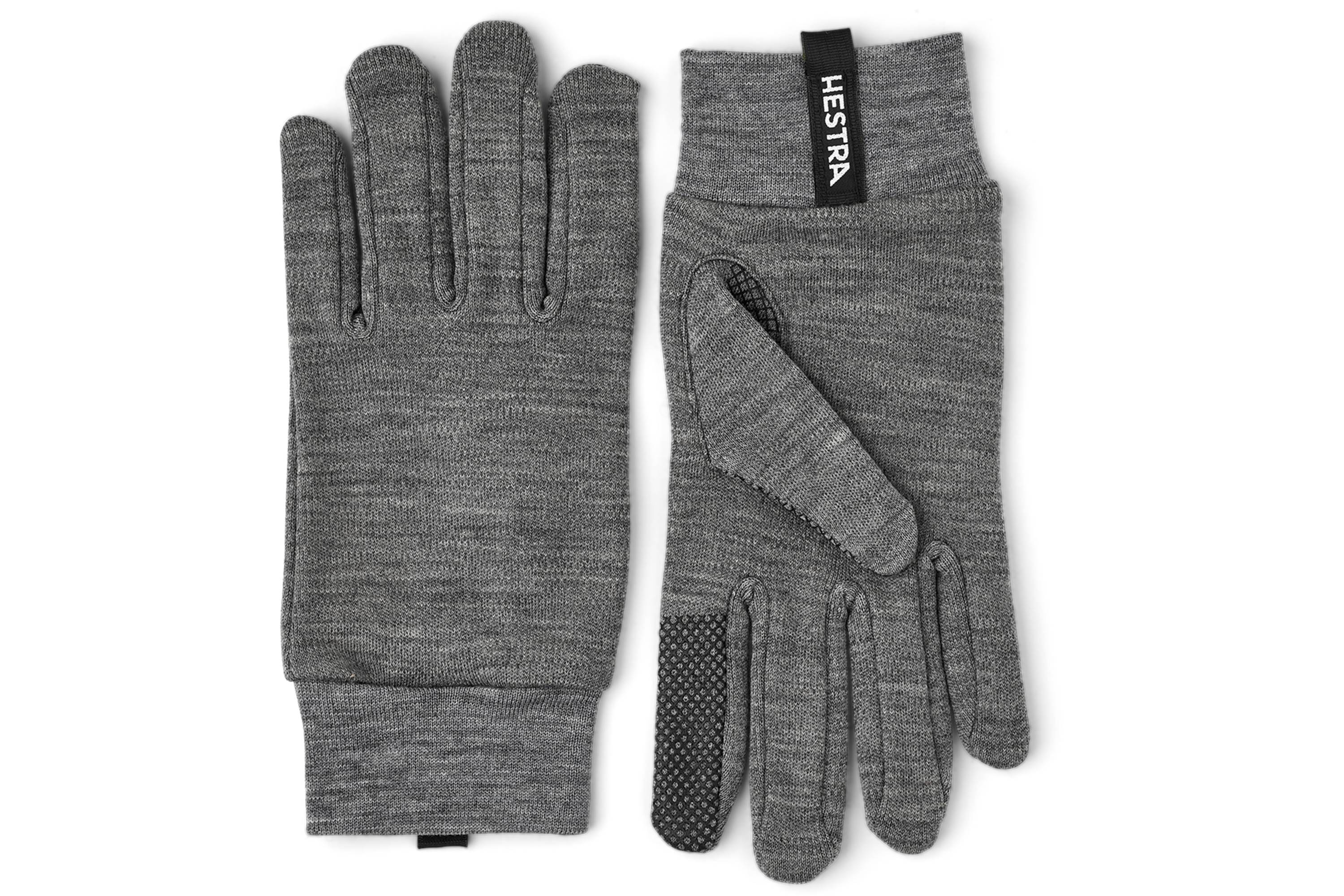 Townsend found a solution within the existing line of Hestra gloves. He takes the liners out of one pair and uses those for touring. On warm-weather ascents, Townsend reaches for Hestra Merino Touch Point liners during warm-weather climbs, or the Touch Point Fleece liners, when it’s colder. 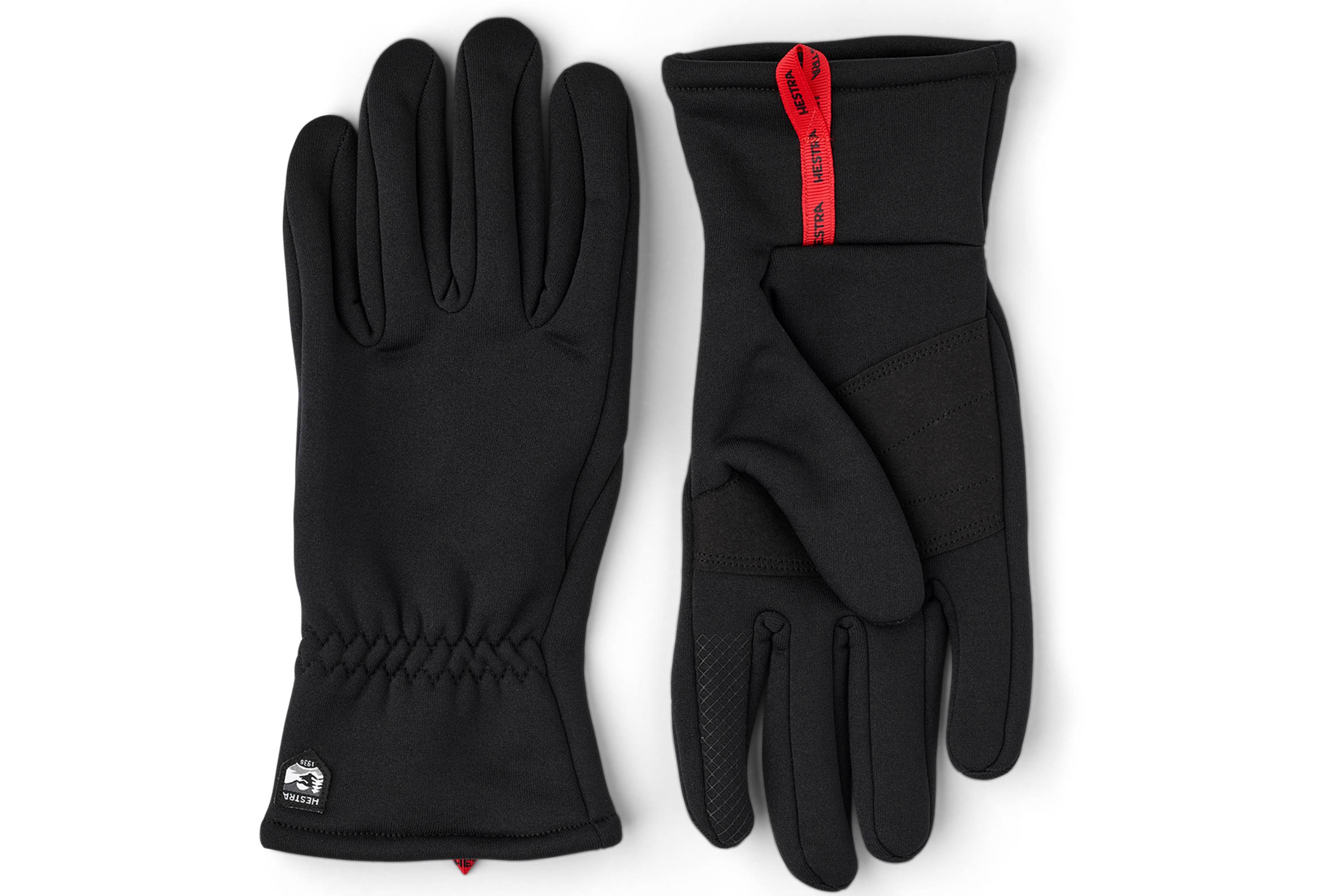 Either way, once he has to dip his hands into the snow and climb the steeps near the summit, the liners go back into a pair of classic leather gloves. His personal favorite is the Hestra Fält Guide Glove.

Then, if it’s extra cold or he’s stopped for a lunch, he dons pull over mitts that act as a shell for the system. He explained that the Hestra Pull Over Mitt shells are super light and packable yet do a great job of blocking wind, snow, and moisture.

At the start of The Fifty project, Townsend experimented with gloves and quickly settled on the Fält Guide Glove. Sure, as a sponsored athlete he can get a new pair any time, but he aims to complete the project using the same pair. Now into their third season, he said the gloves are “getting weathered, beat in, and super comfy.”

He said it’s partly not wanting to be wasteful, but also a way to showcase the glove’s durability. After all, that’s what drew him to work with Hestra in the first place.

This post is sponsored by Hestra. Find more Hestra gloves to pair with your winter pursuits.