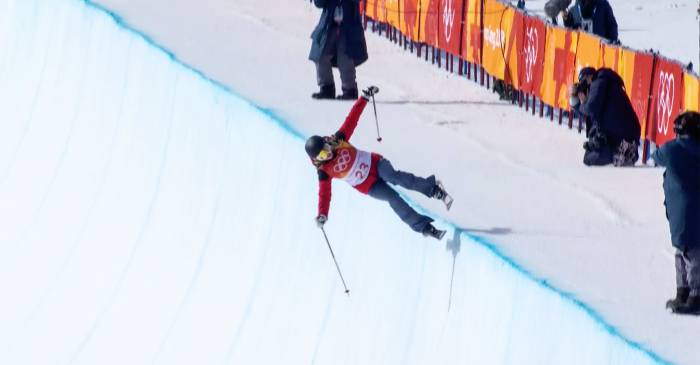 How freeskier Elizabeth Swaney made it to the #WinterOlympics with this very simple halfpipe run: https://t.co/enfDyoQjGC pic.twitter.com/kHTAV7XND4

Do you watch the Olympics thinking, “Hey, that doesn’t look so hard. I could do that!” No? Well, you better check out this Hungarian halfpipe skier’s routine.

Elizabeth Swaney competed for Hungary in the 2018 Winter Olympics without so much as completing a 360. She navigated the qualification guidelines well enough to land a spot among the world’s best.

How an Average Skier Competed With the Best

To qualify for the games, skiers must finish in the top 30 in World Cup events and accumulate enough International Ski Federation Points. But due to the lack of female representation in the halfpipe event, there frequently weren’t even 30 athletes in the competition. On top of that, countries can only send four competitors each.

Swaney, 33, Graduated from University of California at Berkeley. She was even born in the United States. According to the Olympic Games, while she was born in the U.S., her grandparents are from Hungary, so she is eligible to represent Hungary through her mother’s heritage.

Thus, Swaney became one of the top 30 skiers in the world (with a huge asterisk next to that stat!).

Most Interesting Woman in the World?

Swaney has led a fascinating life beyond competing in the Olympic Games. According to NBC Philadelphia, she also ran for governor of California as a 19-year-old Berkeley student and tried out for the Oakland Raiders cheerleading team to mount a campaign to reach the Olympics as a skeleton racer for Venezuela. That didn’t work out, so she started skiing eight years ago.

She also has a master’s degree in real estate from Harvard.

Some skiers think inclusions such as this taint the competition (anyone remember Eddie The Eagle?). But Swaney said she hopes her participation encourages more halfpipe competitors to enter from less represented countries.

Regardless of whether or not we think she should have been able to compete, we thank Swaney for providing mere mortals with some sense of scale to the remarkable feats performed on the Olympic stage.