The all-new Tecton 12 from Fritchi delivers confidence and power for freeride touring. We got a first look for this review. 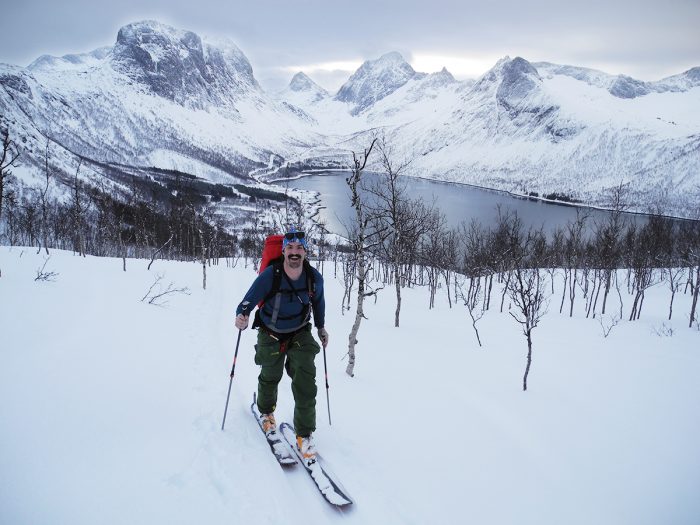 The Fritchi Tecton 12 is something of a hybrid binding designed for ski touring. It combines a pin-tech toe with an alpine style heel piece. The intent is to deliver a light ski binding for backcountry touring that performs similar to alpine bindings on the downhill.

I tested the new Tecton 12 binding with the new Black Diamond Boundary Pro ski (107mm, 184cm) on a recent trip to Senja, Norway.

At the end of four big days off-piste, I was very impressed.

The Tecton 12 takes the pin toe of the Vipec Evo 12 binding and combines it with an alpine-esque heel piece. This provides hold and power transfer with the “Power Rail” system. The heel of the ski boot sits directly in contact with the binding, creating a seamless boot-binding-ski connection. 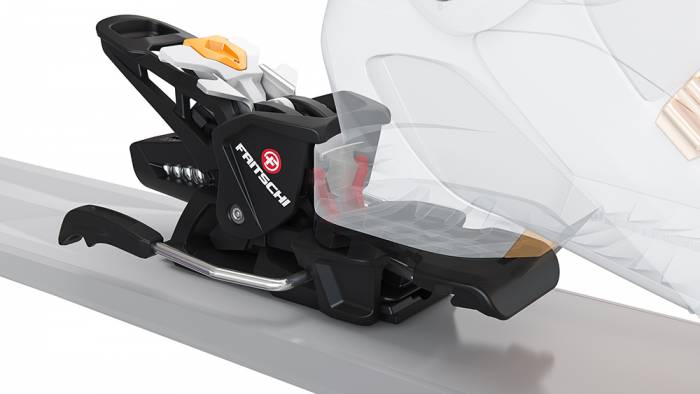 This tech binding skis well downhill and doesn’t lose power in the transfer from leg to boot to binding to ski. With the firm connection, unstable lateral movements during downhill don’t exist. When you move, the ski moves. Nothing is lost in translation.

The Tecton’s most significant bonus is DIN certification, a huge selling point. The binding can be set to specific release forces, a fact that just might save some knees. With the forward and lateral release, the tech binding “bear trap” fear does not exist. In the event of a direct forward “ejection,” the toe also releases thanks to a safety bumper that is triggered by extreme forward positioning of boots.

Its light weight, 550 grams, is less than even the Dynafit Radical 2.0, a more traditional tech binding with pin heel-piece.

A direct competitor to the Marker Kingpin, the Tecton 12 weighs 100 grams less and hits the same price point. It comes to market for $650 in Fall 2017. 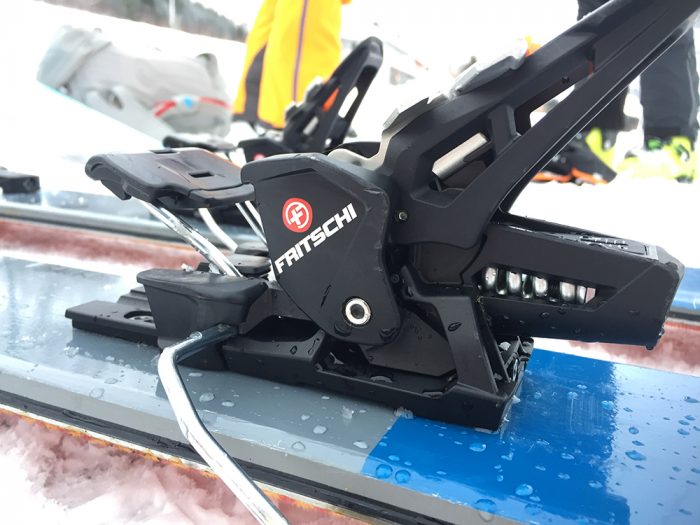 I was impressed with how the Tecton 12 skied.

At 6’5” and 240 pounds, I can put a lot of stress and torque on bindings, specifically tech bindings when skiing or touring. The downhill performance was great, and I never popped out. Nor did I feel insecure attacking fall line turns or making fast, creative movements. 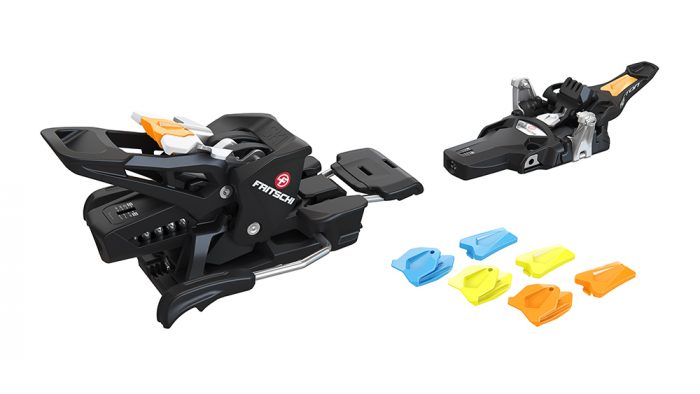 Skiers can often feel tech bindings lack downhill performance, that they are locked into a mellow style of turn for fear of early binding release. Not the case with the Tecton 12. Uphill is a breeze and it’s ready to rip the downhill. 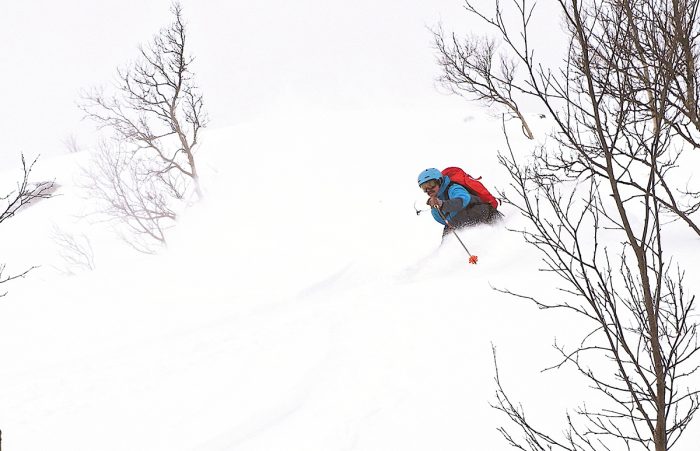 Touring and transitions are a breeze. Flip the heel up, step into the toe, step down on the brake to lock it, and start your tour.

If you’re flexible enough, you don’t have to get out of the binding when transitioning to ski mode. But I like to walk around when I summit…or sit down, eat a snack, and look at the pretty mountains. Either way, push the heel piece of the Tecton down until the brake deploys (you’ll hear a loud “thunk”) and drop boot heel into it like an alpine binding. You’re ready to ski. 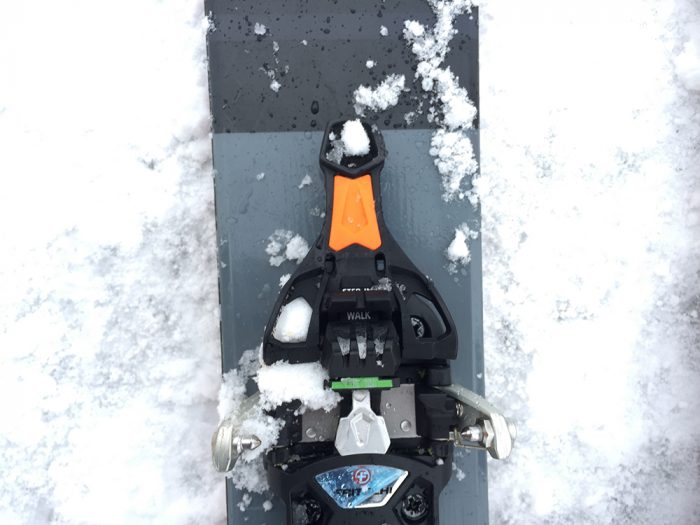 After you’ve laid down your line and it’s time to get back to town for a burrito, push the toe piece down to disengage the pins and step out like any other tech binding. The Tecton is user friendly, easy, and confidence inspiring.

Flipping the climbing risers took practice, as any new touring binding does.

The binding, a pre-production model, did have a few bugs. On the first day, the heel slid forward when skiing and locked my boot in the binding. With the help of some friends and a few turns of a screwdriver, we fixed it. We’ll watch as the final product is released in the fall and hope the details are dialed.

But with few exceptions, this binding performed as promised.

The Fritchi Tecton 12 on the Black Diamond Boundary Pro gets two thumbs up from PaddyO. The combination of light weight, powerful ski control, and DIN certified safety makes it a strong contender. I look forward to the opportunity to ski it more and get more smiles on my face.

Up Next: Watch: This Man Paints America’s Iconic Ski Maps