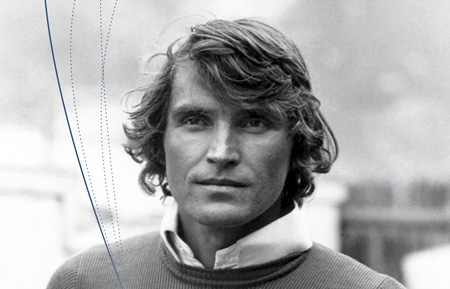 [leadin]Peter Kray’s novel delves into the world of the ski bum, capturing the sport and lifestyle in its high-energy pages.[/leadin] 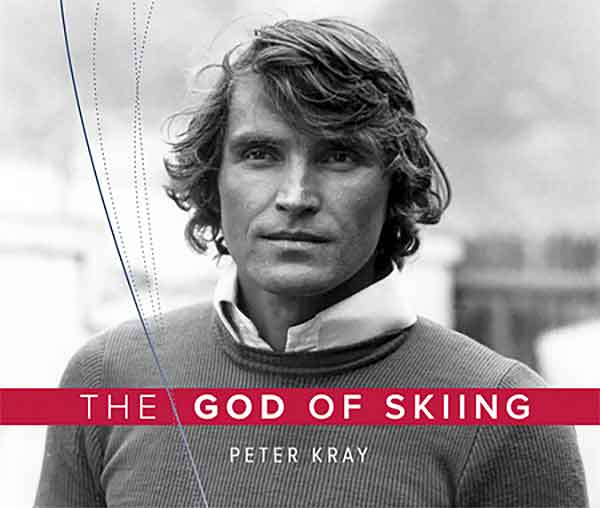 It’s October, and snow is dusting the high mountains. In ski country, this means people are starting to get weird. With each report of snow storms or social media share of snowmaking photos, the stoke builds. There are little butterflies in the stomachs of rabid skiers and riders, and with each white dusting of the high peaks, they flap those little wings a little harder.

If you relate, it’s time to read “The God Of Skiing.”

The novel by journalist Peter Kray is a rowdy ride of a read, telling the story of Tack Strau, an untamed downhill ski racer turned ski bum. The narration comes from the perspective of an admirer turned friend.

If you’ve ever slid down a snow covered face — or wandered through a ski town at night — you will relate to many moments in the book.

Kray knows a lot of ski trivia, and it’s woven through the fabric of the tale. Reading the book, I often found myself questioning if an event was true or a fabrication. Kray has spent much of his career chasing ski racers around the world in his reporting for many ski publications. It shows in the book’s frequent nods to real historic events.

But the book isn’t a factual retelling. It is fiction, and it digs to find the soul of skiing, be it in the whiskey-soaked coffee tables of ski bum housing, the controlled chaos of a downhill course, or late nights in ski towns where snow cascades past streetlights outside rowdy bars where folks keep their eyes on the sky, wondering how early they should arise to grab those first powder turns.

Does Kray accomplish his goal? The book is a fast read, but sometimes bogged by minutia. Kray’s encyclopedic knowledge of skiing is both a blessing and a curse in the book, for while it adds depth and historical context, I found myself occasionally lost among the book’s hard-drinking characters wondering, “wait, who is this guy?”

But in accessing a world of high speed thrills, this is a forgivable flaw. Kray’s prose is wildly readable, with paragraphs like this description of autumn decorating the tale like Christmas ornaments on a tree:

“In the fall I began to dream of wings. When the trees lose their leaves and the sky goes big and bare and all the short golden days glow with a halo in the tilting light of the sun. In high school I would watch the snow start down the mountains like a line of demarcation; St. Augustine so obvious with his other city in the air, gleaming with the promise of starch white flawless forever and all those memories on the wind.”

It’s that time of year right now. Snow dusts the peaks, and if you ride gravity over snow, you’ve likely gotten that tingle, that yearning for a rush that only comes with winter’s chill.

Soon, we’ll be in winter, and you can experience skiing as Kray describes it:

“In the blizzards, in the trees when the snow swallowed the sound, we plowed through powder like cotton. And in the spring, when the moguls were as wet as white sand, we could feel how the day remained like waves against our bodies as we were sleeping.”

Ready for that yet? Yes, me too.

Pick up The God Of Skiing and let it stoke your fire. It will fuel your passion for skiing like no other novel.