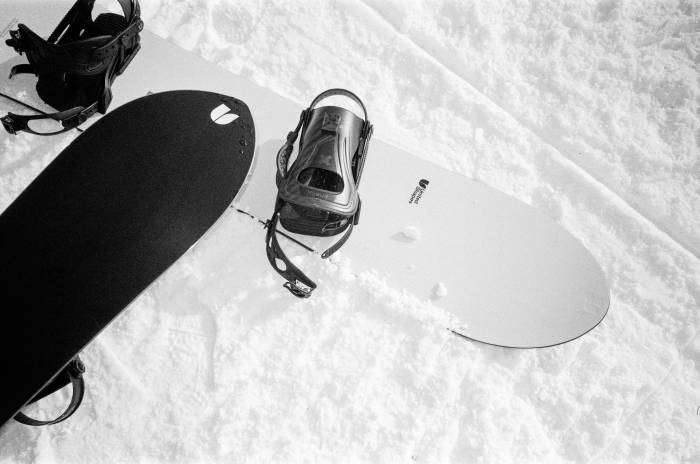 This morning, United Shapes dropped a limited release of its popular 2023-2024 all-mountain freestyle Horizon and freeride Cadet. It’s our first look at the brand’s line after being acquired by Full Stack Supply Co. And the boards look promising.

The very mention of “mergers and acquisitions” can trigger PTSD amongst snowboarders. How many brands have been bought only to be shuttered or, potentially worse, gutted of personality, flogged beyond recognition, and milked for moolah until the teats spit dust and the shop kids cry?

There are rare instances, though, when a small brand teams up with a bigger one that’s content to let a good thing ride, providing resources and support. When Full Stack Supply Co. scooped up craft board-builder United Shapes earlier this year, we’d be lying if we said there weren’t warning signs flashing.

“Our design philosophy and focus on premium, unique shapes will remain at the center of our work,” confirmed Thompson upon the announcement of the merger.

“The spirit of snowboarding has always been at the core of our business,” added Alex Noye, CEO of Full Stack.

While we always enjoy nerding out on the behind-the-scenes aspects of the shred industry, our primary concern at GearJunkie, unsurprisingly, is always the gear.

And we can’t lie, we’re pretty stoked on what’s happening in that department — especially because United Shapes shifted production to a top-of-the-line European factory.

The Cadet: A Quiver-Killing Freeride Staple

United Shapes loyalists will breathe a sigh of relief with the return of the Cadet. The flagship freeride deck was the brand’s debut back in 2014, and it’s been constantly refined and a consistent favorite over the years.

This year’s limited-release rendition stays true to the Cadet’s quiver-killing freeride roots. The directional shape is still dominated by a floaty, early-rise nose, although it’s worth mentioning that the Cadet has undergone a rhinoplasty, as United Shapes tweaked the camber profile transition at the nose. The deck is also a little wider than previous years’ models, assisting with float.

The shape tapers back into a classic, flat-kick tail, providing stability when straight-lining through chunder, stomping cliffs, or railing on corduroy. Classic camber underfoot delivers spring-loaded pop and power, a mission assisted by a carbon X weave that runs diagonally from contact point to contact point.

Scoring a 6/10 on United Shapes’ stiffness scale, the Cadet rides a fine line — it’s stiff enough to rip but forgiving enough to cruise, making it an ideal daily driver for many snowboarders.

Factor in a groomer-lacerating deep sidecut, extra inserts for deeper days, and a banked slalom-ready, podium-chasing sintered black base, and United Shapes’ latest deserves consideration for your quiver. 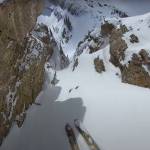 Scary to do, but fun to watch. What more could you ask for in a short and sweet Jackson Hole backcountry ski vid? Read more…

Horizon: The Definition of ‘All-Mountain Freestyle’

Some people call it “all-mountain freestyle,” and others just call it snowboarding. Rip the resort, blast side hits, lay trenches on groomers, lap the park, ollie slow signs, camp out for first chair on a powder day — just ride. The Horizon does it all.

Sure, the directional twin might ostensibly seem more oriented to the powder crowd than the jib gang due to the defined nose and tail and extra inserts for powder days. But it plays the middle ground well thanks to an early-rise nose and pliable, freestyle-friendly flex pattern.

The middle-of-the-park flex is a notch softer than the Cadet, encouraging creative butters and stylized presses. Carbon stringers are purely tip-to-tail on the Horizon, resulting in more torsional wiggle room. Camber purists will appreciate the snap, lift-off, and reliability at speed provided by the traditional camber profile.

Compared to previous iterations of the Horizon, this year’s is a touch softer and more playful. The shape is also less tapered, yielding better switch performance.

Both limited-release snowboard designs will be available online for the U.S. and European markets and in select stores worldwide.

It’s still early days. While we’ve yet to put these boards to the test — again, they dropped this morning — our overall outlook is optimistic.

We’ve immensely enjoyed our turns on United Shapes boards in the past, in particular the Cadet. And by taking advantage of both Full Stack Supply Co.’s resources and Thompson’s continued vision and input, the boutique board-builder seems well-positioned to share its soulful shapes with a greater population of shredders.

Last but not least, we also had a chance to get a sneak peek of the additional models United Shapes plans to drop in 2023-2024. Among them are a splitboard and swallowtail, and we caught ourselves drooling on the keyboard.

If that’s not a good sign, we’re not sure what is. 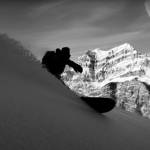 'Eleven By One' Challenges Your Notions of Typical Snowboarding Films