A strange, wheel-hugging frame makes this bike illegal in road-bike races (but not triathlons). Tests show the Andean bike from Diamondback may be the fastest tri bike ever built. 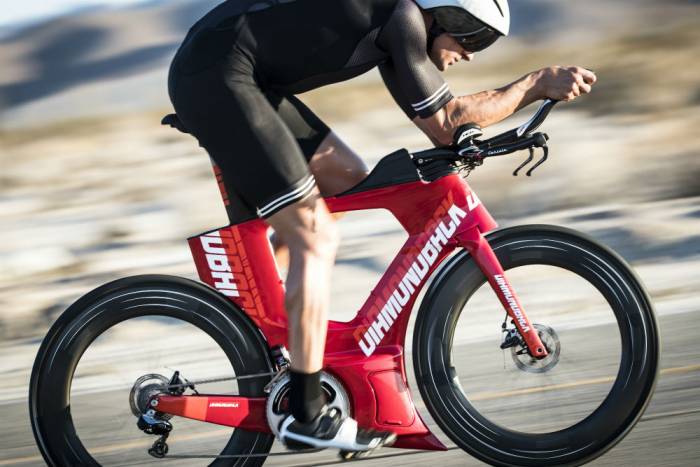 Before you get excited, know that this bike won’t make you faster. What it will do is eliminate almost everything around you that makes you slower.

At 20-ish pounds (actual weight depends on frame size and build), it’s not the lightest bike out there. In fact, it’s actually more bike than just about every other frame out there. But that’s the secret to its speed.

The Andean was designed in a custom-built wind tunnel at the University of Toronto’s Institute of Aerospace Studies (UTIAS) in conjunction with Diamondback engineering partner, Kevin Quan Studios. 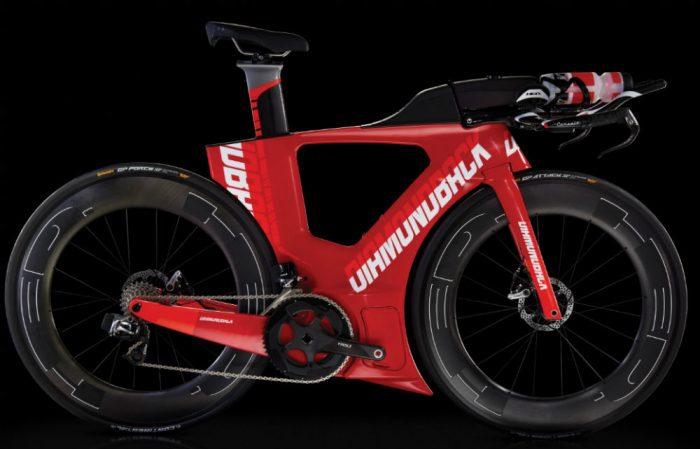 That team of engineering super minds tackled the problem of drag from a new perspective: start with the wheels. Historically, according to Quan, bike frames are built in a design vacuum, irrespective of the components on it.

But Quan’s engineers, along with a team of UTIAS PhDs and grad students, built the Andean’s seemingly bulky frame around the wheels it would surround. In this case, HED Jet 6 wheels front and Jet 9 rear with Continental Attack/Force tires.

The result is an “Aero Core” design that fills most of the gaps that define what a frame usually looks like. 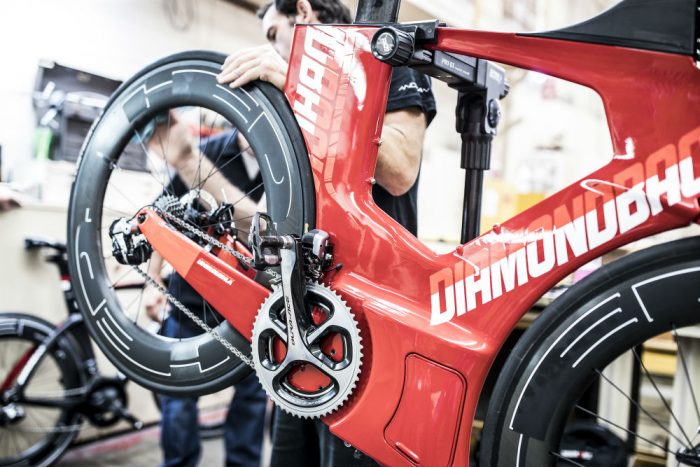 “The wheels are the most important part in the [bike] system,” Quan explains in a teaser for the 2017 model. “The best way to help a bicycle aerodynamically is to fill the space between the two wheels.”

Illegal For Most Races

There’s another secret to Diamondback’s “fastest tri bike ever” claim: the bike is non-compliant with sanctioned, non-triathlon races. 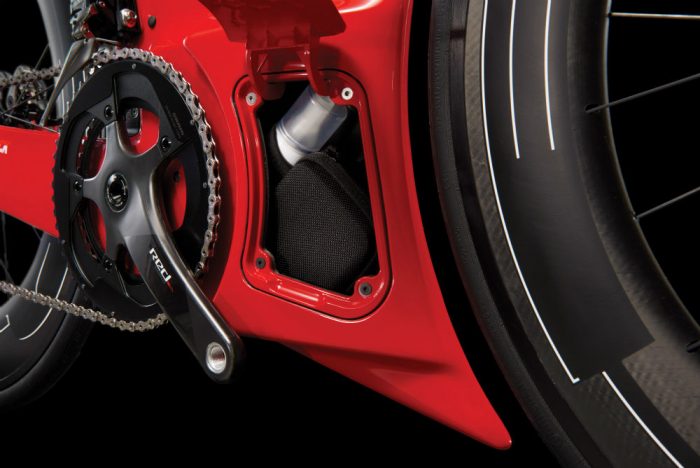 The Andean eclipses its predecessor, the Serio, by cutting corners. The 2014 model Serio was built to be approved for time trial and triathlon events by the Union Cycliste Internationale (commonly called UCI), cycling’s official governing body.

But triathlons, with their running and swimming, lie outside of UCI’s jurisdiction, so Diamondback’s team could implement whatever speed-boosting tricks they could devise.

The prototype Andean was built specifically for former Ironman champion Michael Weiss for the Ironman World Championship on October 8th.

This build was based on state of the art half-scale testing at the UTIAS wind tunnel that included a tiny, scale-model rider. According to Diamondback, 80 percent of drag on a bicycle results from the rider. 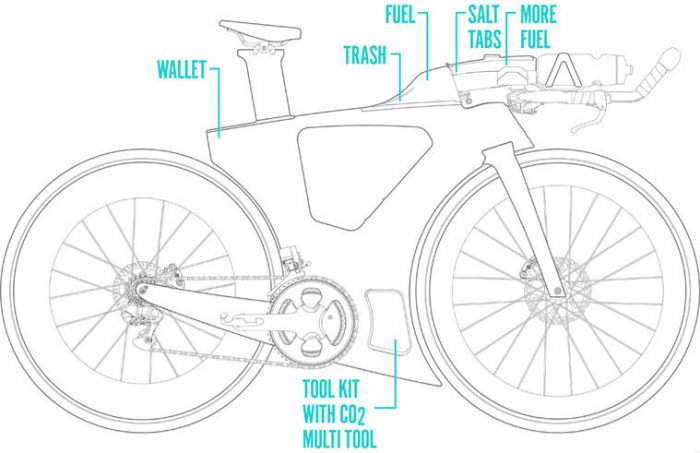 The results from wind tunnel testing with a mini Michael Weiss showed that the Andean outperformed all previous tests in virtually every wind angle (at 20 degrees yaw the Andean produced more drag, likely a result of the bike’s asymmetry and blocky design).

Is It The Fastest?

Yes, probably. As Quan noted in the trailer, “We’ve made what the numbers indicate to be the fastest triathlon bike on the planet.”

With the right rider in most wind conditions, the Andean will almost certainly slice through the air with greater ease than any other bikes on the market.

Speaking of which, if you want to experience the wind piercing mechanics of the Andean, it will be available online only through Diamondback’s direct buy page with delivery expected January 2017. 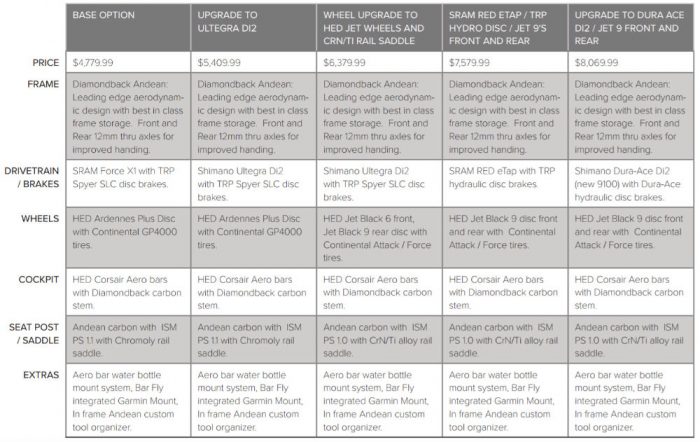