Action Park was an infamously “dangerous” water park in New Jersey in the 1980s. It reopened in 2014, and it just added a new slide sure to initiate screams. 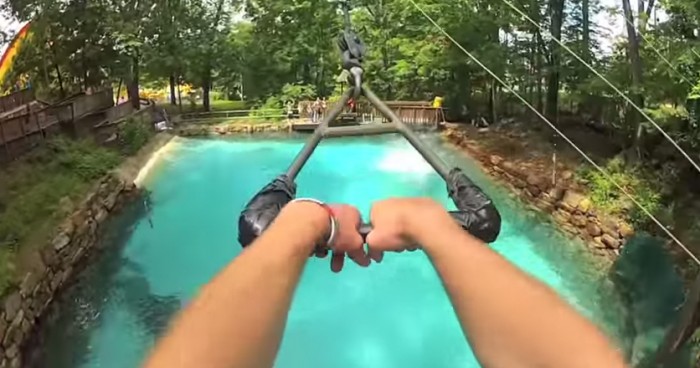 But that’s not all. The park just released a video of an employee riding a 2,000-foot water slide and, next year, the park intends to install this beast: 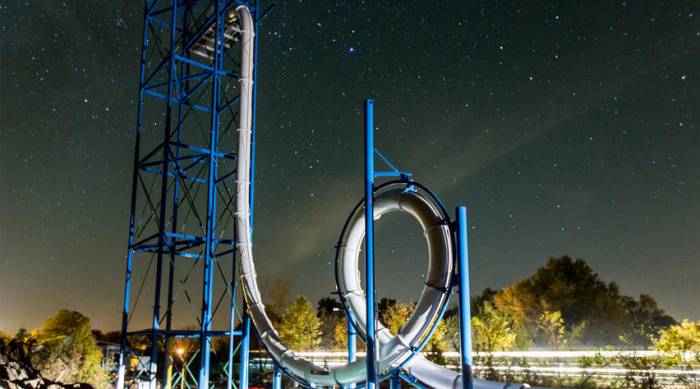 The “Sky Caliber” is an inverted-loop water slide that will debut at the park in 2016. Created by the mad scientists at Sky Turtle Technologies, the slide will carry riders in an “ultra raft vehicle” down a 45-foot free fall before they are hurtled around a 30-foot loop.

Looks better than the park’s first rendition of the loop water slide, which was open briefly in the 1980s and closed after numerous injuries.

The park earned national infamy thanks to a video (see bottom of post) and a Buzzfeed story, “35 Horror Stories That Prove “Action Park” Was The Most Dangerous Park Ever.” It is once again open, and it still has some of the same crazy attractions that thrilled prior generations.

The park’s re-opening is announced succinctly on its website:

“Extreme before extreme existed, you’ll want to return for unique favorites like our famous Tarzan Swings, free-falling Cliff Jumps and the Colorado River Rapids – so wild helmets are required!

Can you handle Action Park? How about the World’s TALLEST and ONLY double loping thrill slide!

Imagine yourself standing 100 Feet in the air with a 50-mile view of New York then the trap door beneath your feet and you’re a screaming ballistic super hero.

Well then… Not to rest on its laurels, the Action Park installed what we can only describe as the world’s longest slip-and-slide. 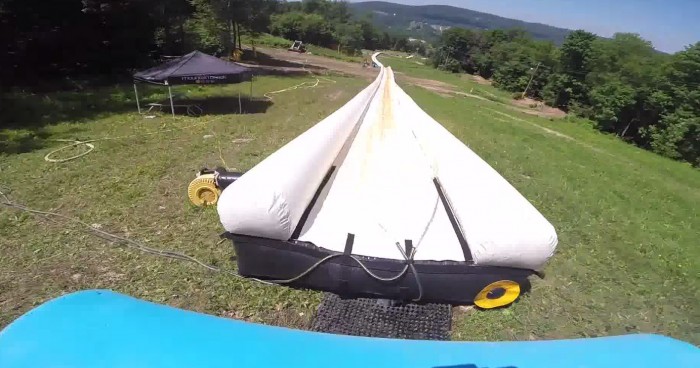 A few days ago, Action Park employee Jason Mulder donned a GoPro and rode down the nearly 2,000-foot-long slide at the Sussex County water park.

The slide isn’t listed on park attractions, and we’re not sure if it is a regular feature.

So if you are looking for some outdoor fun of the engineered variety, Adventure Park is open for business, with general admission tickets going for $43 online. It’s open seven days a week from 10:30 a.m. to 7 p.m.

Up Next: The Flaming Slackline

Saving…
The Flaming Slackline
Hammock vs. Tent: The Great Sleep-Off
×