They ditched the nine-to-five to travel, explore, and make a difference. Meet Jack Wolfskin ambassadors Jens and Jana Steingässer and their four (4!) traveling kids. 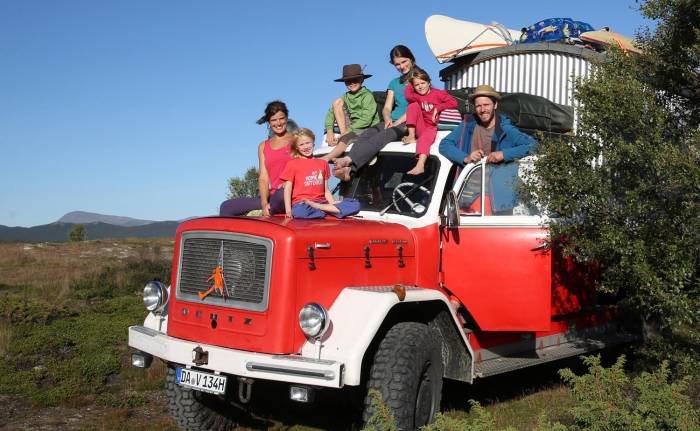 The kids are stinky and tired. But they are full of self-confidence, empathy, and a connection to all life on Earth.

They used to live a normal life in Germany. Now, the Steingässers are devoted to researching and documenting humanity’s impact on the natural environment.

And they make it a family affair. Jana and Jens Steingässer have four children: Paula, Mio, Hannah, and Frieda. But the couple — journalist and photographer — do not let that slow them down.

Their kids, now ages 6 to 17, have lived a nomadic, and adventure-filled life since hitting the road about four years ago.

Family Lives (And Works) On The Road

Jana and Jens devoted the last decade to environmental documentary work by seeking primary source information. Both use their skills to tell human stories about the environment — stories that resonate.

An example: This summer, the Steingässers will head on a horseback journey up one of Europe’s last wild rivers in Albania. The kids will come, too. While Jana and Jens explore hydroelectric power’s impact on river ecosystems and local communities, the kids have time to enjoy nature, meet local kids, and discover some of Europe’s wildest places. (See more about this trip below.)

They don’t cite abstract numbers or present doomsday graphs. The Steingässers examine people, animals, plants, ecosystems, and economies that tangibly cope with the influences of development and climate change. 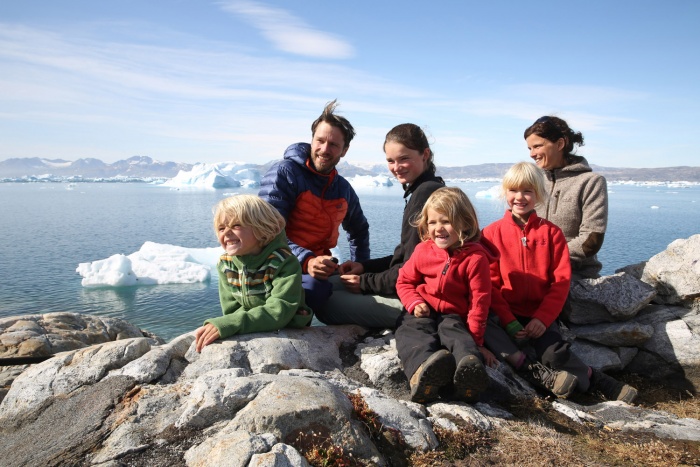 So far they have produced documentaries in Greenland, Iceland, Sweden, Norway, the Alps, Morocco, South Africa, Australia, and Germany.

Their children join them on all these projects as a way to keep a tight family unit and raise the next generation of environmental stewards.

The Steingässer’s work has been featured in National Geographic and the Jack Wolfskin Magazine.

“It was part of the concept that our kids always come along,” Jana explained. “It is their inheritance that we jeopardize, and they are part of the solution.”

The Steingässers never asked themselves what’s possible when raising children in an adventurous lifestyle. Rather, they figured out how to make trips and projects a family activity.

During a deep winter trip to Greenland, their children fell in love with dogsledding and spent days outside with local families and children.

They stared in wonder as hunters returned into the fjords. And when given the choice between a Sami tent and a fancy summer-house, they chose the tent.

When asked what trip they’d like to repeat, the siblings all respond with a unified desire to hike the Alps again. At every opportunity, they chose adventure and the chance to learn. 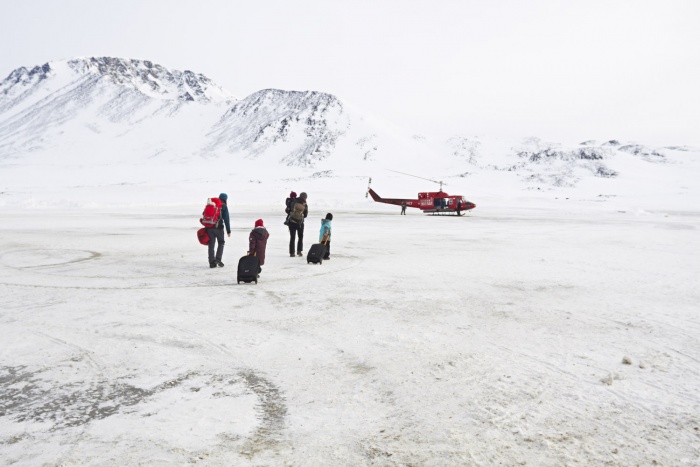 Jana and Jens allowed their children to explore and develop their own special relationship with wild places, even when that means they might hurt themselves, or get wet, dirty, smelly, and exhausted.

“To me, outdoor people try to leave as little trace behind as possible. I hope that our kids will learn to act responsibly while at the same time having fun and enjoying their outdoor adventures.”

“It doesn’t matter how, we just want to be in the great outdoors, experience adventure, and meet people.”

The Beginning Of This Adventurous Family

The Steingässers fell in love during a spontaneous outdoor adventure in the Outback. Unstructured outdoor play was the keystone of both their childhoods, a foundation that continues to hold up their lives today.

“We are very different,” Jana said. “Jens is rather quiet and thoughtful, and I am a little bit too spirited. But we share a passion for nature, conservation, and spending as much time outside as possible.”

In order to enjoy each moment to it’s fullest and stay in the elements as long as possible, the Steingässer family partnered with Jack Wolfskin. From the very beginning, Jack Wolfskin believed in the family’s mission, and supplied equipment and project costs.

“Jack Wolfskin produces equipment for different temperatures, climatic zones, and seasons that we test on our trips. Their rainproof jackets and pants always come with us,” said Jana.

“We realized that by using outdoor clothing, the handling for us as parents is so much easier. Less washing, fast drying, and little weight. That’s crucial. We are so busy researching for the project, filming, and interviewing.

“The less time we spend with household duties and the less weight we have to carry…just think about walking across the Alps with four young children…the better for us.” 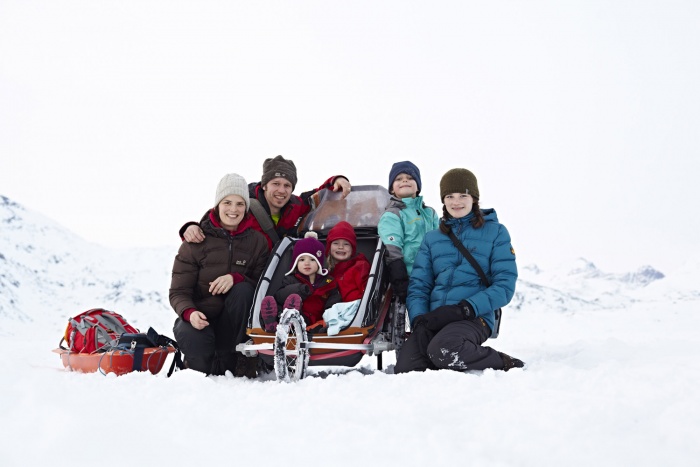 Next Up: Trekking The Wild Vjosa River

Up next for the Steingässer family is another three-year journalistic project, this time focusing on water. They will head to Albania this summer and horse trek along the Vjosa, one of the last European wild rivers, with an Albanian family. And to add some more adventure, they will then head down the river on pack rafts.

But this isn’t a sightseeing expedition; nothing ever is with the Steingässers. A massive hydropower boom that would put pressure on the ecosystems and the livelihood of the locals threatens the Vjosa and other Balkan rivers.

And why bring the kids? According to Jana and Jens, it’s a no-brainer: “By coming with us, experiencing these places and people, our kids will understand nature is the basis that our human civilization depends on. It’s not only a source for fun activities. Their future is being affected and our kids are our future.”

– This post is part of a series sponsored by Jack Wolfskin. Learn more about their commitment to sustainability and check out their outdoor products on their website.