Architectural firm has been commissioned to construct a futuristic BASE jumping and extreme sports, and it’s nearly as tall as the Empire State building. 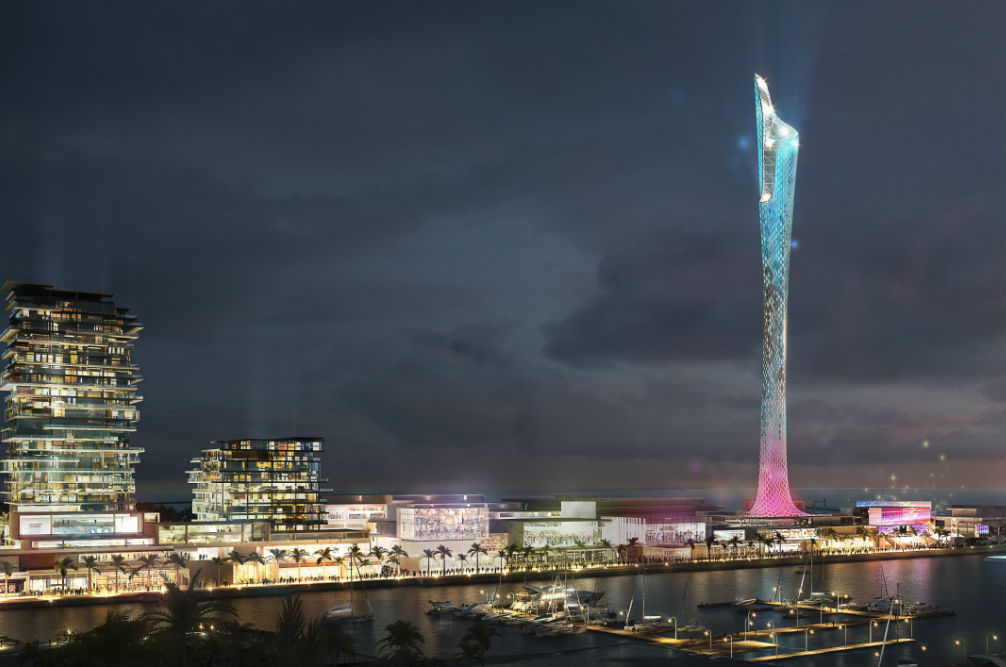 News of a 365-meter (1,066 feet) super structure that would cater to climbers and extreme sports enthusiasts surfaced from a release by the commissioned architectural firm 10 Design.

According to the release, the tower would feature an “external hexagram skin” and would emulate an ascent of Mount Everest. Going up the structure, increasingly difficult climbing challenges face risk-takers and tourists alike.

Along the base and lower levels, junior and beginner climbing walls and simulators geared toward families would dominate. At mid-level, visitors could take on a “140m high elevated climbing experience” with semi-external climbing and repelling environments and vertical camping spots that would offer stunning views of the city.

At the tower’s flared summit, experienced climbers would face replicated ice climbs and both wire-assisted free-fall and BASE jumping platforms. 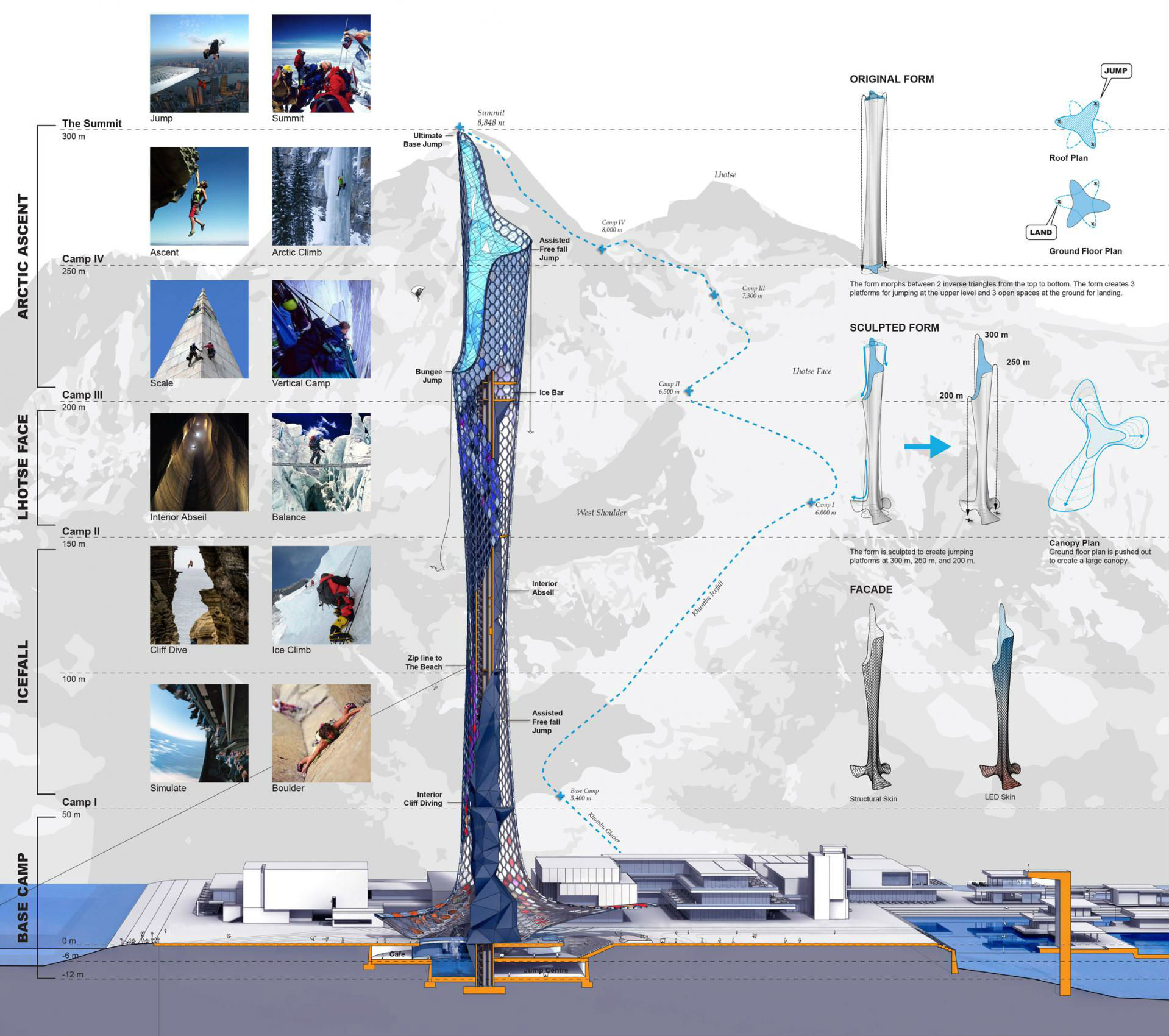 No information of the cost to build the tower has been released, but renderings from the 10 Design website show the tower in the heart of a cityscape.

No date has been set for the tower’s construction, which is still pending approval.

Up Next: Opinion: Bicycles Belong In Wilderness