He quit the track team and ran his first marathon at 14. Now, Kevin Chem has completed a 100-mile race at the age of 17.

Kevin Chem was just 15 when he tried his first 100-miler, a six-loop race in his hometown of Savage, Minnesota, in 2014.

“I made it about 80 miles, which was all I really expected,” he said. “I was running alone, didn’t have training partners, and didn’t have any real guidance on running that far.”

At that race, he met a training partner. Since Minnesota’s trail running community, like many others, is tightly knit, he quickly found more. He learned about local trails, about training, and about pacing and fueling strategy.

With the extra confidence of training and strategy, he put another 100-miler on his schedule for the following spring: the 2015 Zumbro 100, in southeast Minnesota. An injury derailed his preparation, so he set his sights on the 2016 race, held last weekend.

Not Satisfied With A Marathon

While certainly far from the youngest person to run a 100-miler (12-year-old Colby Wentlandt finished the Ride the Wind 100-miler near Las Vegas, and other young runners have completed the benchmark distance), competitors under 18 are a rarity in ultrarunning. 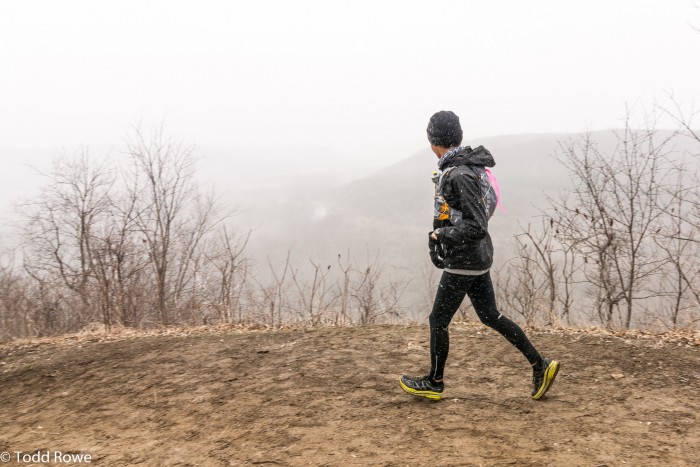 Chem found early on that he loves running long, but doesn’t care for running fast. He joined the track team at Prior Lake High School as a freshman, but loathed its competitive nature and quit. He was on the Nordic ski team for three seasons, but left for similar reasons.

That summer, at age 14, he ran Grandma’s Marathon in Duluth, finishing in just under five hours. “That race was a real eye-opener for me,” he said. “But then I thought, ‘well, I’ve done a marathon already. What’s next?’”

He found a local trail race that offered a 25K, 50K, and 50-mile option that October.

“I had run [a road race] earlier that year and felt crappy for not doing the longest distance they offered,” he said. So he signed up for the 50-miler. “I got lucky. I was running in Nike [road-racing shoes], and finished in 12 hours and 39 minutes.”

He ran a few more ultras — 50Ks and timed races — and planned on ticking the 100-mile distance off the following April at Zumbro. But a stress fracture put it off another year.

“I felt like I let a lot of people down with that DNF,” he said. “I actually only told a few close friends I planned to run the race this year, so there wouldn’t be as much pressure.”

This year’s Zumbro race saw temperatures dip well below freezing overnight; as such, Chem was donning a pretty standard winter running getup. “I had some tights I bought from Target, and an REI base layer,” he said. “Plus a basic winter hat and gloves.”

Some other gear included:

Chem’s nutrition plan was originally very dialed. “I trained with a lot of GU chomps, so I thought I’d have those at every aid station and stay on schedule,” he said. “But as I progressed, I was just trying to keep myself from getting hungry, and pay attention to electrolytes. I ate a lot of peanut butter and jelly sandwiches because those looked good.”

Many ultrarunners know an unforeseen accouterment from an aid station table can be a race-saver, and Chem was no exception.

“I ended up drinking a lot of ginger ale from the aid stations,” he said. “I didn’t plan on it, but I drank it the whole race. That stuff was like crack.”

The Zumbro 100 is a six-loop course, each loop consisting of 17 miles and lots of jagged climbs and descents. Chem’s first three loops went off without a hitch, but plummeting temperatures and a setting sun made his fourth, and – increasingly – his fifth and sixth, a struggle.

“My legs were feeling it really bad,” he said, noting the 100-mile course features 18,588 feet of elevation gain and loss. “I probably ran five total miles of the fifth loop.”

But if it weren’t for some egging on by his pacer on the sixth, he may have walked the entire last one.

“Jason [his pacer] was telling me we weren’t going to make the cutoff if I didn’t start moving faster, and I actually started to get a little pissed off,” Chem said. As he approached a steep downhill from a ridgeline, he started sprinting. “I sprinted down the hill, and sprinted part of the flat at the bottom. I don’t really know where I summoned that from.”

After he finished his first 100-miler in 32 hours, 35 minutes, and 59 seconds — safely under the 34-hour cutoff — Chem’s affinity for seeking out something longer, bigger, and more difficult has taken a respite. It’s an odd place for a 17-year-old to be, but not at all a surprising one for this well-spoken, thoughtful, intelligent aspiring nurse.

“It’s a little weird,” he said. “It’s not that I don’t have direction, but this 100-mile thing has been hanging over my head for three years, and I don’t wake up thinking about how I haven’t done it yet anymore.”

“I’ll keep running as long as it makes me happy,” he continued.

Chem said school will be his priority for now — he is still technically in high school, after all, though he takes his classes at a nearby community college via post-secondary enrollment options — and that he hopes to enroll in nursing school after that.

“I found from volunteering at all these trail races that I really enjoyed helping people, so I thought nursing was a good career,” he said. “If I can get paid to help people, that’s ideal.”

Chem does have a small inkling of a race he might want to tackle next, meanwhile.

“Coming from the Nordic skiing background, I really liked the survival aspect of that, where if you screw up you might legitimately be stuck out in the winter and die,” he said. “So I might have to try one of the longer winter races, like Tuscobia [a winter ultra with 150- and 75-mile races] or Arrowhead [135].”