Before an expedition, explorer Will Steger would cut the handle off his toothbrush. He left notebooks behind when heading to the Arctic, writing journal entries on the back of maps. 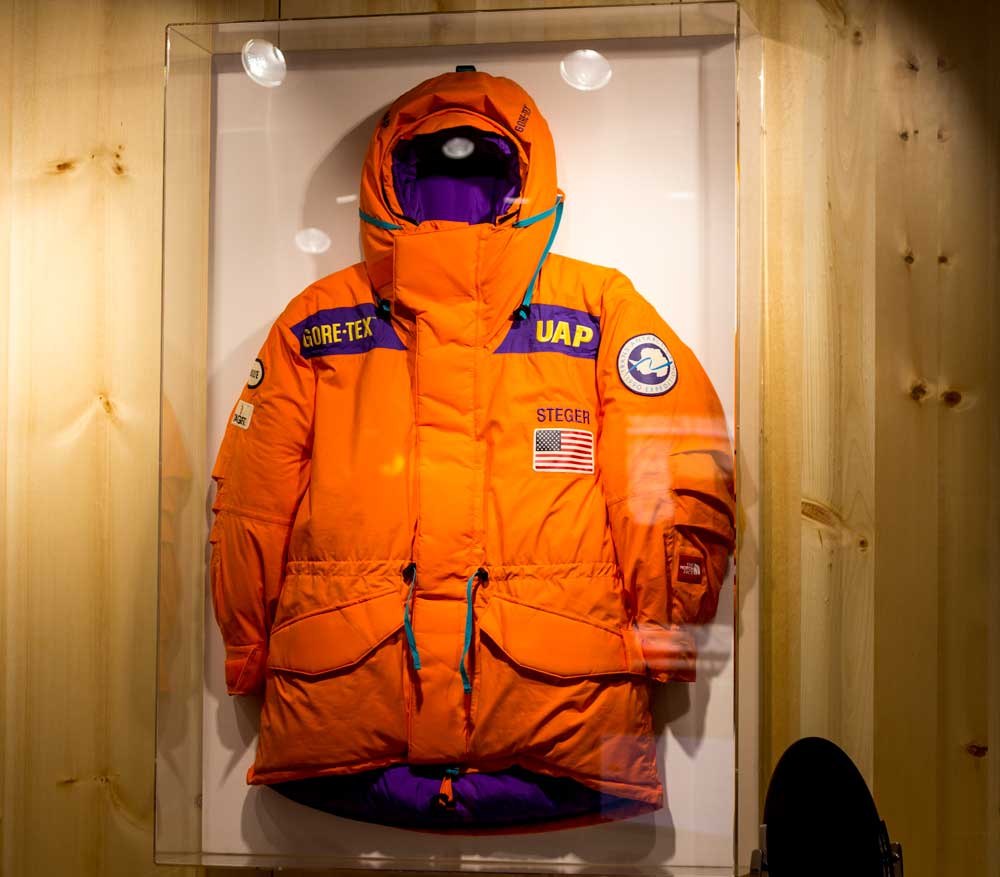 “Steger is the ultimate minimalist, nothing extra, no waste.” Eric Dayton is telling me this story. At age 23, right out of college as an English major in 2004, Dayton spent six months and 2,000 miles with Steger. The Arctic Transect was his “first real job,” Dayton says, and the dogsled expedition molded him as a young man. “But I kept my toothbrush handles on.”

A toothbrush handle is a modicum of comfort on an expedition that Dayton wanted to keep. But during the trip with Steger, and on climbs and expeditions before and since, Dayton absorbed an ethic of efficiency; everything in its place, minimalism and focus, no extra ounces in the backpack or stowed on the sleds, pulled by dogs, coursing for weeks across the Arctic white.

His adventures led him to a simple conclusion: Good gear rules. Don’t skimp, get the quality stuff, lightweight but still rugged and probably expensive, but it will last, and it might just save your life out there.

It’s late August in Minneapolis, Dayton’s home town. Horns honk, and a police siren echoes down the street. I’m talking to Dayton in an alley outside his store, Askov Finlayson, an outdoorsy boutique he co-founded in the city’s downtown.

The store, which carries apparel, backpacks, and gear, opened in 2011. Earlier this month, it expanded and moved into a new building just down the block, an 1,800-square-foot space packed with goods.

We’re very far from the Arctic here, and Steger’s wisdom may seem irrelevant amid racks of $44 ball caps and $120 swim shorts. But on the wall, propped high in the middle of the store, Steger’s jacket is framed, an orange polar parka from 1990 with GORE-TEX scrawled in big letters across the chest.

There are no sawed-off toothbrushes in sight. But when planning the store and curating its product stock, Dayton, who co-founded Askov Finlayson with his brother Andrew, leaned on the wisdom learned on the ice.

“Everything here was a conscious choice, everything had to earn its place.” 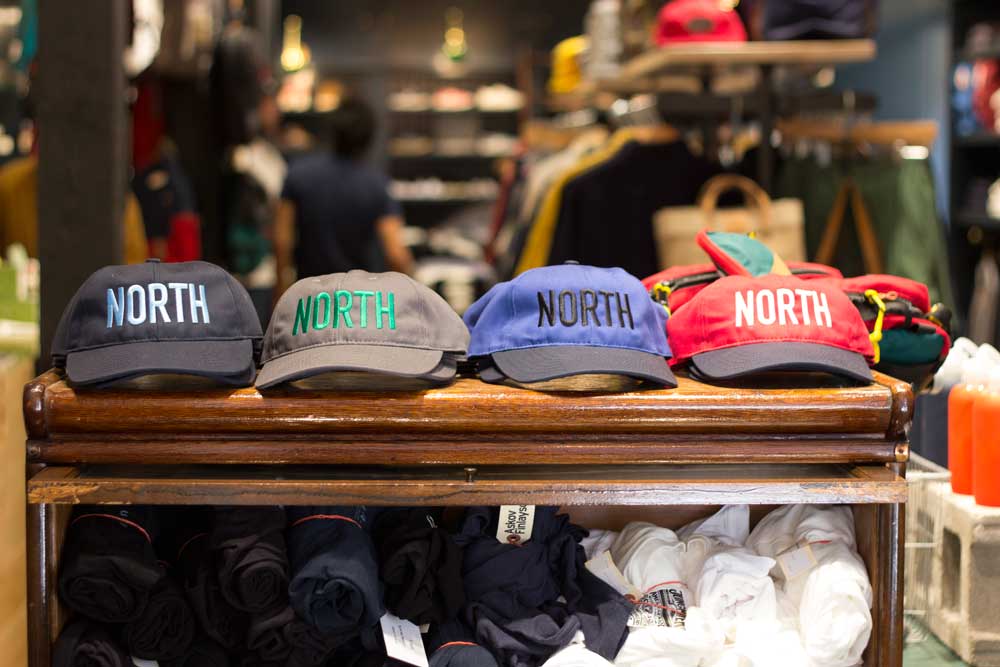 The prices skew higher than an REI or independent outdoors shop, but the quality is good, and many of the products are made in North America, all tested by the outdoorsy brothers who founded the store.

Will Steger gave a tip on a few items now stocked, including the Best American Duffel, which he uses on expeditions. Askov Finlayson is the only retailer in the country to carry the bags, which use 1,000-denier CORDURA nylon coated with urethane and DWR (durable water-repellent finish). They are made in Seattle and sell for $100. 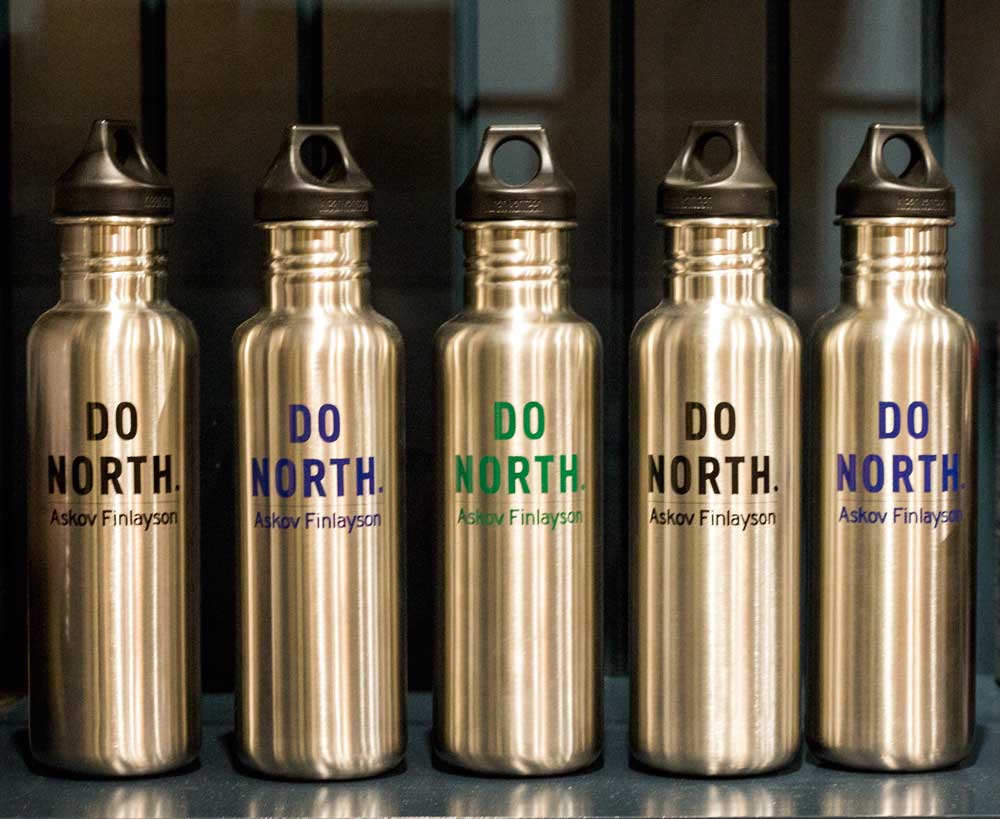 Granted, this isn’t a gear shop. In the back, past a bubble hockey game, a new addition is a store within a store, a Warby Parker showroom. The eyeglasses brand opened a 250-square-foot retail space as a partner on site, and it is one of the very few physical storefronts for the hot online eyewear brand.

You can still purchase $35 Patagonia base layers and accessories for a backpacking trip. But Dayton uses “outdoorsy” only as one of the descriptors when talking about the store, despite an aesthetic influenced by North Woods cabins, canoe paddles, and pictures of pond hockey games.

Dayton says, Askov Finlayson — which is named after a pair of tiny towns north of Minneapolis who share a road sign — is a store that embodies its geography and doesn’t try to be more than that. He sees the store as Minnesota through and through, from the pine tree motifs and the hockey pucks for sale, to the Will Steger jacket on the wall.

Around all that you will find the racks of expensive clothes, including the $218 Askov Finlayson Explorer Pants, which are cotton-canvas trousers with reinforced knees. 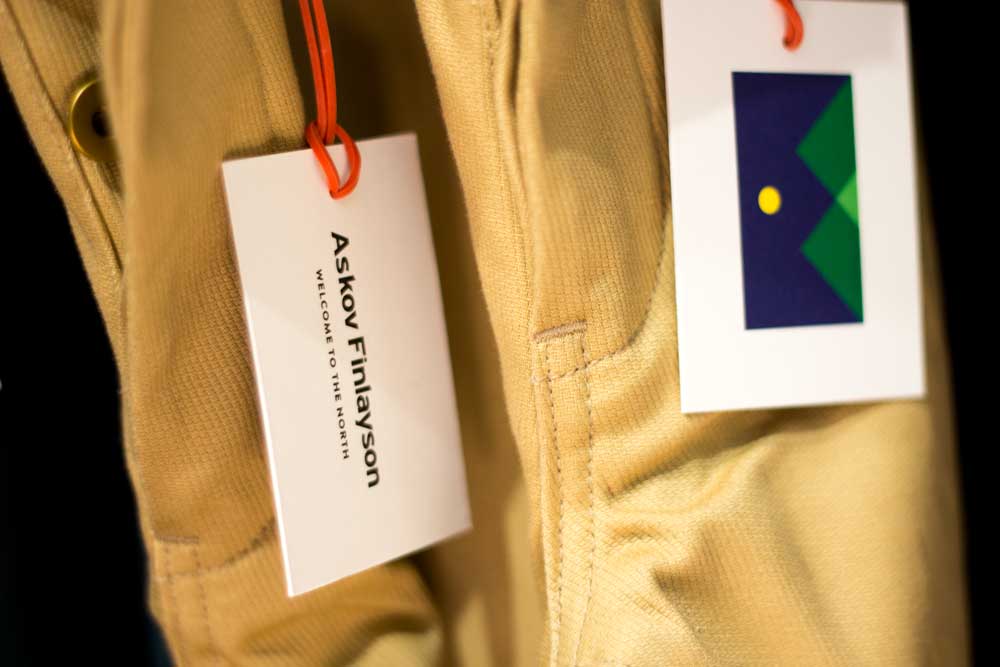 Dayton wore a pair to the interview, and he said they have survived two years of use in the city and in the outdoors. “I can hike in them or drop to a knee to grab something,” he said, demonstrating their versatility, “but they also work well with a blazer if I’m headed to a business meeting or out for a nice dinner with my wife.”

They are pants designed in Minnesota and made in the U.S.A. Yes, they cost twice what a normal pair of good pants go for, but, Dayton argues, they are maybe twice as durable and look just as good. 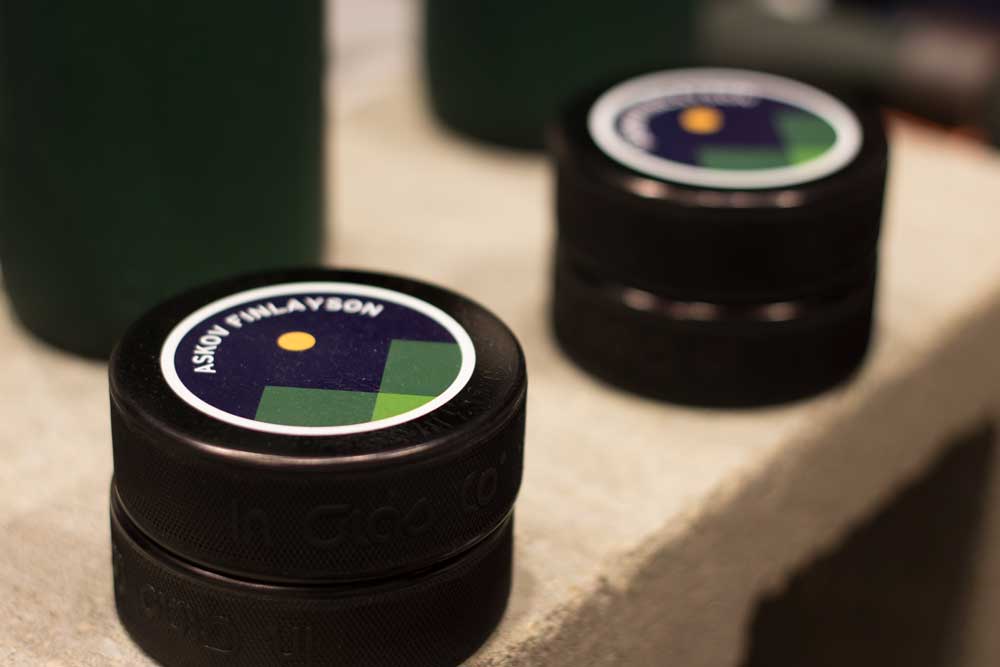 “With our products, we’re going for quality and timelessness,” he said. In some questions I brought up adjectives like vintage and fashion, and Dayton, who was exceedingly polite, had to hold back a sour face. (I didn’t have the heart to mutter “lumbersexual,” despite the store’s propensity to beards, flannel, and the theme of a cosmopolitan outdoors.)

“We draw inspiration from good tailoring and forward-thinking, and we’re not ‘heritage’ either,” he said, attempting to explain the theme of a store that appears very much a “fashion” shop when you walk in the door.

But as Dayton worked into the back story, and the company’s plan going ahead, I began to see the vision. Quality, durability, and a nod to life experiences and daily use; a trust in the clothing you wear and the goods you use; a non-disposable nature in a society that’s normalized single-use and throwing lots of things away; and, adding to all that, a made-in-North-America ethic, all with deep Minnesota (my home state!) roots… ok, I was fully drinking the root beer by this point in the interview… but maybe you, too, can begin to see Dayton’s vision for the store and the brand. 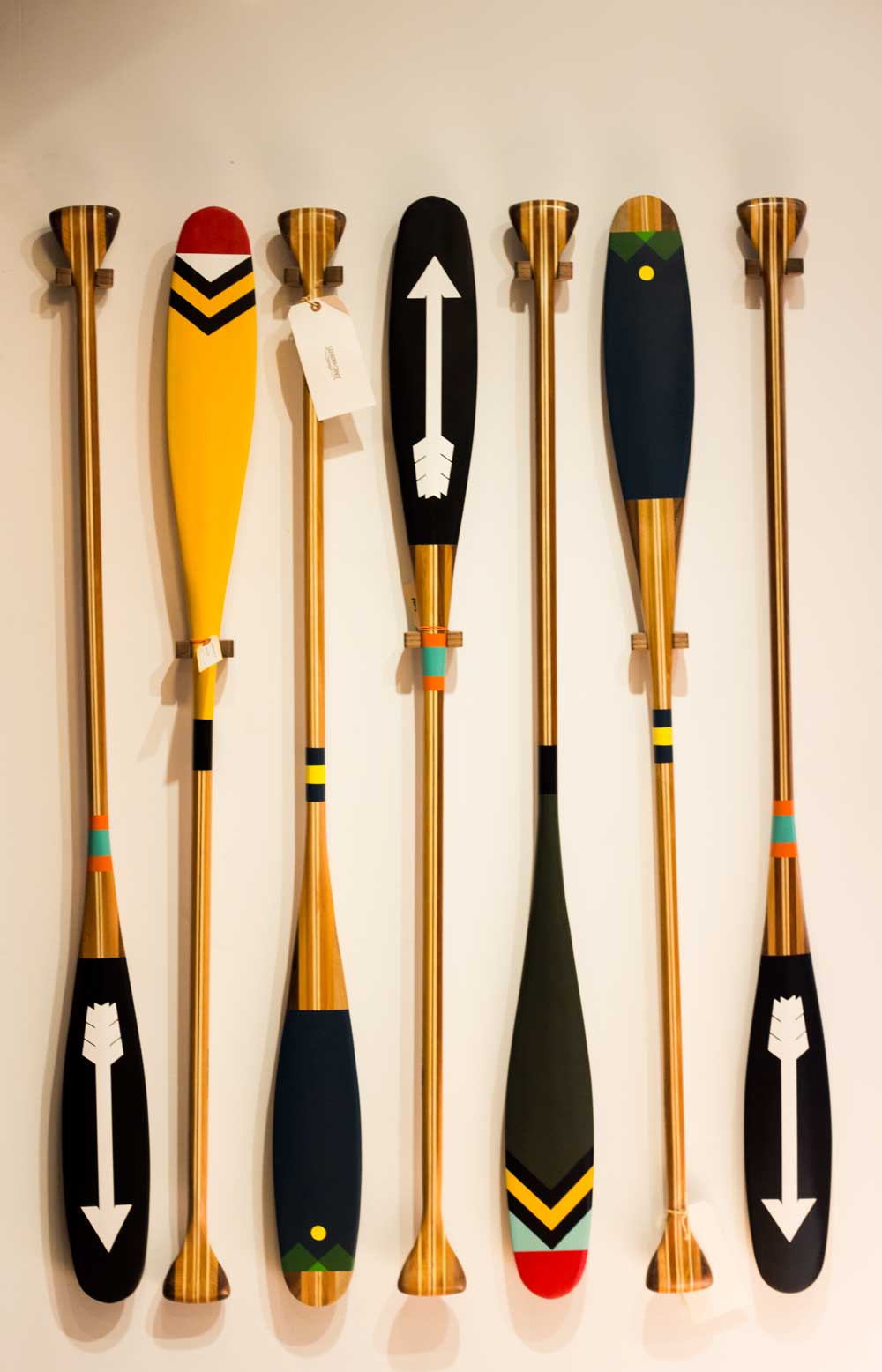 It was a Wednesday afternoon when I visited, and there were probably 10 people in the store. Not bad for a weekday in the quiet, but trending, North Loop neighborhood of downtown Minneapolis for a store with $218 pants and $105 sweatshirts. But there are also normal-price T-shirts, branded with an “N” for North, and hockey pucks, stamped with the Askov Finlayson logo, for $4.

I played a game of bubble hockey with a stranger when I arrived early at the store. We slapped the tiny puck around, little men spinning, exaggerated hockey sticks, the black disk pinging off the plastic dome. It whipped around and around, but neither of us could score. 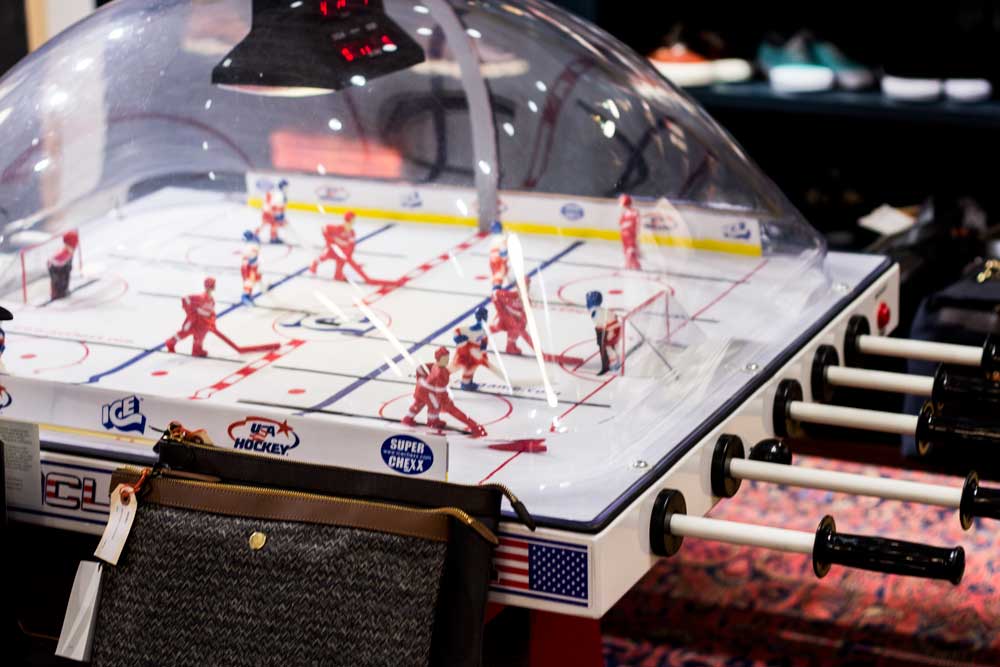 Dayton showed up and I quit, reaching out to shake the hand of the stranger before walking away, mentioning my love of the bubble hockey game as a kid.

We started a store tour at the front, up by an old American flag. Walking into the curated gear den that is Askov Finlayson, somehow I felt at home. 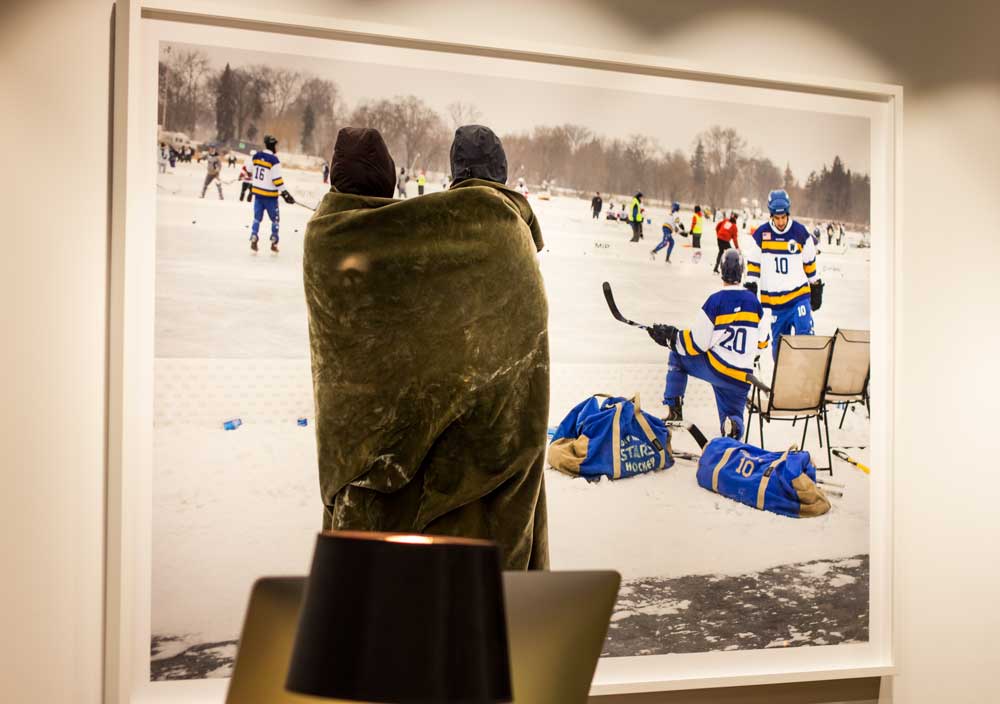