A stretchy, waterproof shell (coupled with advanced insulation) and fabric that appears almost like leather: Columbia touts the OutDry Ex Mogul as its ‘most technical jacket ever made.’ 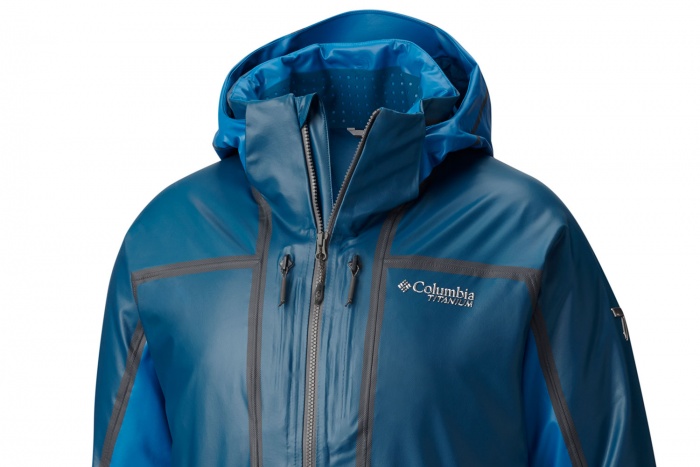 Columbia partnered with World Cup skiers to build a jacket with the latest technologies. The new-for-2017 OutDry Ex Mogul Jacket is a flexible coat of armor unlike anything else on the market.

Similar to those worn by World Cup and Olympic athletes competing on the international stage, the Mogul deflects water from its face and insulates the wearer from cold. But it also stretches with movement to allow for performance on the slope.

The soft, supple jacket has a slight shine that gives it a look somewhere between leather and nylon. It’s sure to turn heads.

Becca Johnson, a designer at Columbia Sportswear, told us more.

Columbia has been the uniform designer for the U.S. Ski Team’s Aerial and Moguls teams for seven years, including World Cups and the Sochi Olympics.

Columbia will unveil the US, Canadian, and Russian Olympic uniforms across the moguls, aerials, and park and pipe events on January 6th. 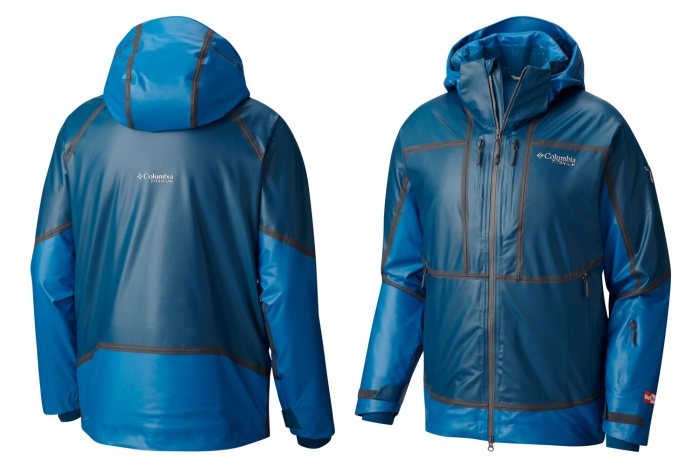 As such, Johnson and other designers worked with athletes to improve jackets used in competition. While the OutDry Ex Mogul Jacket is slightly different, it borrows tech from the Olympic and World Cup designs.

And all that innovation, Johnson said, trickles down to the jackets you and I can buy today.

“We went to Colorado to talk with the ski team,” she said. “They’re on the mountain way more than us designers, so they are the experts. They informed how we built this jacket.”

Here are a few innovations that set the Mogul Jacket apart.

OutDry Extreme is a proprietary fabric that is waterproof from the face out. Unlike most waterproof-breathable membranes, it does not require a traditional face fabric or a DWR treatment. Thus, water beads permanently and won’t soak into the material, even after abuse and wear. 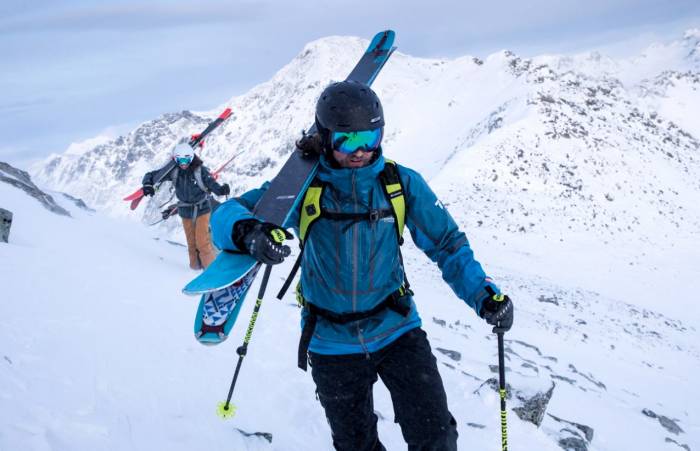 But this jacket goes beyond previous versions of OutDry Extreme. The brand explained that this one can stretch in four directions for unencumbered movement.

“The material on the outside is new for the season. You have a lot more mobility, and it’s softer,” Johnson said.

Columbia engineers insulated the Mogul with Omni-Heat Relfective and 60-gram Omni-Heat insulation. Both types of insulation are stretchy, Johnson said, and they result in a jacket meant for mobility.

“We wanted it to be really active and twist and turn with the user,” she said.

Columbia outfitted the jacket with minimalistic Light Rail zippers for the pockets, which blend into the fabric and reduce weight.

Finally, both the powder skirt and hood are removable. The wearer can also fasten the hood tight to the collar so it doesn’t flop during aerial flips and tricks.

Johnson said athlete feedback trickles down into the entire Titanium line, and the OutDry Ex Mogul Jacket is the tip of this tech spear.

The company’s Oregon-based development team frequently traveled to Mount Hood, where athletes train in the summer, to get real-world feedback.

Johnson said this is the most technical jacket Columbia has ever produced.

“Our goal was to use the best technologies to make the best products so the athletes can perform their best,” she said. “I think we did that.”

This article is sponsored by Columbia. Check out their website here.

Up Next: Insulation Opens Up: TNF ‘Ventrix’ Jacket Dissected