Designed for big elevation and temperature changes, this kit is perfect for big missions in the alpine — but maybe not for everyone.

Patagonia designed the High Endurance Kit (or HEK for short) for alpine environments, with wind, rain, big temperature swings, and situations that toe the line between running and climbing. Instead of serving your neighborhood 5K, this kit is intended for the top of the mountain. Designers built it for the type of runs that make you both too hot and too cold, for wet river crossings and afternoon storms. These are missions athletes measure in hours, not mileage.

For those adventures, the HEK proves nearly perfect. It stands out from the crowd as a complete system for trail runners enough that we awarded it Best in Show at the Outdoor Retailer Summer Market in 2019. But that doesn’t mean it’s the right trail-running kit for you. 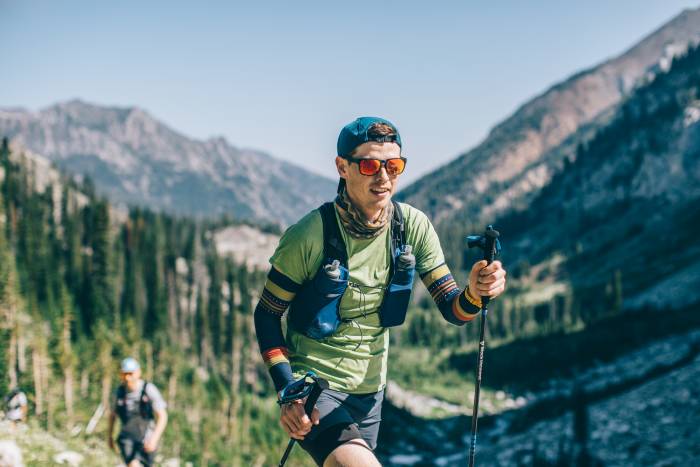 Setting out, the lead designers at Patagonia asked themselves a different question. Instead of attempting to make the single best pair of running shorts, the goal for the HEK was to make packing for a long run easier and to reduce stops during the run. A simplified system would mean less chaos the night before. It also meant nothing left behind the morning of a run, which makes for more fun during the run itself.

To accomplish these goals, the kit would need to work seamlessly together and enable you, the run-adventurer, to bring less stuff, even during long days in a variety of environments.

After a few hundred miles of testing, including a 35-mile loop around the Wallowas in Oregon, I’m notably impressed.

The six components of the kit are as follows:

The only product I didn’t test was the Storm Racer Jacket, as it’s still in development. With the exception of the Capilene Cool Lightweight Shirt ($32-55), available now in short- and long-sleeve, Patagonia has not yet set the pricing on these items, which will hit the market in 2020.

Here are the five pieces I tested over the last month.

My first impression of the Capilene tee was the feel of its extremely light, soft, and breathable material that I could tell would dry quickly. The seams felt smooth and unnoticeable, which can make the difference during long runs between happiness and serious chafing.

During one particular long run, I took a somewhat hard fall, grinding my shoulder on coarse gravel. To my surprise, there wasn’t any major fabric abrasion. The Cool Shirt is Patagonia’s lightest-weight knit, wicking moisture and drying fast for long days.

The Airshed Pro Pullover stood out even more. It’s unlike any piece I’ve tested and very comfortable. In fact, I’m wearing it as I write this review. The simple windbreaker is ultra-lightweight and surprisingly breathable, allowing you to wear it longer during the warm-up of your run.

It has longer sleeves that allow you the option of skipping gloves. A slim-fit hood provides warmth and protection in lieu of a hat, helping you cut down weight even more. Finally, a DWR finish provides some weather resistance. The best part is that it packs down to almost nothing, making it easy to stow in a pack or shorts pocket.

The Endless Run Shorts are a hybrid between tights and shorts. They look more like the former but feel much more like the latter, with almost no restriction of movement. Rear panel and thigh taper material felt as durable as most approach pants while somehow not being too heavy. I was skeptical about overheating in them at first, but there were no issues even on long runs in 80-plus-degree heat.

The overall fit was slim and athletic, with a front panel made of lighter material that allowed for plenty of breathability. It felt substantial enough to provide protection against cold winds in harsh conditions, with the compromise of not offering a quick dry. Two pockets built into the sides and one in the back let you redistribute the number of things in your pack and reduce bounce. The Endless Run Shorts are super comfortable for long days of running.

The Strider Pro pants I used less often, but they impress me even more. Patagonia designed them as a layering piece for added weather resistance, but they’re also incredibly light and breathable. They can pack down to fit into a small pocket.

The Slope Runner Vest is designed to fit tightly like a garment, keeping the weight close to your body and lying as flat as possible. The harness is adjustable, allowing for a little more gear, and the extra-wide chest pockets are super easy to use on the go. Relative to the weight and amount of material used in the pack, it’s high-capacity, although I felt maxed out on an 8-hour run.

The hydration pouches in the front were very easy to insert after filling and surprisingly secure. The deep front pockets securely held my phone and ample nutrition. And the back storage is perfect for a few layers, extra food, a filter, headlamp, and sunscreen.

After using it, I learned that the construction relies more on tightness than distribution for stability. Overall, it’s a great lightweight pack for mid-distance days, but maybe not the best for superlong missions.

A quick note on the outer shell, the Storm Racer Jacket: While we didn’t have the chance to test it out, it remains an integral piece of the kit. It also represents a design that Patagonia reps told us they’re especially proud of.

A true three-layer waterproof garment, the crux of its construction is its dual front zippers. It may seem cumbersome at first look, but the idea is that it allows access to both hydration bottles on the front of the vest beneath. And during high activity in wet conditions, it gives the wearer the option to fold down the front panel, tuck down the flap, and dump heat. Patagonia designed this as a solution to the flapping jacket runners experience with a single front zip.

We will test this piece out once it’s available.

The High Endurance Kit was designed with input from Patagonia Trail Running athletes Clare Gallagher and Luke Nelson. I spoke with both of them to figure out what this truly meant. They told me designers called them a year-and-a-half ago to talk at length about their typical runs and hard missions in the mountains.

The two differed — Nelson often runs farther whereas Gallagher prefers relatively shorter and faster efforts. But they agreed on key things about the design: The kit had to be good in a variety of temperatures and a wide array of ecosystems.

Just a month after their first conversation, the two received prototypes of the HEK to test on long runs. After a few back-and-forth iterations with the design team, they traveled to the Dolomites, going on long runs and refining the product even further. Both said they were stoked about the final product and proud to be part of the process. Clare made sure to say, “The women’s spandex will change lives. They are so, so good!” 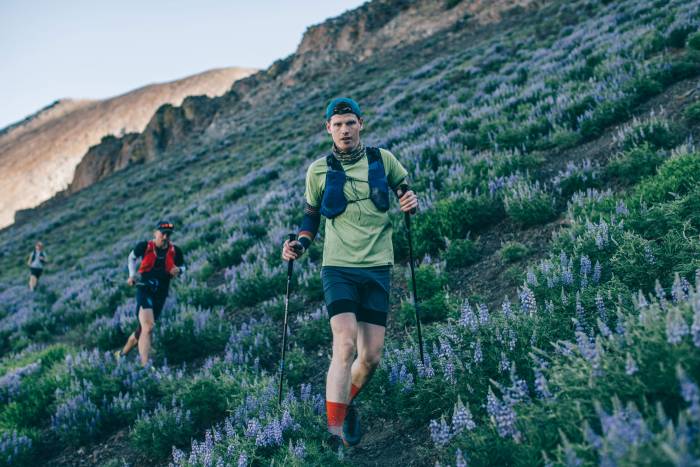 Overall, I’m a big fan of both the big and small innovations Patagonia made to its trail-running kit. The pockets are large but still keep stuff close to the body.

The materials felt soft, durable, and incredibly breathable. And the pullover and pants are some of the best long-sleeve running gear I’ve ever tested. That said, I’m a distance runner who often spends hours at a time in the mountains.

For running around town or even short jaunts on the trail, this kit would likely be a bit overkill. This is a serious kit for serious pursuits. And based on our first impressions, there’s a lot to like about the Patagonia High Endurance Kit.

Saving…
Backcountry Semiannual Sale: Half-Price Gear
Better Than New: Up to 68% Off Used Gear at REI
×