Meet the shirt ‘designed for situations where you know you’re going to look like crap.’ 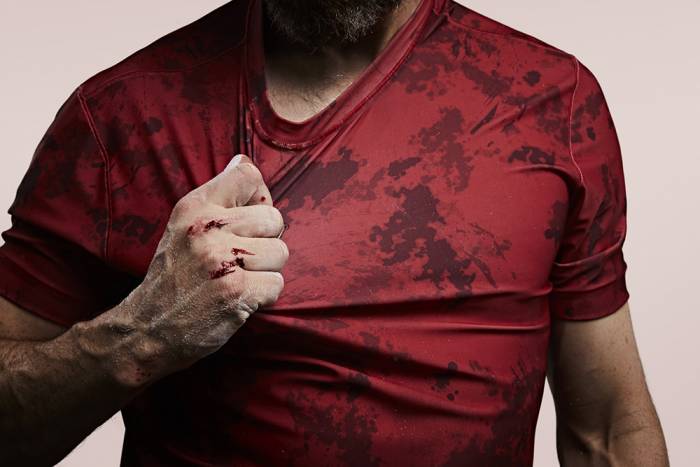 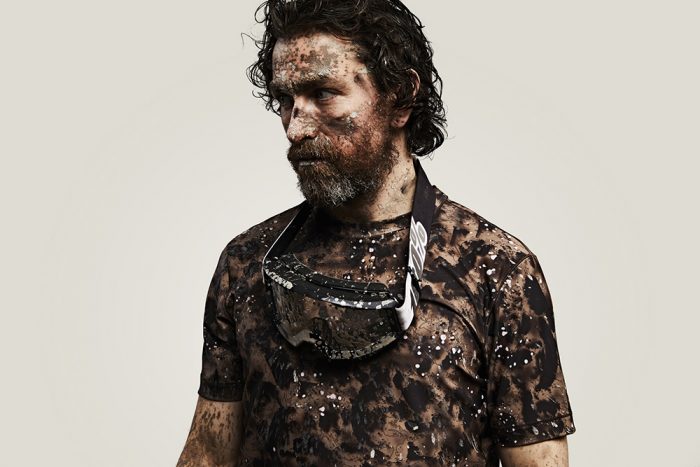 The shirts use a poly blend with 22 percent elastane for breathability and stretch, and retail for about $80. 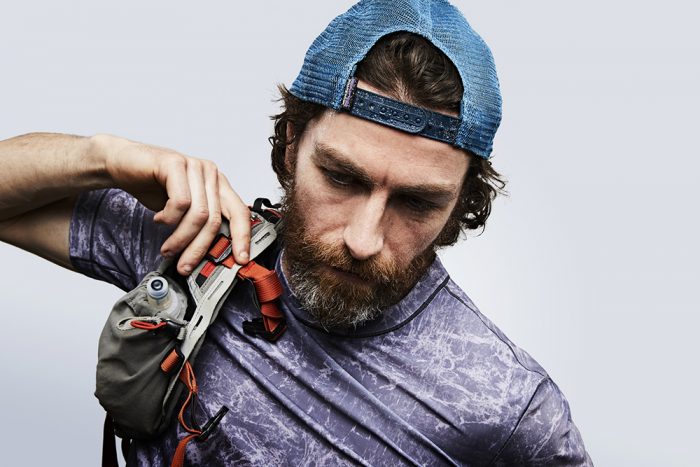 But to really complete the effect, Vollebak designed specific patterns for each, to mimic the way people bleed, sweat, and dirty their clothes.

As a result the product descriptions read like a forensics report.

“Fresh blood with maroon pools and spatters, with a paler seeping surround for dried-on stains.” Fun! 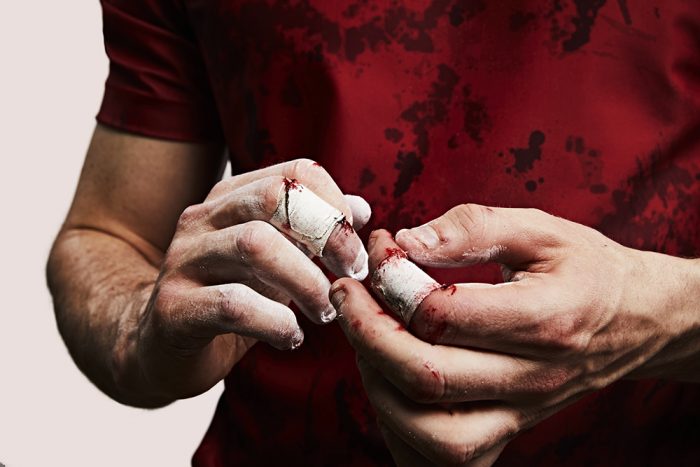 Meanwhile, the sweat-marked shirt is a grey base with off-white markings in a marbled spider-web pattern. The effect looks surprisingly like an already filthy shirt. 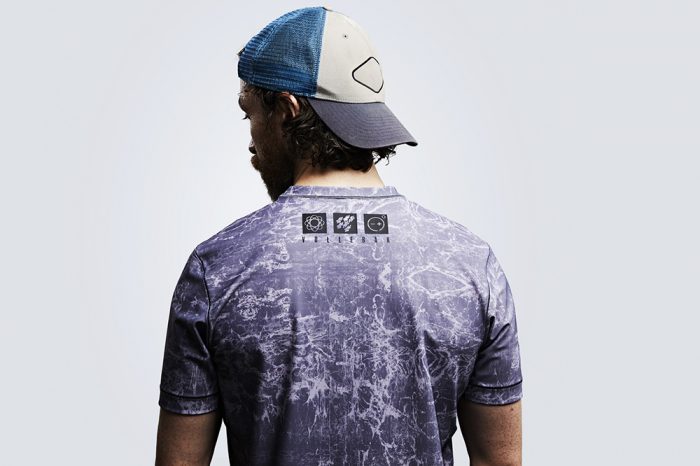 And, according to Vollebak, the mud-splashed camo shirt “makes washing optional.” Pseudo-wet brown stains randomly smudge the shirt with “dry flakes” speckling at an angle, like debris “spat up from your tires.” 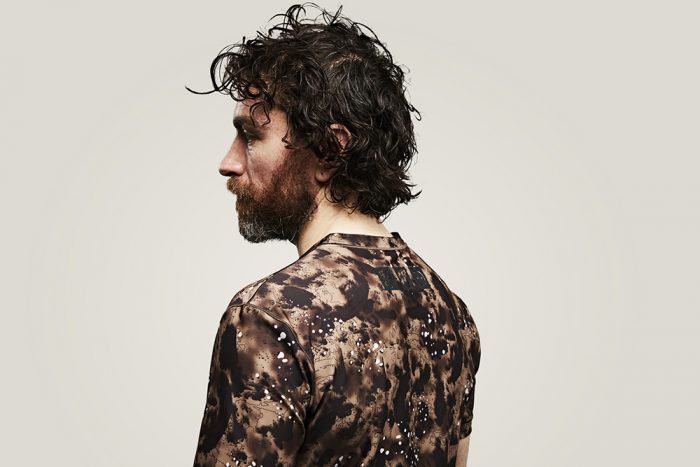 This is an odd but interesting idea. While we hate to ruin a good shirt with O-positive or back-lacquer, a lot of adventure clothing does wind up anointed with real blood, sweat, and tears — I mean dirt.

Now, if we could only get some clothes that already smell…