If this isn’t truly batsh*t crazy, we don’t know what is. Watch these guys fly into an airplane in the Swiss Alps. The bar, it seems, has been raised. 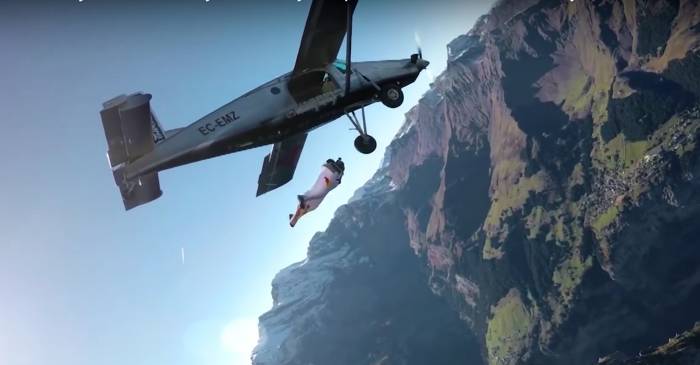 So, BASE jumping isn’t intense enough for you? Got the wingsuit blahs? Well, Fred Fugen and Vince Reffet have a totally new adventure for you: Jump off a mountain and land inside a flying airplane.

Fugen and Reffet, French BASE jumping experts known as the Soul Flyers, nailed the jump as a 20-year anniversary homage to a stunt performed by Patrick de Gayardon in 1997. The original stunt had de Gayardon jump from an aircraft with a wingsuit and then fly back into the plane.

To up the ante, Fugen and Raffet launched from the top of one of Europe’s highest peaks. The resulting video, A Door In The Sky, tells the story pretty well.