The humble bike is Blackburn ambassador Erick Cedeño’s inspiration, medium, and method of exploration. Learn how a bike can help get you outside too.

Blackburn’s ethos is to “inspire people to ‘get out there’ on adventures grand and small” — especially when that involves bikes. The bike brand wanted to embody that sentiment in its latest film, “The Nomad.”

“’The Nomad’ film has one simple goal,” Blackburn wrote, “to help illustrate that everyone belongs out there.” Blackburn ambassador Erick Cedeño, aka “Bicycle Nomad,” is a nomad in the truest sense of the word and spends much of his time traveling by bike. 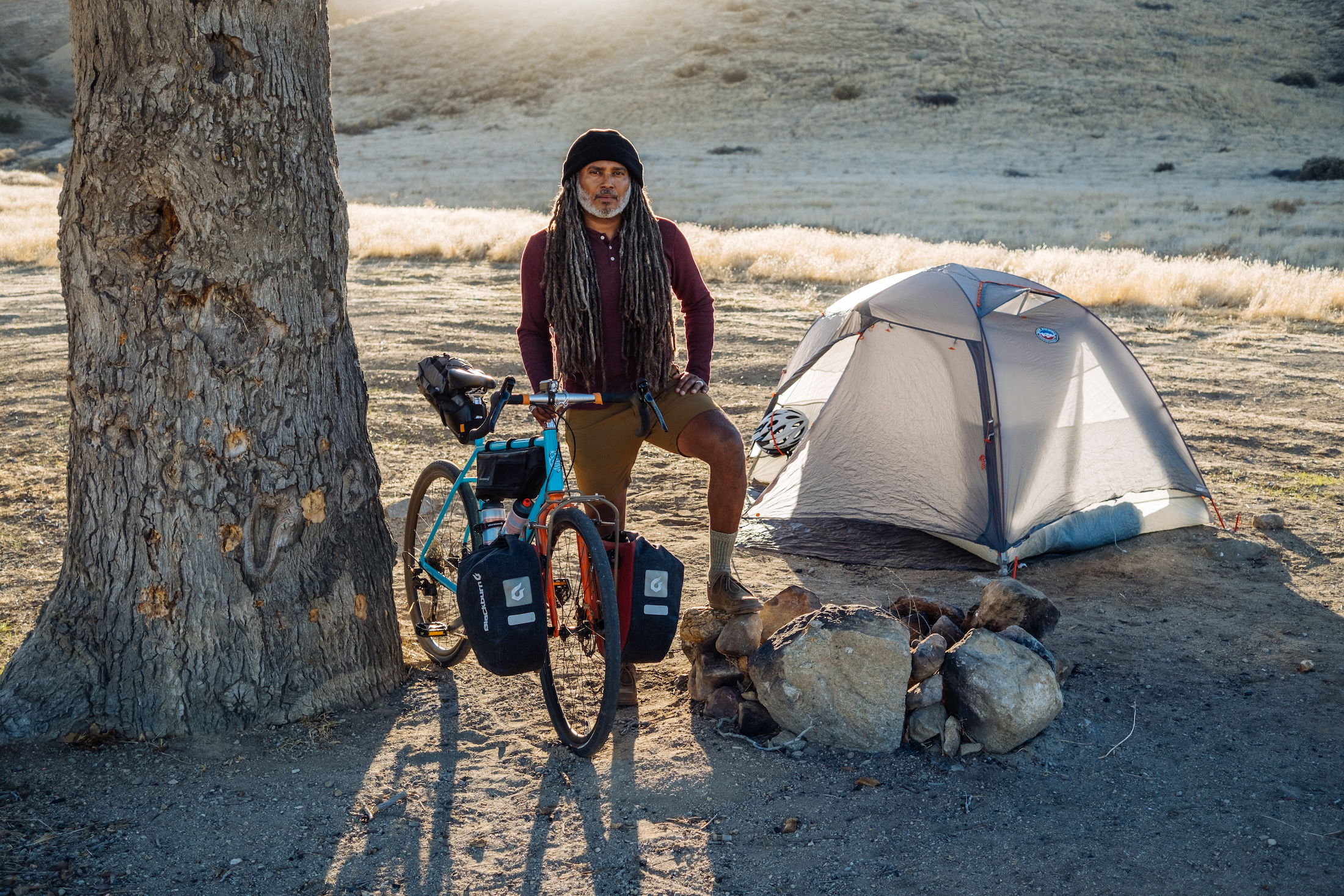 For Cedeño, traveling by bicycle gets him outside but also clears his mind and feeds his spirit. “I’m not from here, I’m not from there. I’m from everywhere. And I belong there,” he said.

And maybe that’s the inspiration we all need. We don’t have to be from someplace to explore it. We can simply live as one with the landscape (and our bikes) in the present place, wherever that may be.

“The Nomad” was a 3-month project with Erick Cedeño and filmmaker Brian Vernor. The majority of the film was shot in California’s Los Padres National Forest.

Bikepacking & Backpacking the Sierra Nevada: Watch 'The Long Way Around'

Like bikepacking? Like backpacking? Combine the two in an epic bike-to-pack-to-hike adventure. Watch 'The Long Way Around' film to see what we mean. Read more…