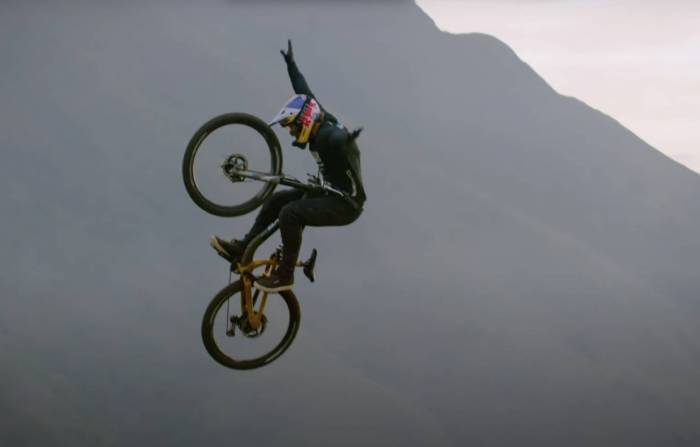 ‘Esperanto’ looks rad — like, really rad. At first, it also looked like you could only watch the entire MTB film if you could get to one of a handful of stops between the Rockies and the West Coast. But that just changed.

If you’re into freeride mountain biking, you will want to see “Esperanto.” Shoot, you’ll want to see it if you’re into cycling, adventure travel, or the common language of life and psych we all share, which is what director Jeremy Grant said he focused the film toward.

But all that aside, it previously appeared you had to find it on location if you wanted to see the 50-minute MTB cut. Not so anymore.

You can now stream it through several online platforms like Apple TV, Vudu, XBOX, Prime Video, and more, in addition to TGR’s website. You’ll still pay a few bucks — plan to spend about as much as you would on a six-pack to purchase the film, depending on the platform.

Once you’ve got it, gather some beverages and some friends and watch Grant’s film crew capture an all-star roll call of athletes (including Brandon Semenuk, Brooke Anderson, Carson Storch, and Chelsea Kimball) all over the world.

Spoiler alert (sort of): from our first looks, the riding and the camera work look equally virtuosic. The concept deserves the effort behind it. The crew travels from Wyoming to Utah, Canada, Ecuador, Zambia, and Japan to document the rad life and the authentic human moments that usually accompany it.

“Esperanto” does not come across as your everyday “pros shred the gnar” cut: wildcards and up-and-comers dot the athlete cast, which spends some time hanging out and mingling throughout the far-flung action.

“Our vision for the film was to combine riding and stories from around the world into a cohesive tapestry,” said film director Grant. “Despite our differences and the distance between us, bikers are brought together by a mutual love for the sport. The film showcases the world’s best riders in the coolest places, but instead of leaving the segments to speak for themselves, we use the overarching theme of a universal language of expression to tie it all together.”

Psyched? Stream it, or check it out live. Dates every few days currently fill out the calendar through mid-November. Event promoters interested in hosting a stop can apply to license “Esperanto” through TGR. 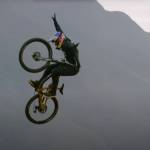 Bonus Cut: Behind the Scenes of TGR's 'Esperanto' Bike Film

Behind every rad shredder is an even more rad film crew. In 'Esperanto,' freeride MTB studs take on breathtaking high-mountain terrain in Ecuador. Read more…