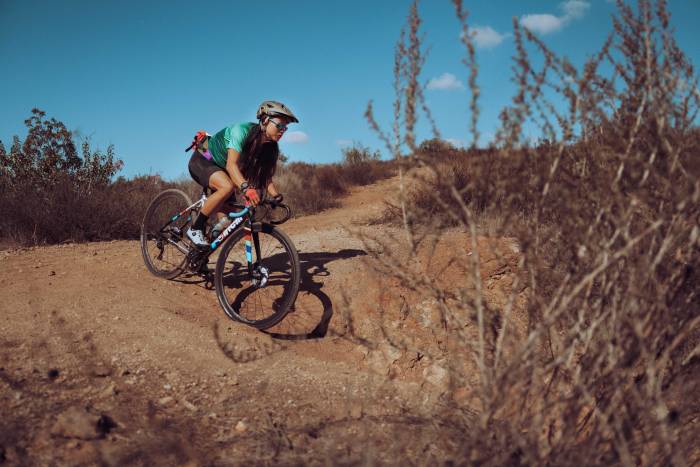 Josie Fouts sees life a lot like a mountain biking trail. You can hear it in the way she talks about the challenges she faces as a para-cyclist, navigating obstacles, climbing hills, and choosing the best lines of approach.

“I’m on these trails that undulate. They have these ups and downs, and you learn how to use downward momentum to overcome the next hill,” she said.

“You get to pick and choose your battles. If there’s a giant boulder in your way, maybe you don’t have to go over it. Maybe you can just go around it. This is how I learned to be an advocacy leader: me riding my bike and learning to trust the flow of gravity.”

Following the Flow — to the Paralympics

The flow of gravity has taken Fouts to some amazing places. It’s taken her around the country on cycling competition circuits. It’s taken her on long-haul adventures across foreign countries. It almost took her to the 2020 Tokyo Olympics, too.

But then that pandemic happened and delayed the games. Then, Fouts fell in love with mountain biking and realized something that would change the course of her riding career.

“Right now the Olympics offers four disciplines for cycling: road, track, BMX, and mountain bike,” she said. “But the Paralympics only offers two: road and track.” So she embarked on a new mission: to get mountain para-cycling approved as a Paralympic sport.

But first, before anyone told her or any other para-athletes how they could do that, she wanted to show them.

That’s why Fouts, along with four other para-athletes, set out for Utah this week to the infamous White Rim Trail. The team is on a mission not just to complete the 100-mile desert ride, but to set the trail’s FKT for mountain para-cyclers.

“I know that despite whatever anybody else says, this can happen. It can be done,” Fouts said.

Setting the White Rim Trail FKT: A First for Para-Athletes

Fouts is a determined person. The cyclist was born without her left hand, but hasn’t let that stop her from accomplishing anything. She got a master’s in science from the University of California, San Diego, and worked as a microbiologist before falling serendipitously into professional cycling. She was a natural at the sport. Fouts quickly gained infamy in the para-cycling community as one of the most tenacious racers out there.

Now, she’s taking those skills from the road and track to the mountains, to the White Rim, to break FKT records and challenge minds.

“There’s no official para-FKT [on the White Rim Trail],” Fouts said. “So we have that opportunity.”

So yesterday, Fouts, along with Roger Withers, Annijke Wade, Steven Wilke, and Matt Meredith set out on the White Rim. They have both a film crew and a support crew. They have SwiftWick socks. And they plan on smashing the trail together. They’re riding as a unit, Fouts told us. And they’re documenting the journey in a film that she’s clearly psyched about.

“The main purpose of this film is to show the world what it takes to get people like us onto the most expensive types of bikes and to have us survive doing a goal that is bigger than anybody or any one of us alone,” she said.

“You want to know what’s uncontrollable? Putting six para-athletes into the middle of the desert for a hundred miles. If we can do it, what is your excuse?“

Fouts hopes this accomplishment and the subsequent film (titled “Tread Setters”) set a new trend. It will open other athletes’ eyes to the possibilities, and maybe even help nudge the National Paralympic Committee to make para-mountain biking an official Paralympic sport.

“I think this is it. This is the project to make them change,” Fouts said. “When we focus on the abilities that we do have, we can outride anything.” 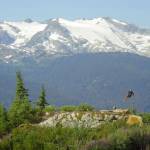 World-class photography, undeniable British Columbia beauty, and some of the best slow-motion MTB shots we've ever seen — this coffee-break vid will make your day. Read more…