Josie Fouts loves to mountain bike. And she’s good at it. Problem is, her sport isn’t recognized by the Paralympics.

Josie Fouts, 26, is a mountain biker and adaptive athlete. She’s also a transradial congenital amputee, which means she was born without her left hand. And she’s actually only been on the bike scene a few years. Despite her being a novice, she’s quickly climbed the ranks of the sport.

If you’re thinking, “It must be hard to get into mountain biking with a limb difference,” that’s not actually the hard part. The hardest part is getting the opportunity to compete.

“There’s a gap in ability, and a double standard,” Fouts told us. “When I realized it wasn’t a discipline, I thought, ‘Wait, why is mountain biking an Olympic sport and not a Paralympic sport?'”

Fouts, a two-time National Champion at the U.S. Paralympics, can’t actually compete as a mountain biker. The sport doesn’t exist in the world of Paralympics. While the Olympic Games currently offer MTB, road, track, and BMX disciplines, the Paralympics only offer road and track.

“The industry isn’t promoting para-athletes on mountain bikes, so they don’t show up at races, so then [races] don’t include them. It’s a vicious cycle,” Fouts explained.

So between bikepacking and training, Fouts is currently leading the charge to make para-mountain biking an Olympic sport. She aims to close the gap in opportunities for able-bodied athletes and those with disabilities. And she hopes to throw her hat in the ring come Tokyo 2021. 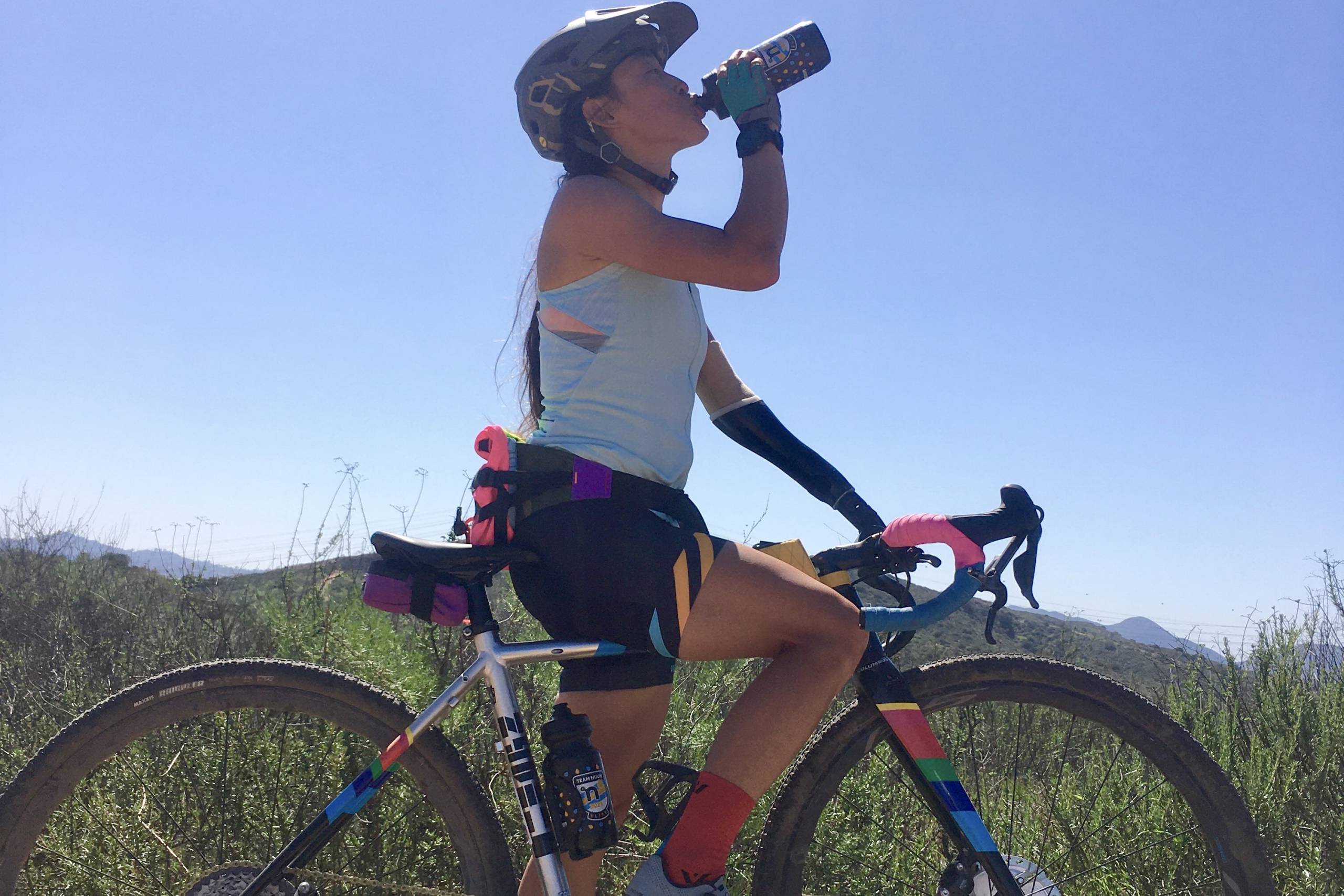 GearJunkie: When did you first start riding bikes competitively?

Fouts: I was an amateur cyclist competing at an elite level. My first track meet was in December of 2018. That’s where I won two national championships and set a national record. I just knew paracycling was where I was supposed to be.

How did you go from track cycling to mountain biking?

When COVID happened, it kind of presented a new opportunity for me. I didn’t need to race or keep up my race fitness because there weren’t any races. I wanted to use that time to explore more about the bike. So, like almost everyone did in COVID, I bought a mountain bike.

It’s the shades and foliage and contrast of nature — it’s so much better than flat track and walls. This film is about showing para-athletes (and able-bodied athletes) can get out there on the dirt, turning the cycle into a cycle of growth. That’s my ultimate goal: to get more people on bikes, but specifically outside, in nature.

Can you talk about what it’s like as a para-athlete? And competing at Tokyo this year?

The process to be on the Para team is a little unconventional. Tryouts are only one month before [Tokyo]. If I’m fast enough, I get to go.

Cycling still isn’t really seen as a sport, like football or basketball. And then add on you are para on top of that. And then factor in gender. And then factor in disciplines: two-wheel, a tandem bike, a handcycle … you end up competing against one or two other people. So my odds are pretty good.

[There’s also] all the politics of para-classification. You can see my limb difference. For other athletes, you have to describe that. Say you are functioning at 40%, or you have CP, or partial ability — you can only classify for a certain group. It’s like something you have to prove.

But it’s frustrating, yeah. I’ve never had anybody as a role model. I couldn’t see anyone who looked like me doing the things I wanted to do.

What’s something being a para-athlete has taught you about yourself or helped you achieve?

The film turned out to be really good therapy for me. It helped me realize why I am the way I am. I just focus on what I can do. I focus on the benefits of being a woman who can pioneer for para-women and para-cyclists as well. I could be frustrated with what I don’t have, but I’d rather focus on what I do have.

The biggest thing it taught me is that I am part of such an amazing community. Even in racing, it’s a team sport. It’s the nature of the sport to be inclusive.

You’re starring in a new Pearl Izumi film called “Go Josie.” Can you tell us about the film and the bike you recently built?

The bike I built in the film is a gravel bike: road frame geometry, no suspension, thicker tires. The bike build kind of reflects the story of me transitioning from an amateur cyclist to an athlete. I started out building it in my garage, by myself, and I was getting nowhere. The problem isn’t as big if you reach out and ask for help. So asking for help, working with Leo, being part of the community.

My brake setup [on the gravel bike] is super unique. I have two levers on the right, whereas on my road bike I have one mechanical brake with a cable splitter that brakes 50% of braking power on both sides. On the bike I built in the film, the brakes are all hydraulic. I actually added a third brake on the top of my bar.

I didn’t notice this at first, but each obviously adds weight to the bars, so my bike kinda just turns right. I’ve realized I need to build more strength in my left arm to balance that out.

I want to reiterate the importance of having inclusive sponsors. Brands like Swiftwick, Pearl Izumi, Lazer, Shimano — they treat me like an able-bodied professional. Without them, I wouldn’t be able to do the things I want to do. Their support is huge.

Fouts and her wealth of MTB skills are on full display in the film “Go Josie,” out now. Watch the film here. Looking for more? You can find Josie Fouts on Instagram @ms.stubbornness.

The “Go Josie” film is sponsored by Swiftwick and Pearl Izumi.

This film gives us all the feels and gets us so excited for the future of cycling, bikepacking, and climbing. Read more…

Up Next: Teva Partners With TerraCycle to Create ‘Forever’ Shoe Recycling Program